Working Together Without Falling Apart 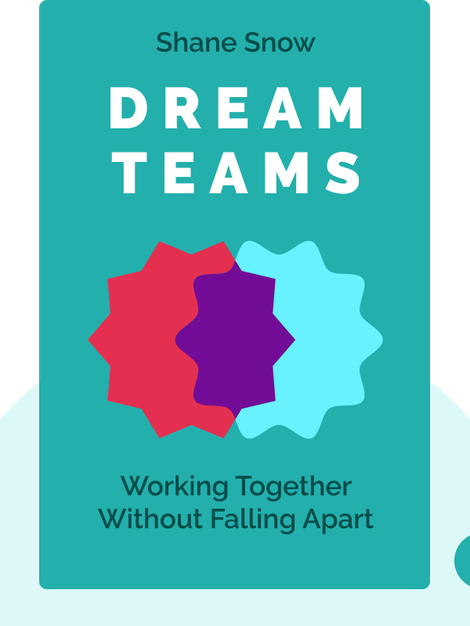 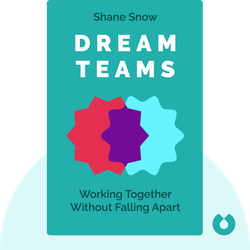 Dream Teams (2018) highlights what it is that makes for a truly great team. Replete with quirky and interesting examples from different times and industries, Snow shows the science behind dream teams, what made them so fantastic and how their strategies can be applied today.

Shane Snow is an award-winning journalist, and the cofounder of the content technology company Contently. He’s the best-selling author of Smartcuts (2014) and the coauthor of The Storytelling Edge (2018).

Working Together Without Falling Apart 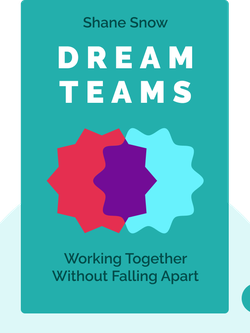 Dream Teams (2018) highlights what it is that makes for a truly great team. Replete with quirky and interesting examples from different times and industries, Snow shows the science behind dream teams, what made them so fantastic and how their strategies can be applied today.

Dream teams benefit from diversity of background, gender and opinion.

In 1974, the FBI was trying its hardest to serve a subpoena to a Mafia boss based out of Newark, New Jersey. In those days, the law was pretty clear: only if the subpoena was given directly and personally to somebody was it necessary for them to obey it and appear in court. So the Mafia boss came up with what he thought was a winning strategy: he surrounded himself with bodyguards. No subpoena-wielding FBI agent was going to get close to him!

In the end, it was a young female agent, Chris Jung, who came up with a plan. She’d go undercover to the wedding of the Mafia boss’s daughter. She’d make out that she was one of the wedding guests and deliver the subpoena to the boss herself as he welcomed the guests.

She was able to succeed because she was a woman in a male-dominated profession and so managed to achieve her goal without causing undue suspicion at the Mafia wedding.

There are two lessons here. Firstly, generally speaking, diversity among team members will increase the chances of finding the right solution. Secondly, as Jung showed in this case, diversity can bring new ways of thinking to teams.

Jung demonstrated that agency work didn’t have to be a show of strength and brawn. Disguise, intrigue and clever maneuvering could also reap rewards.

These lessons don’t just apply to women in male-dominated teams.

Gender and racial diversity within your team will add the kinds of perspectives that foster problem solving. That’s because your lived experiences shape the way you see the world, the way you think and, ultimately, the way you solve problems.

A greater range of diverse opinions from different backgrounds will challenge people to re-evaluate entrenched perspectives and prejudices.

In 2013, four different US universities invited around 200 people who self-identified as either Democrats or Republicans. They were to participate in a murder mystery scenario.

Interestingly, even though the scenario didn’t involve politics at all, when the participants were told they'd be explaining their solution to the murder mystery game to people of opposing party allegiances, they prepared themselves better and worked on stronger arguments.

The study showed another benefit of diversity: if a team is more diverse, the decisions that are presented will have been strength-tested for success.

Start your free Blinkist trial to get unlimited access to key ideas from Dream Teams and over 3,000 other nonfiction titles. With bitesize text and audio, it's easier than ever to find the right ideas to transform your life.