The Power of Self-Discipline 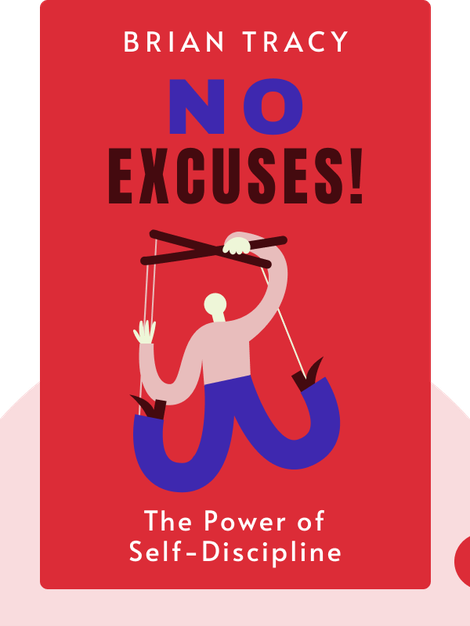 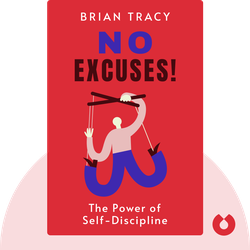 No Excuses! (2010) defines self-discipline as the key to achieving success, explaining how applying self-discipline in all three major areas of your life – personal success, career and overall happiness – can have a profound impact on your well-being.

Brian Tracy is a Canadian-American author. He’s written over 70 books, including the best sellers Eat That Frog (2001) and The Psychology of Achievement (1984). He is also a motivational public speaker and CEO of Brian Tracy International, which he founded in 1984 to provide people with advice on leadership, sales and achieving success.

The Power of Self-Discipline 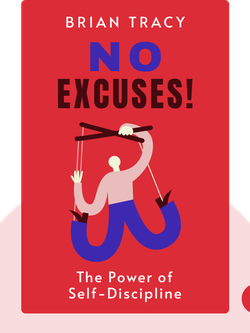 No Excuses! (2010) defines self-discipline as the key to achieving success, explaining how applying self-discipline in all three major areas of your life – personal success, career and overall happiness – can have a profound impact on your well-being.

Achieve success by learning from experts and accepting responsibility for your life.

Have you ever wondered how certain individuals, though allotted no more time than most people, manage to accumulate vast wealth and achieve great success? Well, it’s mostly a matter of self-discipline applied to the three fundamental areas of life: personal success, career and overall happiness.

You can do this, too. And it’s best to start by becoming disciplined about your personal success.

A great way to do that is to learn from the experts in your field. Attend their conferences, read their books and listen to their podcasts.

Just consider the author’s San Diego-based dentist. He attended every dental conference he could, and, at a conference in Hong Kong, he learned a technique that transformed his career. At the conference, a Japanese dentist shared a new procedure that permanently improved the appearance of teeth. The author’s dentist immediately began implementing this new technique, and within a few years, clients from all across the United States were booking treatments at his clinic.

By the age of 55, he was known as a “dentist’s dentist” and had earned enough money to retire.

Is the thought of early retirement appealing to you? Well, then it’s time to accept responsibility in your life.

The author learned this the hard way. When he was 21, he worked in construction, earning just enough money to get by. He had no car, no savings and lived in a tiny apartment. Then he had an epiphany: he had to take responsibility and change his life. He had to stop blaming his problems on his childhood and lack of education.

The very next day, he began working harder. He also started buying self-help books and dedicating his life to self-improvement. His conscious decision to no longer make excuses or blame others played an important role in his future success.

Start your free Blinkist trial to get unlimited access to key ideas from No Excuses! and over 3,000 other nonfiction titles. With bitesize text and audio, it's easier than ever to find the right ideas to transform your life.