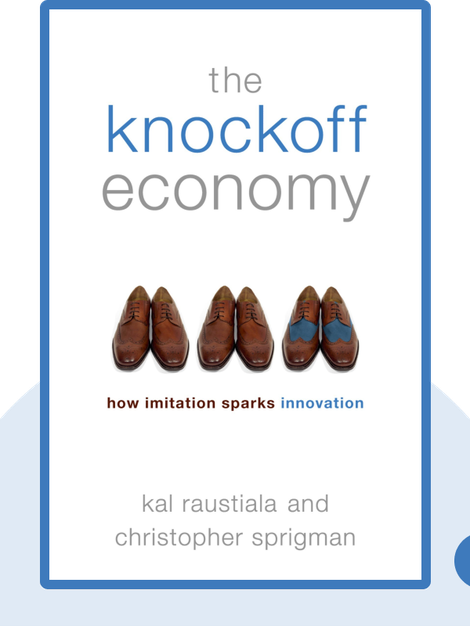 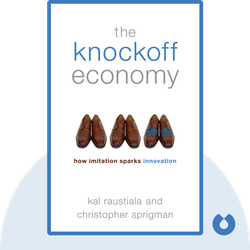 The Knockoff Economy challenges the idea that copying and imitation pose serious barriers for industries. Instead, it uses concrete examples to demonstrate how, in an age where copying is easier than ever before, innovation is at its historical zenith.

Kal Raustiala is a professor of law at UCLA as well as the author of Does the Constitution Follow the Flag? His research focuses primarily on international law, international relations and intellectual property.

Christopher Sprigman is a professor at New York University School of Law. His research deals primarily with copyright and intellectual property. 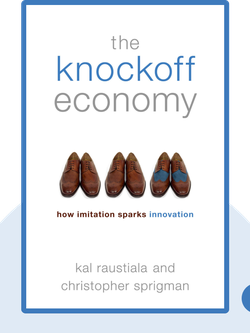 The Knockoff Economy challenges the idea that copying and imitation pose serious barriers for industries. Instead, it uses concrete examples to demonstrate how, in an age where copying is easier than ever before, innovation is at its historical zenith.

Copying and imitation do not need to stifle creativity and innovation.

In any discussion on copyright law, you’ll often hear that copying and imitation damage creativity and innovation. People believe that copying is cheaper than creating, which in turn reduces the incentive to innovate. After all, why spend all your time and money coming up with the best idea if you could just copy it instead?

But the industries that are the most creative are not even protected by copyright laws. Copying is simply a matter of course in fashion, and yet the industry thrives nevertheless.

In fact, data from the US Bureau of Labor shows that, from 1998 to 2012, the average price of garments has remained virtually unchanged. The companies whose goods are often copied produce the highest priced garments, and one might think that copying would hurt their bottom line. In reality, these brands flourish, despite selling their garments at 250 percent the price of the copying competition.

In the same vein, there is no copyright protection for recipes. Despite this, many believe the culinary world is at a creative peak.

If you are a chef whose prized recipe is copied, your reputation as an inventive cook is burnished. Thomas Keller’s dish “Oyster and Pearls,” for example, has been widely copied. Did it run him out of business? No. In fact, it brought Keller’s restaurant The French Laundry – and Keller himself – international recognition and success.

Furthermore, industries that promote strict copyright laws are not necessarily more creative. Industries such as music and film, which have more stringent protections against copying, have actually been experiencing a decline in their markets. These protections, rather than simply hindering pirating, can make it harder for new competitors who could have been at the forefront of  innovation in the field to freely sample existing work in their own creations.

Obviously there are industries where copying is prevalent, and they are nonetheless creative, but in some areas copying is part of the creative culture.

Start your free Blinkist trial to get unlimited access to key ideas from The Knockoff Economy and over 3,000 other nonfiction titles. With bitesize text and audio, it's easier than ever to find the right ideas to transform your life.