The Missing Link Between Merit and Success 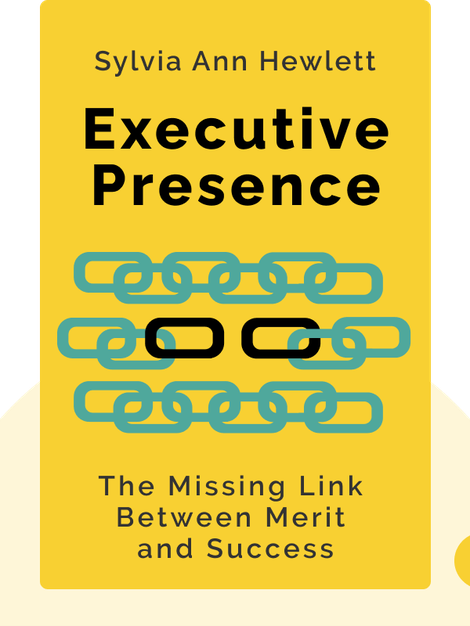 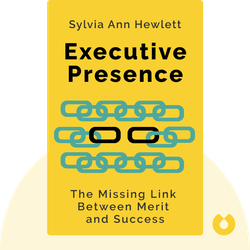 Executive Presence (2014) reveals the essential components of a true leader. From attitude to communication to appearance, today’s most influential leaders share practical tips and examples to guide you in creating a powerful, convincing presence everyday.

Sylvia Ann Hewlett is an economist and business guru as well as the founder and CEO of the Center for Talent Innovation. She has authored 11 critically acclaimed books.

The Missing Link Between Merit and Success 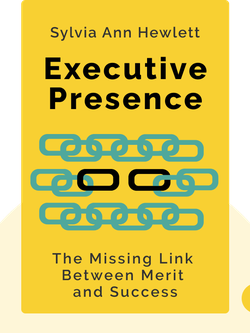 Executive Presence (2014) reveals the essential components of a true leader. From attitude to communication to appearance, today’s most influential leaders share practical tips and examples to guide you in creating a powerful, convincing presence everyday.

If you aspire to success, you’ll need to develop executive presence.

How can you rise to a top position or gain a significant following if you can’t convince the world that you are the real deal? To put it bluntly: you can’t.

Whether you’re a banker, a salesperson or a musician, having executive presence is a precondition for success. It’s a mixture of qualities that demonstrate that you are in command, or at least deserve to be. Executive presence alone is the make-or-break factor.

The author regularly attends the final auditions of the Concert Artist Guild’s international competition. There a huge pool of applicants is narrowed to just 12 talented young musicians who then compete before a very distinguished jury.

Of course, these young finalists wouldn’t have made it to the final round if they weren’t outstanding in their musical craft. But in the finals, what separates one finalist from the next has little to do with music.

So what is that special trait that makes a person stand apart?

Guild president Richard Weinert revealed that the key is in the way an artist walks across the stage; the way her clothes are cut; the spark in her eyes and the emotion written on her face.

A recent study also demonstrates the importance of executive presence in the music world. Fascinatingly enough, people who were shown silent videos of pianists performing in international competitions were better at picking out the actual winners than those who watched the videos and could hear the music, too. That’s a powerful example of executive presence at work.

And it’s no different in the workplace. The author’s research team at the Center for Talent Innovation conducted a national survey to map out the traits that make up executive presence.

The results? Executive presence appears to be based on three pillars: the way you act (gravitas), the way you speak (communication) and finally, the way you look (appearance).

Start your free Blinkist trial to get unlimited access to key ideas from Executive Presence and over 3,000 other nonfiction titles. With bitesize text and audio, it's easier than ever to find the right ideas to transform your life.