The Evolutionary Origins of a Good Society 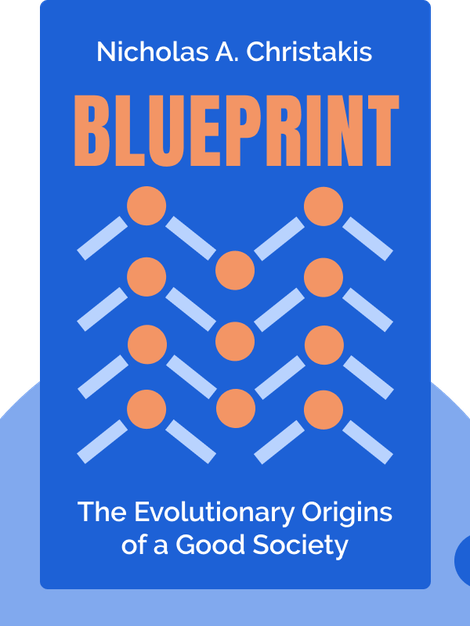 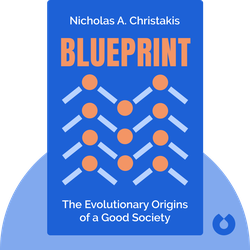 Blueprint (2019) explores the psychological traits that all humans share. Examining the evolutionary underpinnings of our social behavior, these blinks shine a light on our ancestral past and investigate how love, cooperation and friendship came to be indispensable items in our social tool kit.

Nicholas A. Christakis, MD, PhD, MPH, is the Sterling Professor of Social and Natural Science at Yale University. In 2009, Time magazine named him as one of the world’s most influential people. Elected to the American Academy of Arts and Sciences in 2015, Christakis also runs the Human Nature Lab, where his team researches a wide variety of social behavior.

The Evolutionary Origins of a Good Society 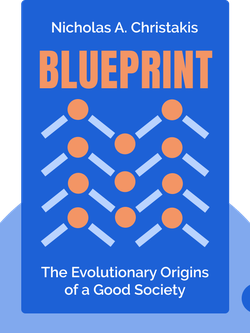 Blueprint (2019) explores the psychological traits that all humans share. Examining the evolutionary underpinnings of our social behavior, these blinks shine a light on our ancestral past and investigate how love, cooperation and friendship came to be indispensable items in our social tool kit.

Humans come ready-made with a blueprint for social behavior.

We don’t always need words to understand one another. As a young boy, Christakis was one of the only Greek children to arrive on the Turkish island of Büyükada. Nevertheless, the author and his younger brother quickly made friends, and spent a long summer rampaging around the island with the local boys. They even waged war on rival groups, using pinecones as weapons. In later years, the author reflected on this cross-cultural friendship group. How did it work so well, despite their linguistic and cultural differences?

As a researcher of social behavior, the author concluded that these childhood friendships were made possible by a mental manual of social skills, instincts and tendencies, which guide the behavior of every human being on the planet. In other words, there is a universal blueprint for social behavior encoded in our genes. These instincts help us form societies, which can be as small as a group of Turkish and Greek schoolboys united in their search for adventure, or as big as sovereign states composed of hundreds of millions of people. This collection of universal social tendencies, which the author calls the social suite, includes the capacity for love and friendship, as well as teaching and learning from others.

Unfortunately though, the social suite also includes a tendency to favor your own “group.”

A 2011 study, for instance, found that five-year-old children wearing a red T-shirt consequently liked and favored other children also in red T-shirts, and discriminated against those wearing different colors. This prejudice occurred even when the children were told that the colored shirts had been allocated at random. Studies like these demonstrate that humans have an affinity for “likeness” – no matter how small we perceive that likeness to be.

Of course, even if we identify with people similar to us, we don’t consider them all to be the same. Each of us are born with the ability to develop and recognize individual human identities. Just consider the almost universal human practice of using personal names. Although this might seem inconsequential, recognizing individuals is the bedrock of other human traits, such as love and friendship. After all, if we were unable to discriminate between two individuals, we’d have no way of preferring one person over the other, or repaying favors that our friends do for us.

Start your free Blinkist trial to get unlimited access to key ideas from Blueprint and over 3,000 other nonfiction titles. With bitesize text and audio, it's easier than ever to find the right ideas to transform your life.