The 22 Immutable Laws of Branding 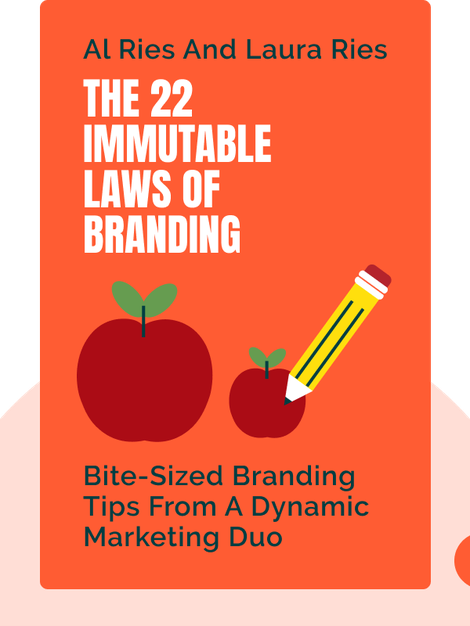 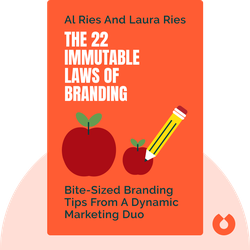 The 22 Immutable Laws of Branding (1998) is a practical, hands-on guide to the dos and don'ts of branding. Covering 22 memorable bite-sized nuggets of wisdom, these blinks provide an overview of the all-too-common mistakes made by marketers and showcases the tricks of the trade used by the most successful brands to assert their dominance in ultra-competitive markets.

Al and Laura Ries are a father and daughter marketing duo whose consulting firm Ries & Ries counts illustrious names like Disney and Ford among its clients. Besides The 22 Immutable Laws of Branding, the pair have co-authored four other titles. Al is also known for his influential book Positioning: The Battle for Your Mind, while Laura frequently appears as a guest and commentator on major news outlets.

The 22 Immutable Laws of Branding 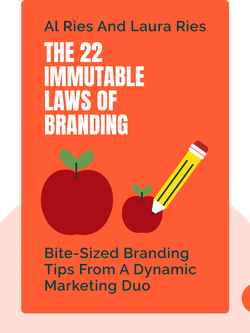 The 22 Immutable Laws of Branding (1998) is a practical, hands-on guide to the dos and don'ts of branding. Covering 22 memorable bite-sized nuggets of wisdom, these blinks provide an overview of the all-too-common mistakes made by marketers and showcases the tricks of the trade used by the most successful brands to assert their dominance in ultra-competitive markets.

Brands become stronger the more narrowly focused they are.

What’s the first thing that you think of when you hear the word Chevrolet? If you’re having trouble crystallizing a clear image in your mind, you’re not alone. That’s because Chevrolet produces a large range of products from small and affordable to large and luxurious cars.

This is a great example of the Law of Expansion, the first law of branding that we’ll explore in these blinks. It states that a brand becomes weaker as it expands and loses focus.

So why did Chevrolet dilute the strength of its brand?

Like most companies, it put short-term interests ahead of long-term strategy. Expansion allowed the firm to sell more cars in the short run. But what initially seemed like a boon turned out to be a mistake in the long run, because it weakened the brand name. Sales declined dramatically from 1.5 million cars in 1987 to 0.83 million vehicles in 2001.

A company’s brand grows stronger when it narrows its focus. That’s the second law, the Law of Contraction.

Take delis. While there are millions of them all across the United States, there’s no nationwide deli chain with a strong brand. That’s easy enough to explain in terms of the first law. Delis typically feature a wide range of products, from sandwiches and soups to bagels, muffins, doughnuts, cookies, ice cream, beverages, newspapers, cigarettes and lottery tickets – pretty much anything and everything!

The company that comes closest to a national deli brand is Subway. Its growth exemplifies the second law. Founded in 1965 by Fred DeLuca, it took a novel approach to the idea of a deli and radically stripped back the range of products on offer to just one item: the submarine sandwich.

The move was a savvy one and Subway has gone on to enjoy phenomenal success. By 2001, it had 12,629 stores across the United States, a number only topped by McDonald’s.

Like Subway, the most recognizable brands are those which develop a singular focus. Call it the Law of Singularity. That’s the third law of branding.

Strong branding makes product names synonymous with an everyday object or idea. Think of the way that the brand name Prego can stand in for “thick spaghetti sauce,” for example. Or the way in which an expensive Swiss watch is interchangeable with the name Rolex.

If a brand’s core identity is strong enough, even brands like Walmart that sell a dizzying array of products can distinguish themselves. How does that work? Well, Walmart still has a singular focus. Every product on its shelves is there because it embodies the company’s ethos of focusing on low prices.

Start your free Blinkist trial to get unlimited access to key ideas from The 22 Immutable Laws of Branding and over 3,000 other nonfiction titles. With bitesize text and audio, it's easier than ever to find the right ideas to transform your life.