Master Your Mind and Defy the Odds 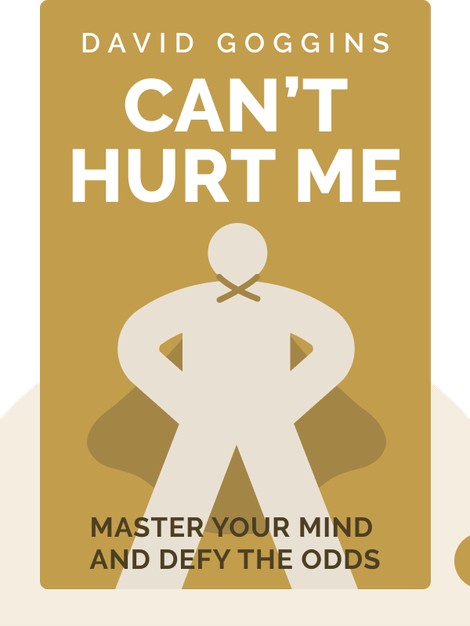 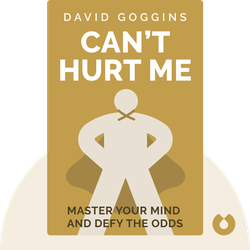 Can’t Hurt Me (2018) is the inspirational true-life story of David Goggins, one of the world’s fittest men. The blinks explore the key life events of this inspirational athlete and military man and provide a fascinating insight into a truly focused and unbreakable mind.

David Goggins is an ultramarathon runner and the former world record holder for the greatest number of pull-ups completed in 24 hours. Goggins is also a former US Navy SEAL who saw active duty in both the Afghanistan and Iraq wars.

Master Your Mind and Defy the Odds 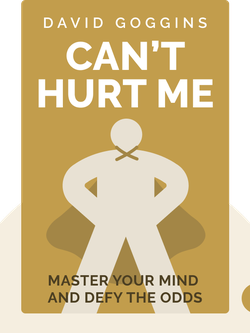 Can’t Hurt Me (2018) is the inspirational true-life story of David Goggins, one of the world’s fittest men. The blinks explore the key life events of this inspirational athlete and military man and provide a fascinating insight into a truly focused and unbreakable mind.

For many American children, childhood is a carefree time full of play, security and parental love. Unfortunately, it didn’t work out that way for David Goggins.

Born in New York in 1975, Goggins never knew the simple joys of childhood. Instead, from the tender age of six, Goggins, along with his mother and older brother, was a slave to his tyrannical father, Trunnis. A self-made businessman, Trunnis owned a roller-disco rink, and his workforce was none other than his young family.

Almost every night of the week, Goggins’ father took his wife and kids out to his skating rink, where he made them work tirelessly until midnight. Between the ages of six and eight, David’s job was to look after the skating shoes. His mother would cook their dinner over a hot plate in the rink’s office, and after the children had finally finished work at around midnight, she would put them to bed in the office too. Unfortunately, the thumping music from the dance floor made sleep almost impossible, and Goggins regularly fell asleep in school, unable to concentrate on his lessons.

While this grueling routine of school and late-night work would have been intolerable for any young child, the sickening brutality of Goggin’s father made life all but unbearable. David often witnessed his father beating his mother with a belt when she dared to disobey him. Once, when David contracted a bad ear infection, she dared to take him to the hospital. Trunnis hated spending money on his family, even when his children’s health was at risk. When his mother returned from the hospital, Trunnis beat her senseless. Whenever David tried to intervene to protect his mother, he was belted too. He often had to hide the bruises and angry red welts his father’s belt had given him.

Thankfully, when David was eight years old, he and his mother escaped from their tormentor. His mother sweet-talked his father into letting her get a credit card in her name, and with the help of a sympathetic neighbor, she planned her escape. After hurriedly leaving Trunnis’s house, David and his mother drove to the small town of Brazil, Indiana, where they started a new life free from Trunnis. But their newfound freedom was bittersweet. Why? Because David’s older brother decided to stay with their father, despite his cruelty, meaning that David saw him little after they left.

Unfortunately, David’s life in Indiana wouldn’t be free from hardship either.

Start your free Blinkist trial to get unlimited access to key ideas from Can’t Hurt Me and over 3,000 other nonfiction titles. With bitesize text and audio, it's easier than ever to find the right ideas to transform your life.