The 48 Laws of Power

The secret methods to getting what you want 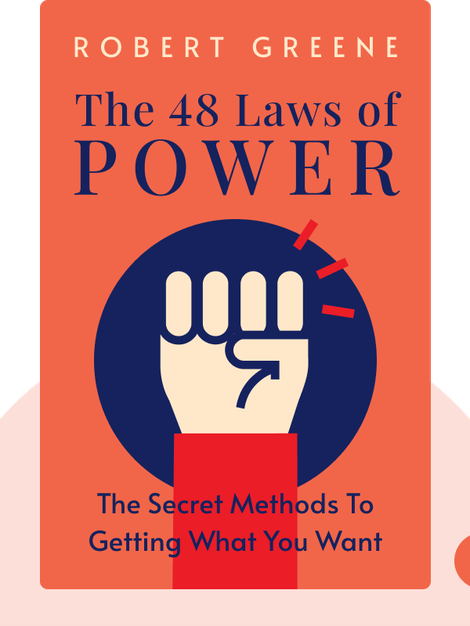 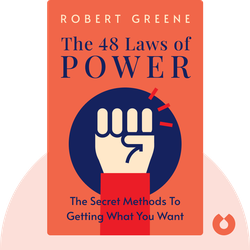 The 48 Laws of Power (1998) takes an irreverent look at the fundamental characteristics of power, and how to understand it, defend against it and use it to your advantage These blinks offer compelling insights, backed by historical examples, into the dynamics of competition and control.

Robert Greene is an American author, public speaker and graduate of the University of California, Berkeley. The 48 Laws of Power is the first of five international bestsellers penned by Green about strategy, power and success.

The 48 Laws of Power 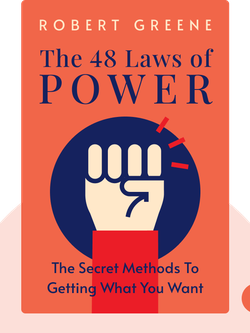 The 48 Laws of Power (1998) takes an irreverent look at the fundamental characteristics of power, and how to understand it, defend against it and use it to your advantage These blinks offer compelling insights, backed by historical examples, into the dynamics of competition and control.

Flaunting your brilliance won’t win you your boss’s favor, but making him or her shine will.

Have you ever tried to impress your boss, only to fall flat on your face? Well, if you’ve ever failed to impress someone in a position of power, it could actually be the result of outshining them. After all, powerful people want to be the center of attention; trying too hard to impress them can shift attention away from them and onto you, hurting their pride in the process.

But what’s even worse is acting superior to them, a move that could lead your boss to think of you as a threat to their position and, consequently, to let you go from the company.

Take the relationship between King Louis XIV of France and Nicolas Fouquet, the king’s finance minister. A smart and loyal advisor, Fouquet became indispensable to his ruler, but this didn’t guarantee him the position of prime minister when the incumbent minister died. To gain the king’s favor, Fouquet threw a lavish party at his extravagantly furnished chateau to show the king how well-connected and influential he was.

The next day, Fouquet was arrested by order of the king, who felt overshadowed and dubiously accused the minister of stealing to amass such extravagant wealth. Poor Fouquet was bound to live out his days in a prison cell.

So, you know how not to impress your boss, but how can you gain her favor? A better strategy is to always make the person in charge look smarter than everyone else, including you.

For example, the astronomer and mathematician Galileo Galilei desperately wanted funding for his research, and found an ingenious way to get it. When he discovered the four moons of Jupiter in 1610, he made sure to link his discovery to the enthronement of Cosimo II de’ Medici.

In an act of cunning, Galileo said that the four moons represented Cosimo II and his three brothers, while Jupiter itself was comparable to Cosimo I, the four brothers’ father. Thanks to playing to his ruler’s ego, Galileo was named the official philosopher and mathematician of Cosimo II.

Start your free Blinkist trial to get unlimited access to key ideas from The 48 Laws of Power and over 3,000 other nonfiction titles. With bitesize text and audio, it's easier than ever to find the right ideas to transform your life.