Why Coming Out Is Good Business 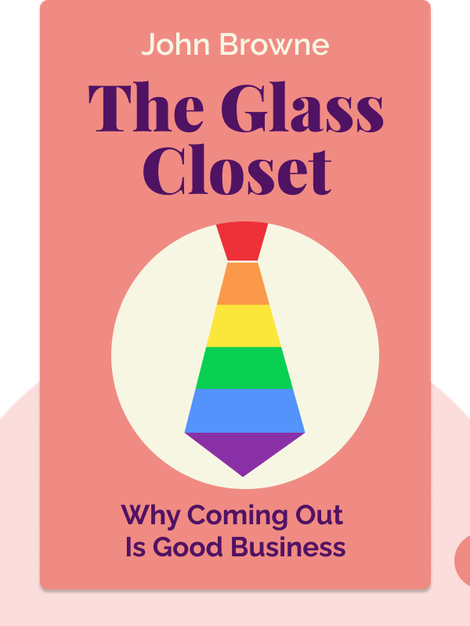 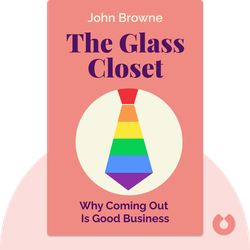 The Glass Closet (2014) details the struggles that lesbian, gay, bisexual and transgender people face in the workplace and how these struggles can be overcome. Importantly, these blinks will show how coming out can change people's lives for the better.

John Browne is the former CEO of British Petroleum (BP), a company he served successfully for 40 years. In 2007, he resigned his position following revelations by a British newspaper that he is gay. This incident, and the expressed relief he felt after publicly coming out, inspired Browne to encourage others to be more open about their sexuality.

Why Coming Out Is Good Business 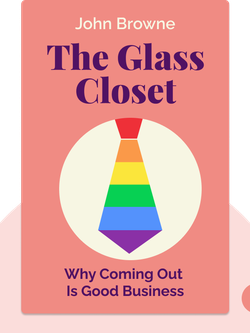 The Glass Closet (2014) details the struggles that lesbian, gay, bisexual and transgender people face in the workplace and how these struggles can be overcome. Importantly, these blinks will show how coming out can change people's lives for the better.

People throughout history have been ostracized, imprisoned and even killed because of their sexual orientation.

Despite many developments toward expanded equal rights, homophobia is still a real issue in society.

In some countries such as Uganda, gay people have no legal protection. If authorities discover that someone is gay, that person could be sent to prison, or worse, even killed.

Yet persecution based on sexual orientation wasn’t always a fear. In ancient Rome and Greece, gay people were treated equally. Some societies even considered gay people sacred.

The Roman emperor Hadrian lived as an openly gay man. Greek gods such as Zeus were depicted in fables as taking male lovers; believers saw such acts as normal.

The spread of Christianity, however, changed the public’s perception of homosexuality. Many believers have used their interpretation of the book of Leviticus in the Bible to justify the repression and persecution of people based on sexual orientation.

Such religious condemnation has played a major role in branding gay people across the world as “sinners,” making them the targets of Christian violence.

But such horrors aren’t limited to ancient history. Since the seventeenth century, gay people have been used as scapegoats for many of society’s troubles. Deadly earthquakes, the bubonic plague and more recently AIDS have all been blamed on the influence of gay people in society.

What’s more, in Western nations such as Germany and the United Kingdom, being gay was a crime until very recently.

During the Nazi regime in Germany, thousands of gays and lesbians were sent to concentration camps; they were given a pink triangle to wear, identifying them to others and signifying their low status in society.

Even after World War II, being gay in Germany remained a crime for decades. Homosexual relations between men in England was made legal only in 1967.

Start your free Blinkist trial to get unlimited access to key ideas from The Glass Closet and over 3,000 other nonfiction titles. With bitesize text and audio, it's easier than ever to find the right ideas to transform your life.