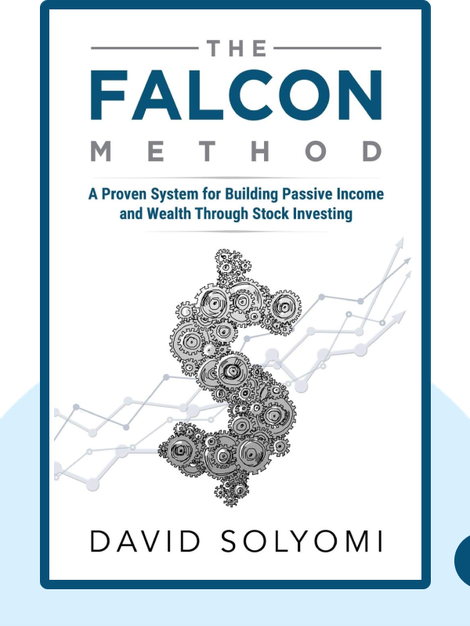 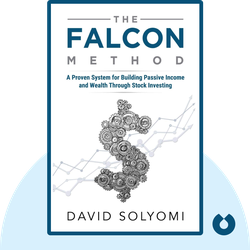 The FALCON Method (2017) offers up a precise, numbers-driven investment strategy perfect for the casual investor. The FALCON Method helps investors evaluate a set of assets to find the best opportunities, doing so by using reliable financial indicators and a structured approach designed to limit psychological bias.

A former CEO of several companies, David Solyomi resigned from his corporate roles aged 33 to pursue a career as a full-time investor. Now an educator and investor, Solyomi helps others toward financial freedom by teaching the methods that made his fortune. 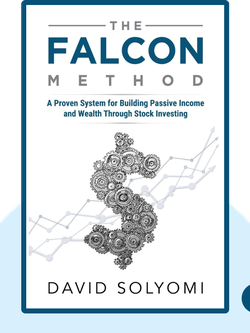 The FALCON Method (2017) offers up a precise, numbers-driven investment strategy perfect for the casual investor. The FALCON Method helps investors evaluate a set of assets to find the best opportunities, doing so by using reliable financial indicators and a structured approach designed to limit psychological bias.

When it comes to different types of investments, stocks are superior.

Stocks, options, bonds, mutual funds and commodities: The variety of asset types available in the financial world can make anybody's head spin. Professionals devote their lives to studying the investment landscape, so how can the rest of us hope to discern which assets are best? Thankfully, some of these professionals have given us a helping hand.

One of these is Warren Buffett, one of the most successful investors of all time and a constant source of financial wisdom. In a 2011 letter to his shareholders, he outlined three main investment classes and revealed his stand-out favorite.

The first is currency-based investments. These investments are tied to a national currency, and bonds are the most common example. Basically, bonds are a type of loan. The bond issuer – usually a corporation or government – sells a bond to an investor. The bond issuer also agrees to buy the bond back in the future for the same amount, plus interest.

Buffett's second class is unproductive assets, investments which won’t generate extra income once you own them. Commodities such as wheat, oil and gold are the main types of unproductive assets. They’re unattractive too, because investors don’t earn a secondary income from owning them; they’re simply hoping to eventually sell them for more than they paid for them.

Productive assets, like a company or buy-to-rent real estate, aren’t tied to a national currency – it’s always possible to value them against gold or another currency. They also generate a secondary income, perhaps by earning the owner rent.

The best productive assets are company shares. Each share represents partial ownership of a company.  For example, buying shares in Coca-Cola means that you’re part owner of the business – a shareholder – and are entitled to a share of its profits. These are paid out in the form of dividends, usually on an annual basis. What’s more, an investor still has the underlying value of her shares, which she can sell on the market at any time.

Start your free Blinkist trial to get unlimited access to key ideas from The FALCON Method and over 3,000 other nonfiction titles. With bitesize text and audio, it's easier than ever to find the right ideas to transform your life.