What the Brain Does When You’re Not Looking 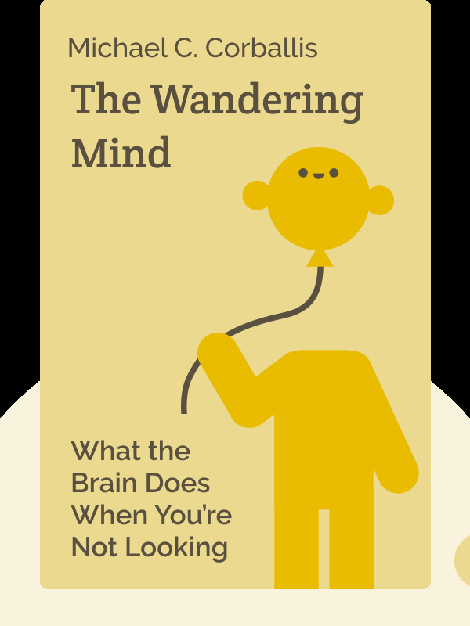 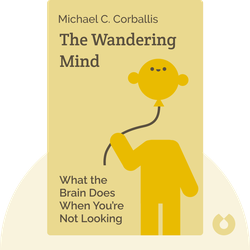 The Wandering Mind (2015) reveals exactly what is going on in our brain when our mind starts to lose focus. We explore the areas of the brain that remain active as concentration drifts and uncover the connections between our memory, creativity and the rewards of daydreaming.

Michael C. Corballis is a psychologist and author as well as a professor emeritus at the University of Auckland in New Zealand. His main fields of research include cognitive neuroscience, memory and the evolution of language. His other books include A Very Short Tour of the Mind and The Recursive Mind.

What the Brain Does When You’re Not Looking 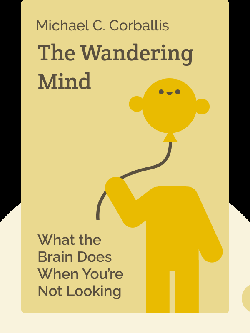 The Wandering Mind (2015) reveals exactly what is going on in our brain when our mind starts to lose focus. We explore the areas of the brain that remain active as concentration drifts and uncover the connections between our memory, creativity and the rewards of daydreaming.

A wandering mind isn’t a bad thing; your brain remains active when it woolgathers.

Sometimes our minds don’t cooperate. Have you ever found yourself sitting at your desk with the intention of getting some work done but instead your mind keeps going in other directions? When this happens, don’t assume that your brain isn’t still hard at work.

When your mind wanders, it is using nearly as much energy as when it is focused and concentrating.

This is because only certain regions of your brain are active when focused on a specific task. But when your mind begins to wander, the default-mode network is activated. This network, named by neurologist Marcus Raichle, is spread out across the brain in regions that are not involved with the more direct interaction focused on what’s in front of you.

But despite being spread out, there is still plenty of activity going on.

You can think of your brain as a small town: When there’s a big event at the town square, all the people show up in one location. But afterward, when everyone splits up and goes about their own business, there’s still nearly as much activity, it’s just distributed around town. This is what happens when your mind wanders.

So the wandering mind may have some drawbacks, but it isn’t all bad.

It’s true that a wandering mind can distract you from finishing a task, and research also suggests that it can lead to less happiness and premature aging.

But wait! Mind wandering is also vital to creative thinking and allowing inventors and artists to make the world a better place. Because when your mind drifts it can free-associate and find connections and solutions to problems that might otherwise stay hidden.

Maybe you’ve had inspiration strike while you were spacing out in the shower or, perhaps, on a hike through nature. This is where George de Mestral was inspired to invent Velcro when he was walking along and noticed how burrs stuck to his clothes.

In the next blink, we’ll see how our memory dictates where the wandering mind goes.

Start your free Blinkist trial to get unlimited access to key ideas from The Wandering Mind and over 3,000 other nonfiction titles. With bitesize text and audio, it's easier than ever to find the right ideas to transform your life.