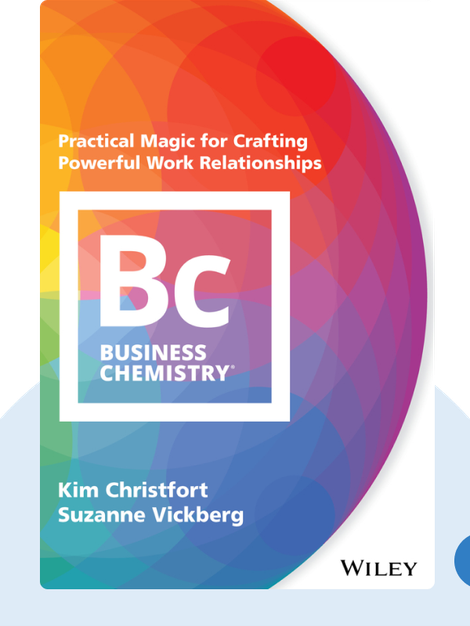 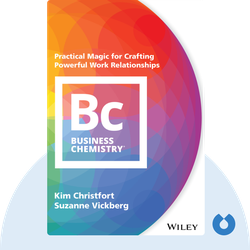 Business Chemistry (2018) examines the tensions and pitfalls involved in our working relationships. Packed with tips and tricks for clicking with even the most challenging coworkers, these blinks are your essential guide to making meaningful workplace connections.

Kim Christfort holds an MBA from the Stanford Graduate School of Business and has over eighteen years of management consulting experience. She currently leads the Deloitte Greenhouse team, a group that specializes in enhancing teams and accelerating progress.

Suzanne Vickberg is a psychologist and researcher who holds both a PhD in social-personality psychology and an MBA from the Stern School of Business at NYU. 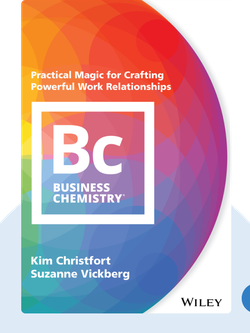 Business Chemistry (2018) examines the tensions and pitfalls involved in our working relationships. Packed with tips and tricks for clicking with even the most challenging coworkers, these blinks are your essential guide to making meaningful workplace connections.

The Pioneer is an energetic freethinker who trips up on details.

Do you work with someone who’s full of big ideas but fuzzy on the details? Perhaps your boss is always talking about her vision for the company’s future but pays far less attention to making her vision a reality. If this sounds familiar, then you have the pleasure – and the pain – of working with a Pioneer.

It’s easy to spot a Pioneer working style. The Pioneer is the most energetic person in any room, and never afraid to jump in with a suggestion or five about which direction the team should take. The Pioneer is bursting with creativity and original ideas, but don’t expect her to read the meeting agenda that you carefully crafted. Why? Because Pioneers finds structure extremely boring.

Often exhausting their listeners, people with this working style jump from one idea to the next, making spontaneous decisions and rarely stopping to consider whether their brainstorms will actually work. Furthermore, Pioneers’ disinterest in detail means that those around them are forced to pick up the slack. They might have the vision, but they’ll leave it to you to turn it into a reality.

Nonetheless, Pioneers tend to be highly successful. In fact, evidence suggests that this is the most prevalent personality type among CEOs. A classic example of a Pioneer is British explorer Ernest Shackleton, a legendary leader who pursued his outsized dreams with boundless amounts of energy.

In 1914, for example, Shackleton put together an expedition that would sail through a thousand miles of the uncharted Antarctic. Although you might think he’d be short of volunteers for this risky mission, Shackleton’s reputation as a fearless leader and his infectious thirst for adventure ensured that thousands of people applied to join his expedition.

Perhaps predictably, Shackleton’s grand vision didn’t quite come to fruition. It wasn’t long before his ship, The Endurance, became trapped in the ice, leaving the crew stranded. Undeterred, Shackleton came up with creative ideas for keeping up morale, including talent contests and evening sing-alongs.

When it became clear that the expedition needed rescue, Shackleton brainstormed new ideas, eventually using his indefatigable energy to row eight hundred miles solo across the ocean in a dinghy to find help. That’s the thing about Pioneers – their ideas may not always work, but they’ll always sail from one adventure to the next with no loss of enthusiasm.

Start your free Blinkist trial to get unlimited access to key ideas from Business Chemistry and over 3,000 other nonfiction titles. With bitesize text and audio, it's easier than ever to find the right ideas to transform your life.