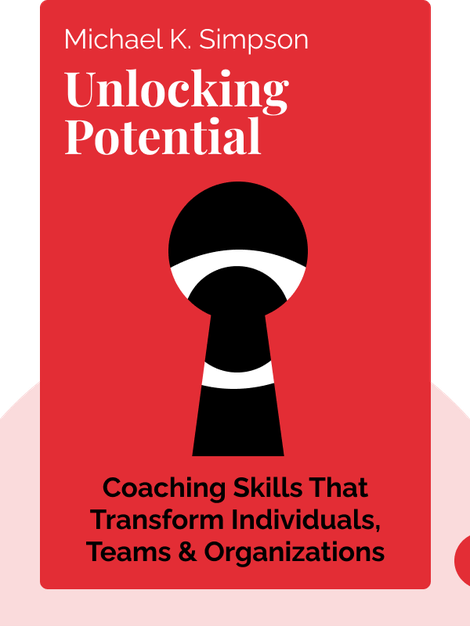 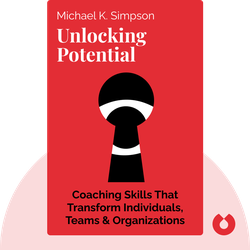 For more than 25 years, Michael K. Simpson has been a lauded executive coach, working with some of the world’s top businesses. His co-authored and published works include Ready, Aim, Excel and Your Seeds of Greatness. 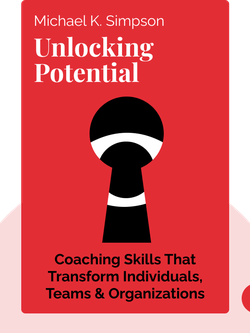 The first two coaching principles are trust and unlocking potential. You need both to succeed.

If you’re a business leader, it’s your job to maximize the potential of your team. But how do you go about it?

The answer lies in coaching.

Coaching is a unique style of leadership. It’s not just concerned with consulting and advising, but instead is about unlocking the potential of another human being.

Yep, quite a hefty task! Before you consider coaching for your team, it’s important that you keep the four foundational principles of coaching in mind.

Let’s start with the first two.

A coach can’t succeed unless his team trusts him. As the first principle of coaching, trust is vital because it facilitates good communication. Two people that share trust are more likely to be open and honest with each other. Secrets or lies don’t pose a threat to their bond.

For coaches this is important, as a coach needs to know exactly what makes his team tick. A coach requires total honesty from his clients. But he won’t get it unless he presents himself honestly – trust is of course a two-way street!

The second key principle of coaching is about potential. What does this mean? Coaching is based on the assumption that each person has the potential to grow and become something better.

Unlocking someone’s potential begins with close observation. Listen carefully to what the person is saying, and the way she is saying it. Is she speaking too softly? Or avoiding eye contact? Maybe she’s just keeping her head down, or is she perhaps quick to anger?

Each of these aspects allows a coach to discover the paradigms, or views of the client, what she thinks about the world and herself, which can affect (often negatively) the way she acts and behaves.

For example, the paradigm of a person who exhibits low self-esteem might be that she lacks crucial life skills and so can’t ever achieve anything worthwhile. The job of a coach is mine for this information which can then be challenged, to show the client her true potential.

Start your free Blinkist trial to get unlimited access to key ideas from Unlocking Potential and over 3,000 other nonfiction titles. With bitesize text and audio, it's easier than ever to find the right ideas to transform your life.