The Logic of Human Destiny 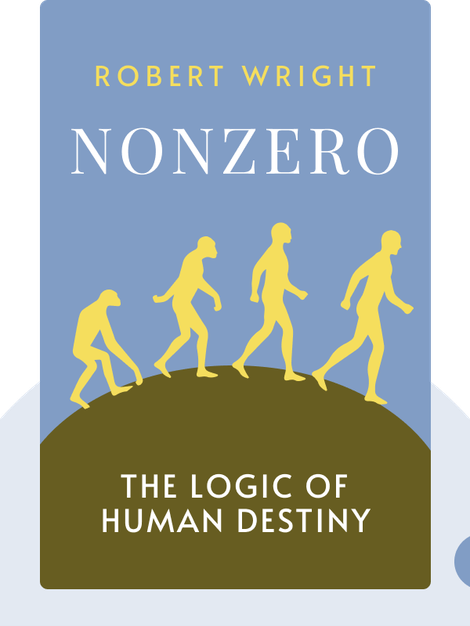 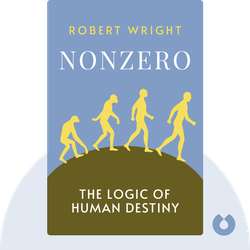 Robert Wright is a U.S. American scholar and journalist, famous as an advocate for cultural evolutionism and the critically acclaimed author of a number of books, including The Moral Animal and The Evolution of God.

The Logic of Human Destiny 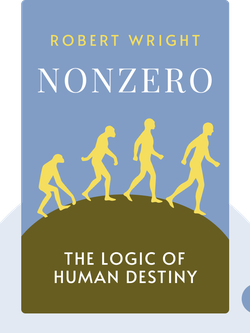 The complex life on planet Earth is a result of growing cooperation between cells and organisms.

When dealing with a problem, do you generally look to profit at someone else’s expense, sacrifice your own needs for the benefits of others or find a solution that will benefit everybody? Most people look for a win-win solution in which everyone profits at least a little bit. In other words: a non-zero-sum interaction.

As we’ll see, these interactions are far more than a mere decision-making strategy: they’re actually the basis of the development of life on Earth.

In fact, the very development of multicellular life owes itself to non-zero-sum interactions. In the beginning, life on Earth was composed exclusively of simple single-cell organisms, such as bacteria or fungi.

Eventually, these individual cells began to communicate. They then “realized” that they all had essentially the same interest – i.e., spreading their genes – and that they could better achieve this by pooling their efforts and joining together, thus forming the first multicelled life-forms.

We can see the legacy of this realization in our own bodies, and in those of plants and animals:

Each of our cells has two vital components: the nucleus, where DNA is stored, and mitochondria, which generate energy. Originally, these two cell parts were actually separate, individual cells, which came together in a non-zero-sum interaction to form the basis of complex life.

And as multicellular life continued to grow, it also had to grow increasingly complex in order to survive the competition with other life-forms.

In order to accomplish this, cells began specializing in various tasks, such as maintaining the health of the organism (for example, by producing blood), getting the lay of the land (the senses) and handling the big decision-making (the nervous system).

This development continuously accelerated as organisms competed for resources, like food and shelter, both within their own species and with others. For example, when a predator species becomes faster or smarter, its prey must adapt accordingly in order to survive.

It is this evolutionary “arms race” that led to the development of increasingly complicated life-forms, and eventually to human society and culture.

Start your free Blinkist trial to get unlimited access to key ideas from Nonzero and over 3,000 other nonfiction titles. With bitesize text and audio, it's easier than ever to find the right ideas to transform your life.