The Fraying Wires Between Americans and Our Energy Future 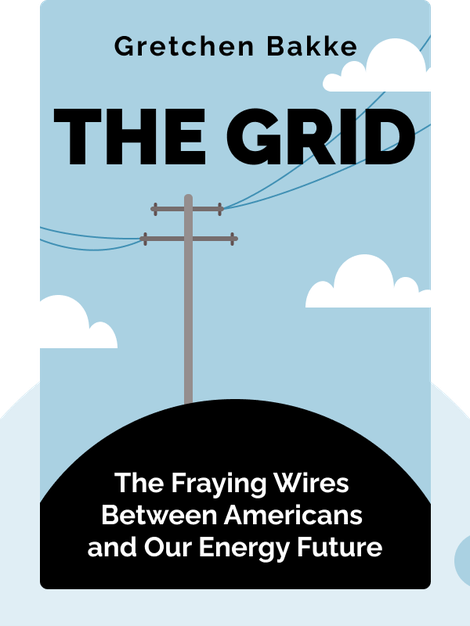 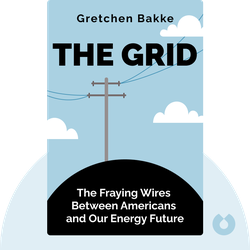 The Grid (2016) is about the enormous infrastructure that keeps the United States powered up. These blinks tell the story of how the electric grid came into being, how it has evolved over centuries and what challenges it poses today.

Gretchen Bakke is a cultural anthropologist with a PhD from the University of Chicago. She is currently an assistant professor of anthropology at McGill University in Montreal, Canada and is the author of the book Anthropology of the Arts.

The Fraying Wires Between Americans and Our Energy Future 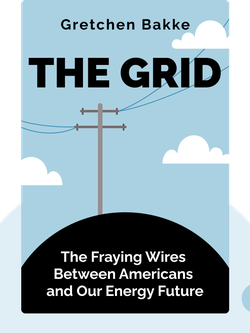 The Grid (2016) is about the enormous infrastructure that keeps the United States powered up. These blinks tell the story of how the electric grid came into being, how it has evolved over centuries and what challenges it poses today.

The first electric grid, launched in the 1870s, took the world by storm.

Of all human discoveries, electricity has surely had one of the most profound impacts on how we live.

After all, replacing candles and gas-fueled lamps with electric light could, for all intents and purposes, make the day longer, enabling for example companies to do business longer.

And that’s precisely what happened when the first electric grids came online in the 1870s.

The spark that ignited this major transformation came in 1871, when Father Joseph Neri, a professor at Saint Ignatius College in San Francisco, found a way to use battery-powered electricity to power a light in his window.

Word of his invention spread rapidly and, by 1879, San Francisco had its own lighting grid comprising two dynamos that were powered by a steam engine. It illuminated a mere 20 lamps, but it was a grid nonetheless. From there, an electric grid running on water-driven dynamos was installed in the Sierra Nevada gold mines of California, and thousands of electric lights came into operation.

But more change was soon to follow. These early grids were revolutionized in the early 1880s by the parallel circuit, invented by Thomas Edison. Before Edison’s invention, grids were linked in a series, meaning that if one bulb went out, the entire system would go down because electricity couldn’t pass through the malfunctioning bulb.

Edison’s contribution was to discover that electric currents can take all available paths, even if one is much longer than the other. As a result, people could suddenly connect bulbs in parallel, avoiding a system-wide blackout due to one bad bulb.

By 1892, streetlights wired in parallel circuits began to proliferate, and the New York Times hung dozens of parallel-strung light bulbs around its offices.