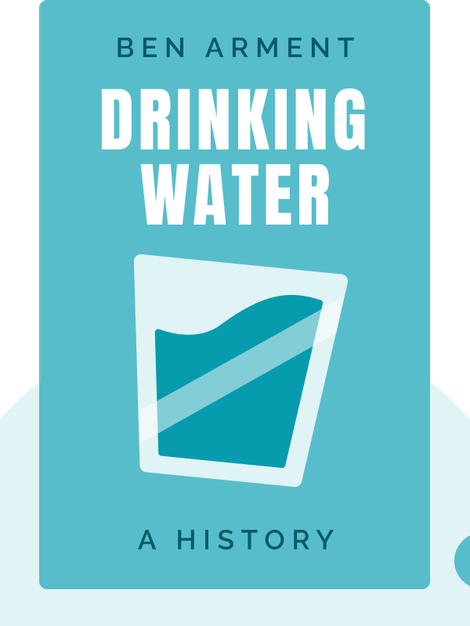 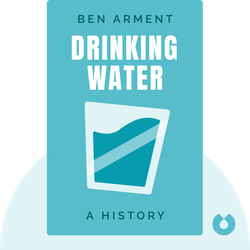 Drinking Water (2012) looks at our relationship with potable water. Weaving through history to the present day, the book reveals interesting and sometimes shocking facts about drinking water and our thirst-quenching habits.

James Salzman is the author of several books and over 80 academic papers. He is also the Donald Bren Distinguished Professor of Environmental Law at UCLA School of Law. 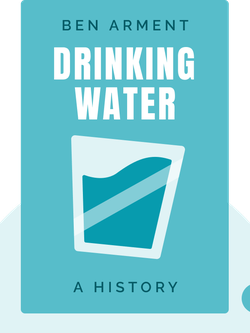 Drinking Water (2012) looks at our relationship with potable water. Weaving through history to the present day, the book reveals interesting and sometimes shocking facts about drinking water and our thirst-quenching habits.

Historically, drinking water wasn’t desirable, but it was thought to hold mystical powers.

Though water may seem like a common element, it has a very interesting background.

For many centuries, and across numerous societies, water wasn’t a preferred drink. For example, the Roman upper-classes perceived water as a beverage suitable only for children, slaves or women who couldn’t drink wine.

Water continued to be perceived in the same way through to the Middle Ages and beyond, right up to and including the first pilgrims reaching the New World. Like upper-class Romans, the beer-loving pilgrims thought that water should be given only to the poorest members of the community. In the seventeenth century, there was even an English doctor who believed that drinking water could result in feeling melancholic.

Despite this, many believed in its supposed magical powers.

The idea of holy water and wells, springs or other sources holding enchanted water has been around for a long time. The Fountain of Youth, sought by the sixteenth-century Spanish explorer of the New World, Juan Ponce de León, is a famous example.

It’s likely that Ponce de León’s pursuit of rejuvenating water was embellished after his death, as nearly every other culture claims very similar stories.

According to Norse mythology, the god Odin searched for the transformative water that runs under Yggdrasil, a sacred tree that links all worlds.

Another similar tale comes from the Muslim world. In it, Alexander the Great’s political adviser Khidr makes it through the Land of Darkness to come upon a spring that could grant him immortality.

Heading into the fifteenth century, judge Sir John Fortescue said that the one reason to drink water was “for devotion.” In 1858, a miller’s daughter called Bernadette Soubirous apparently saw the Virgin Mary 18 times at a spring in Lourdes, France. Years after her death, Soubirous was declared a saint in 1933, and to this day, people travel from all over the world to try the water at Lourdes.