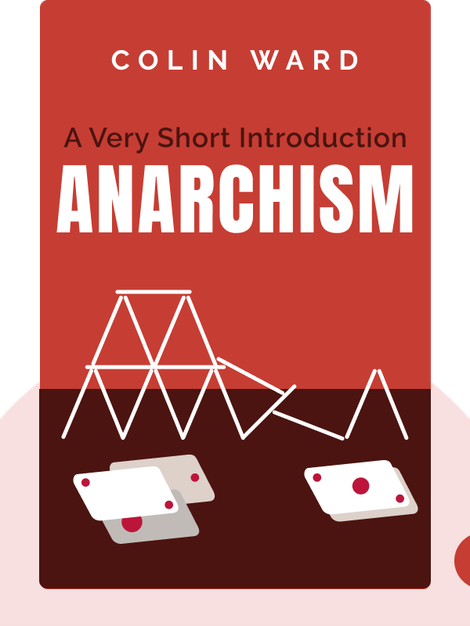 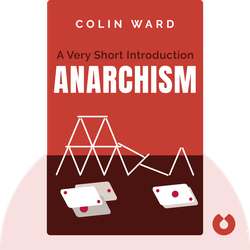 Anarchism (2004) lays out the history and principles behind an oft-misunderstood political ideology. Crucially, anarchists emphasize freedom over oppression, thereby seeking to do away with human life’s many hierarchies, be they those imposed by the modern nation-state, by patriarchal societies or even by religious organizations. Anarchism envisions a world free from any sort of coercion.

Colin Ward, a British anarchist and prolific author, wrote multiple books on politics, ecology and urban issues. He is also the author of Anarchy in Action, Cotters and Squatters and Talking Green. 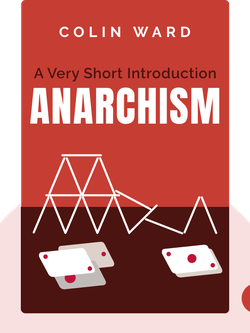 Anarchism (2004) lays out the history and principles behind an oft-misunderstood political ideology. Crucially, anarchists emphasize freedom over oppression, thereby seeking to do away with human life’s many hierarchies, be they those imposed by the modern nation-state, by patriarchal societies or even by religious organizations. Anarchism envisions a world free from any sort of coercion.

Anarchism is a political philosophy revolving around the rejection of all hierarchies.

The term anarchy stems from the Greek word anarkhia, which translates to “without leader.” But its modern meaning took hold in the mid-nineteenth century, when French anarchist thinker Pierre-Joseph Proudhon attached “anarchism” to his political ideology. This ideology, anarchism, contended that society could – and should – be organized without central governments or authorities.

Proudhon and later anarchists believed that society ought to be organized around voluntary agreements between individuals and groups, and that such a society would be able to meet, with both efficiency and fairness, all of its members’ production and consumption needs.

But why did Proudhon feel the need for such a society? The answer lies in the failures of the French Revolution.

After the Revolution, peasants and workers became disillusioned when they realized that the newly ascendant bourgeois political class was no better than the aristocrats who’d just been ousted. Oppressed by institutions such as punitive police forces and brutal armies, early anarchist thinkers like Proudhon noted that it wasn’t the rulers themselves who were the problem. It was the very concept of rule – a concept that placed one group of people over another – that was at the root of society’s ills.

It is thus the problem of the state – and how to abolish it and build a fairer society – that has concerned anarchists since the eighteenth century. How to do this, however, depends on who you ask.

The most prominent grouping of anarchists is anarcho-communists. They believe that land, resources and the means of production ought to be controlled by the communities that benefit from them.

Other offshoots of anarchist thought emphasize, for example, feminism or green politics, but all anarchists reject hierarchies and all forms of external control, whether imposed by states, employers or religious organizations.

But how would an anarchist society be organized? Well, there are four main principles that would likely be involved.

First, anarchist organizations should be voluntary – membership mustn’t be required, as this would impede individual freedom and responsibility.

Second, they must be functional, having a clear purpose and reason for existence.

Third, they must be temporary, since permanent organizations tend to outlive their usefulness, becoming more concerned with perpetuating their survival than with serving their original purpose.

Finally, anarchist organizations must be small, as hierarchical tendencies are less likely to develop when individuals come together in person to solve problems.

Maybe this all seems like head-in-the-clouds theorizing? Well, in the next blink we’ll explore how specific anarchist thinkers envisioned social change, and how anarchism has worked in practice.

Start your free Blinkist trial to get unlimited access to key ideas from Anarchism and over 3,000 other nonfiction titles. With bitesize text and audio, it's easier than ever to find the right ideas to transform your life.