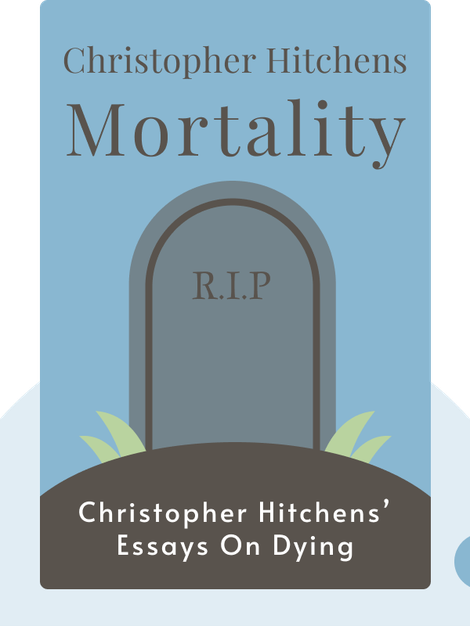 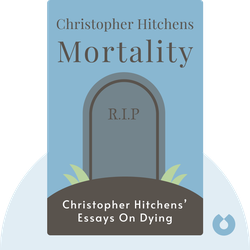 Mortality (2012) presents a collection of essays written by Christopher Hitchens after he was diagnosed with esophageal cancer. In these blinks, you’ll explore fundamental questions addressing death and life, the nature of pain and how we cope with them.

A journalist, author, literary critic and political activist, Christopher Hitchens focused on the topics of religion, science and atheism. He died in December 2011. 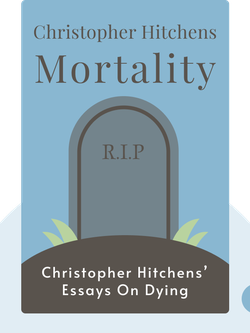 Mortality (2012) presents a collection of essays written by Christopher Hitchens after he was diagnosed with esophageal cancer. In these blinks, you’ll explore fundamental questions addressing death and life, the nature of pain and how we cope with them.

When he was diagnosed with cancer, Hitchens saw how uncomfortable people are with the idea of death.

British-American journalist, writer and literary critic Christopher Hitchens was on a book tour in 2010 when he collapsed and was rushed to the hospital. There he was forced to confront the weight of his mortality, after doctors diagnosed him with esophageal cancer.

Hitchens was overwhelmed by the idea of his death; it’s true that most people don’t think about mortality until they absolutely must. Hitchens’s terminal diagnosis made him realize how many life milestones he would miss, such as his children getting married, or the birth of grandchildren.

Even though the concept of mortality was difficult to grasp, the reality of death became part of daily life as Hitchens suffered through the pain of his disease and extensive cancer treatments.

Hitchens also realized how awkward people became when interacting with a terminal patient. Some of his friends didn’t know what to say, other than recounting “motivational” stories of people who had survived the disease.

For some, such stories might be comforting ‒ but Hitchens didn’t find them helpful as the stories offered no practical information on how he could cheat death.

Other friends avoided the topic of mortality altogether, telling him instead to fight on. This made Hitchens feel as if he would be a failure if he were to die.

All these experiences made him realize just how uncomfortable most people are with the idea of death.

Hitchens eventually came up with a set of rules aimed at making his friends more comfortable. When people inquired as to his health, Hitchens tried to be honest. If being honest was difficult, he told jokes.

If a friend asked how he was feeling, for example, he might answer, “Well, I feel like cancer.”

Mortality forced Hitchens to reevaluate his life and change the way he related to other people.

Start your free Blinkist trial to get unlimited access to key ideas from Mortality and over 3,000 other nonfiction titles. With bitesize text and audio, it's easier than ever to find the right ideas to transform your life.