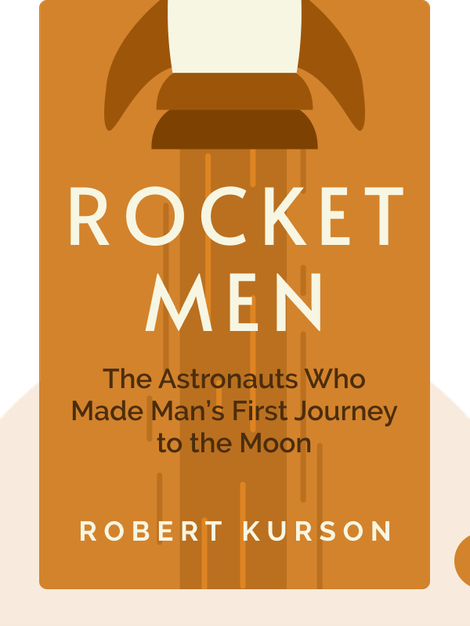 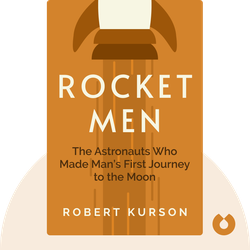 Rocket Men (2018) tells the riveting story of Apollo 8, the moon mission that put the United States ahead of the Soviet Union in the Space Race. In 1968, NASA chose to risk everything. They had to beat the Soviets to the moon, and they had just four months to do it.

Robert Kurson is an award-winning writer whose work has been published in the New York Times Magazine, Rolling Stone and Esquire.

Rocket Men (2018) tells the riveting story of Apollo 8, the moon mission that put the United States ahead of the Soviet Union in the Space Race. In 1968, NASA chose to risk everything. They had to beat the Soviets to the moon, and they had just four months to do it.

The Space Race began as a rivalry between the two largest Allied powers, the Soviet Union and the United States.

Cast your mind back to 1946. The Second World War had come to an end. The Allied forces, led by the Soviet Union and the United States, had been victorious. But relations between the two countries hadn’t just deteriorated; they’d become distinctly sour. In that year, Joseph Stalin declared that the Soviet Union would soon surpass the West in science and technology, and an ideological battle began.

By the end of the 1950s, it was clear that Stalin had made no idle boast. The Soviet Union already had the upper hand.

The symbolic peak of the Soviet Union’s success was the launch of the famous Sputnik satellite into orbit. Though small, this technological step, taken in October 1957, was significant for humankind. But the technological clout of the Soviets gave many people pause. After all, rockets that were powerful enough to launch satellites into space would be powerful enough to launch missiles across the world.

To make matters worse, the United States was lagging behind. When they attempted to send their own satellite into space that same year, it was a massive failure. The rocket rose just a few feet above the launch pad before crashing back down and exploding.

And then, in April 1961, the Soviets confirmed their dominance. Russian cosmonaut Yuri Gagarin became not just the first human to be fired into space; but they also achieved the very tricky task of getting him to orbit the Earth, and then to return safely again.

It was clear after Sputnik that if the Americans wanted to keep up, they would have to push themselves to the limit. Their efforts had mixed results.

To begin with, in September 1958, president Eisenhower created the National Aeronautics and Space Administration (NASA).

Thanks to NASA, astronaut Alan Shepard became the first American in space when he flew the first mission of its Mercury program. Shephard’s mission was a success, but somewhat underwhelming when compared to the Soviet’s accomplishments. He had made it to space, and he had made it back, but he’d only managed to do it after Gagarin.

That same May, President John F. Kennedy stood before Congress and proclaimed that the United States would not stop. Its audacious goal was to send a man to the moon and bring him home safely before the end of the decade. This sounded impossible – but striving to achieve the impossible pushed the United States to catch up to the Soviet Union.

Start your free Blinkist trial to get unlimited access to key ideas from Rocket Men and over 3,000 other nonfiction titles. With bitesize text and audio, it's easier than ever to find the right ideas to transform your life.