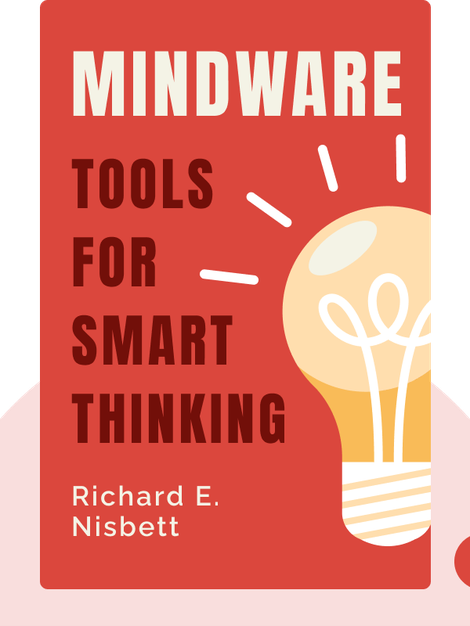 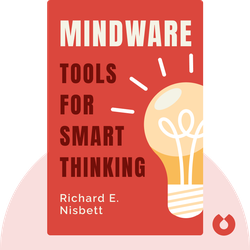 Mindware (2015) is a guide to reason. These blinks explain why we make irrational assumptions while presenting the cognitive tools that statisticians, logicians and philosophers use to approach everyday problems with objectivity.

Richard E. Nisbett is one of the world’s most respected psychologists. He received the American Psychological Association’s Award for Distinguished Scientific Contributions as well as many other national and international awards. 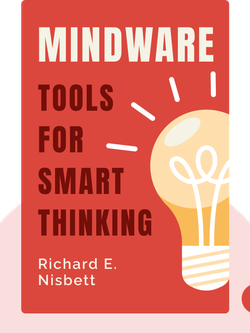 Mindware (2015) is a guide to reason. These blinks explain why we make irrational assumptions while presenting the cognitive tools that statisticians, logicians and philosophers use to approach everyday problems with objectivity.

Correlation is not causation.

Have you ever heard that countries with a higher average IQ also enjoy higher average wealth? It’s true, but does that mean that being a smarter country makes you a richer one?

Actually, it’s easy to falsely assume that one thing causes another just because those two things occur at the same time, especially if it confirms something we already believe. But before we get ahead of ourselves, let’s define some basic statistical terms. For instance, correlation: if A and B occur simultaneously, then A positively correlates to B. But if A only occurs without B and B only without A, then the relationship is a negative correlation.

This is important because we tend to assume that A caused B, or vice versa, simply because they are correlated. For example, take the following scientifically proven correlation: on average, people who go to church are less likely to suffer premature death than those who don’t.

Given this information, if you believe in God, you might assume that believing in God increases a person’s lifespan. And there you have it: you’ve transformed a correlation into a causation. However, just because both events correlate to each other doesn’t mean that one causes the other.

In fact, assuming causation between events that are simply correlated can lead to major errors. For example, during the summers throughout the 1950s, there was a clear correlation between cases of polio and ice cream consumption; lots of people were eating ice cream and lots of people were contracting polio. But would banning ice cream have helped combat the polio epidemic? Definitely not.

That’s because ice cream obviously doesn’t cause polio. However, polio germs are transmitted by swimming in pool water and, just like ice cream, swimming pools are popular during the summertime.

Now that you know correlation isn't the same as causation, let's take another look at our first example:

Instead of assuming that intelligent citizens are what make countries wealthy, it'd be wiser to look at it from another angle: wealthy countries usually have superior health-care and education systems, and that produces people with higher IQs.

Start your free Blinkist trial to get unlimited access to key ideas from Mindware and over 3,000 other nonfiction titles. With bitesize text and audio, it's easier than ever to find the right ideas to transform your life.