What Bugs, Burns, Prints, DNA, and More Tell Us About Crime 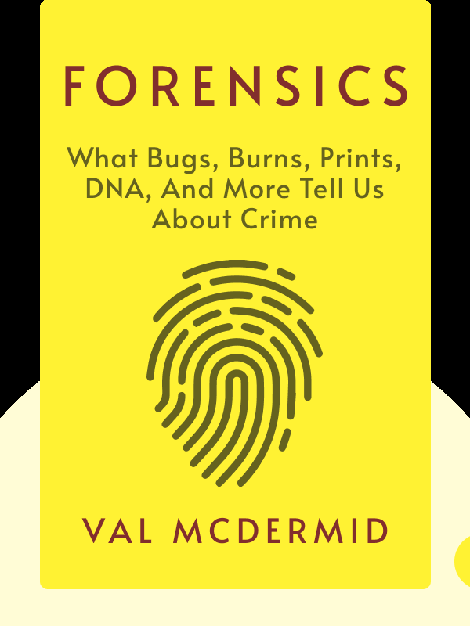 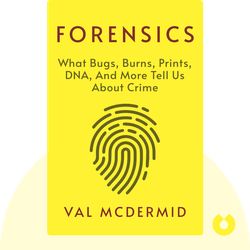 Forensics (2014) provides an inside look at the morbid world of forensic investigation. Filled with fascinating history and anecdotes from real criminal cases, Forensics gives you a complete, compelling overview of everything that happens during the investigation of a crime scene.

Val McDermid is an award-winning crime novelist who began her career as a bureau chief for a national UK tabloid. Her best-selling Tony Hill novels were the inspiration for the popular UK television series Wire in the Blood.

What Bugs, Burns, Prints, DNA, and More Tell Us About Crime 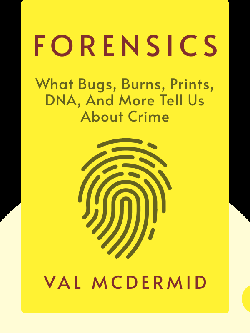 Forensics (2014) provides an inside look at the morbid world of forensic investigation. Filled with fascinating history and anecdotes from real criminal cases, Forensics gives you a complete, compelling overview of everything that happens during the investigation of a crime scene.

For 100 years, crime scene investigators have been securing forensic evidence.

If you spend any time in front of the TV, then you know that there’s no shortage of detective shows out there. Crime Scene Investigators, or CSIs, have become an integral part of today’s pop culture. But forensic science isn’t just a made-for-TV phenomenon.

Investigators of real crime scenes have been helping police collect and interpret evidence since the nineteenth century, when evidence-based legal proceedings were established. However, forensic techniques remained quite rudimentary until Edmond Locard came along in the early 1900s.

Locard  established the world’s first crime scene investigation laboratory in 1910 in Lyon, France. Inspired by the fictional Sherlock Holmes, Locard’s most influential contribution to forensic science is the aptly-named Locard Principle, which states: “Every contact leaves a trace.”

But the principles of modern crime scene analysis were established later, in 1931, when Frances Glessner Lee founded the Harvard School of Legal Medicine. There, she created the Nutshell Studies of Unexplained Deaths, a series of intricate dollhouse-sized crime scenes that serve as a pedagogical tool for forensics students.

But what do CSIs actually do?

Once a police detective has secured a crime scene, it’s time for the CSI to get to work. She starts with an initial inspection of the scene, collecting inceptive evidence, that is, clearly recognizable evidence, like weapons or a bloody fingerprint. This is done very carefully; full-body suits, gloves and hairnets are worn, in order to keep the scene uncontaminated.

The crime scene is then photographed from floor to ceiling and corner to corner. Every possible piece of evidence is bagged and clearly documented for a secure journey from crime scene to courtroom.

It’s crucial that CSIs work quickly to ensure that the most compelling evidence makes it to the courtroom. Even if a prime suspect is apprehended, police can’t keep them forever, so identifying inceptive evidence quickly is paramount.

In fact, speed is so important that modern CSI experts are considering introducing mobile investigation labs and mobile technology that would speed up the investigative process.