Reflections on Leadership from Wilson to May 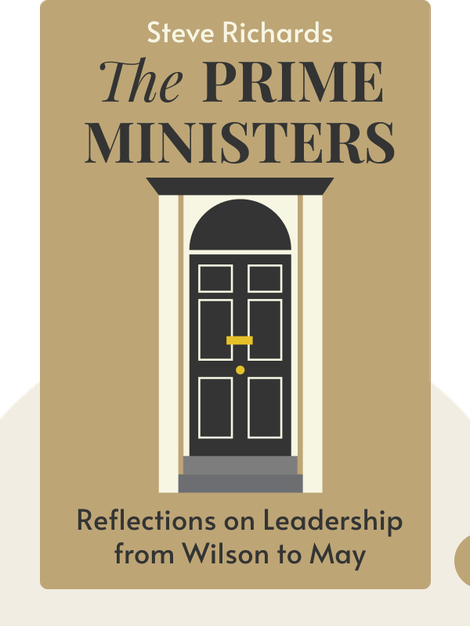 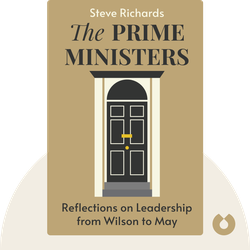 The Prime Ministers (2019) looks back on nine British prime ministers, from Harold Wilson to Theresa May. Taking in different political eras – from Thatcher’s booming eighties to the troubled post-Brexit landscape of Theresa May – Steve Richards considers the particular leadership qualities of these figures, judging their merits and defects at crucial junctures in their careers.

Steve Richards is a British political journalist, columnist and presenter, who presents the BBC Radio 4 show The Week in Westminster and has presented BBC radio series on Tony Blair, Gordon Brown, David Cameron and Theresa May. As a political journalist, he has observed many of Britain’s leaders at close quarters.

Reflections on Leadership from Wilson to May 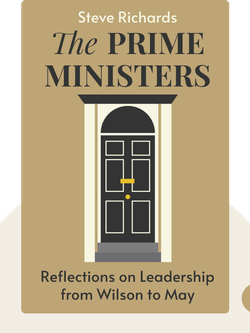 The Prime Ministers (2019) looks back on nine British prime ministers, from Harold Wilson to Theresa May. Taking in different political eras – from Thatcher’s booming eighties to the troubled post-Brexit landscape of Theresa May – Steve Richards considers the particular leadership qualities of these figures, judging their merits and defects at crucial junctures in their careers.

The office of Prime Minister requires a rare mix of qualities.

The British prime minister’s office has often been the stage for Shakespearian high drama – great triumph, betrayal and crushing defeat. To survive for long, prime ministers require diverse and subtle qualities that go beyond pure intellect or ideological conviction.

Though some of these qualities are almost indescribable – supernatural luck, or a sixth sense for the nation’s mood – there are a few clear ones that we can pin down.

First off, the ability to communicate effectively is a must. Take Margaret Thatcher. In the 1980s, she planned radical changes to the British economy. She wanted to shrink the state and cut public services – radical policies which would cause many of her own voters a considerable degree of discomfort. However, she was able to explain and justify her ideas in a way that appealed to many. She spoke of “choice” and “freedom,” words that were euphemisms for the free-market economics she wanted to implement. Who could reject “freedom” and “choice”?

Second, leaders must be ready to respond fluently to changing media narratives. A leader like Tony Blair, for instance, was able to take hostile stories and subvert them to his government’s advantage. Facing opposition to policies, like market reforms in the National Health Service (NHS) or the introduction of tuition fees for university, Blair was always quick to appear before the media at one of his regular press conferences. By the end of it, he nearly always managed to disarm and reassure reporters with his sophisticated explanations.

Third, most leaders have to unite very divided parties. To do this, they must be able to balance competing forces and use masterful diplomacy. Take Labour’s James Callaghan, prime minister from 1976 to 1979, who took office not long after the 1975 referendum on the UK’s membership in the European Economic Community (EEC). He led a party of passionate Europhiles and Eurosceptics, but was able to keep them united by giving the most influential figures from both sides important ministerial posts.

If any of these qualities are missing, a prime minister will certainly struggle. Some possess real intellect, for instance, but are ill-suited to the demands of leadership more broadly. Consider Labour’s Gordon Brown, who took office after Tony Blair resigned in 2007. He was one of the most thoughtful men to have been involved in British politics. But he lacked Blair’s nimbleness before the media, and Thatcher’s ability to simplify grand ideas. Consequently, his ratings fell as he took office, as the British public decided, cruelly, that he was too dour. He would lose his first election in 2010, and Labour left office after thirteen years in power.

In the next blink, we’ll consider how public opinion can be unfair to British prime ministers.

Start your free Blinkist trial to get unlimited access to key ideas from The Prime Ministers and over 3,000 other nonfiction titles. With bitesize text and audio, it's easier than ever to find the right ideas to transform your life.