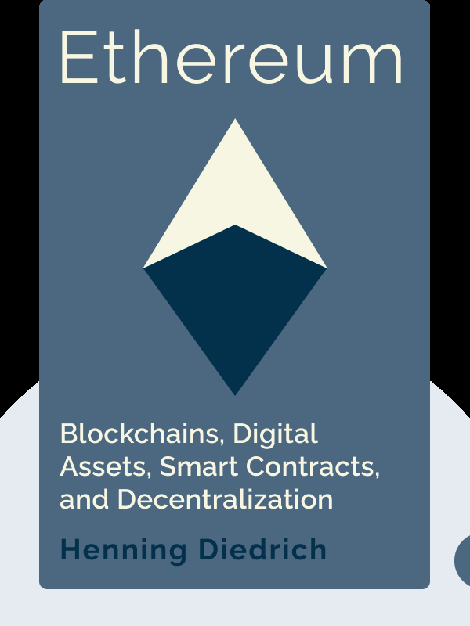 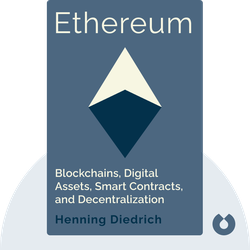 Ethereum (2016) introduces readers to the world of blockchains, digital currencies and smart contracts, while paying special attention to how the Ethereum cryptocurrency works. It provides a compelling account of where this technology is heading, explaining both how blockchains may revolutionize society and commerce and why Ethereum is currently the most advanced blockchain available.

Henning Diedrich is one of the leaders in the blockchain field, having worked as an architect for IBM’s Open Blockchain project. Diedrich is now working with the European Union, researching how blockchains may help prevent future financial crises. 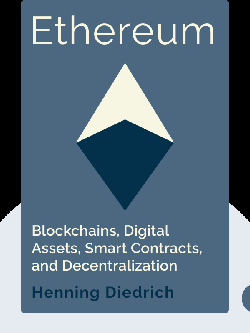 Ethereum (2016) introduces readers to the world of blockchains, digital currencies and smart contracts, while paying special attention to how the Ethereum cryptocurrency works. It provides a compelling account of where this technology is heading, explaining both how blockchains may revolutionize society and commerce and why Ethereum is currently the most advanced blockchain available.

Digital currency was developed by cypherpunks in reaction to online privacy issues.

In the 1980s, the world entered the computer age, with PCs becoming part of many homes and workplaces. To some people, however, this development was anything but welcome. To them, it seemed to foreshadow the rise of a complete surveillance state, not unlike something out George Orwell’s 1984. So a handful of computer programmers decided to fight back, and their weapon was code.

Thus, in the late eighties, the cypherpunk movement began. Their main aim was the protection of people’s privacy in the digital world.

One of the founders, the American programmer Eric Hughes, cataloged their goals and intentions in the 1993 book A Cypherpunk’s Manifesto. The cypherpunks wished to see safe, encrypted communication in the digital world; this would allow people to make anonymous transactions. Unlike credit card transactions, where the payer and sender can be identified, cypherpunks desired a digital currency where people could send and receive money without being tracked – not unlike paying with cash at the local corner store.

They took the first step toward a private communication system in 1997, by launching the Cypherpunks Distributed Remailer (CDR), which was basically an anonymous, decentralized email system. Not long afterward, came the first version of a cryptocurrency, called b-money, whose invention is credited to an individual with the online handle “Wei Dai.”

Remarkably, b-money worked similarly to how bitcoin works today: all users of the currency held a copy of the transaction log, so that each payment was posted for all to see and potentially approve or dispute. The big difference between b-money and bitcoin is this: in b-money’s day, there was no decentralized way to maintain the accounts.

Nevertheless, other attempts at cryptocurrencies followed, but each died when the dot-com bubble burst around the turn of the century.

Nearly a decade of silence followed. And then, in 2008, bitcoin emerged, becoming the world’s first decentralized digital currency.

Bitcoin’s inventor is known as “Satoshi Nakamoto,” but his real name remains a mystery. However, Nakamoto did make his intentions clear. He wanted to make the concept of a traditional bank – that is, of a central financial institution – obsolete. This is why Bitcoin doesn’t operate on any central registry and why all transactions are made directly between the users.

Now that you know how cryptocurrencies were born, let’s look at how they work.

Start your free Blinkist trial to get unlimited access to key ideas from Ethereum and over 3,000 other nonfiction titles. With bitesize text and audio, it's easier than ever to find the right ideas to transform your life.