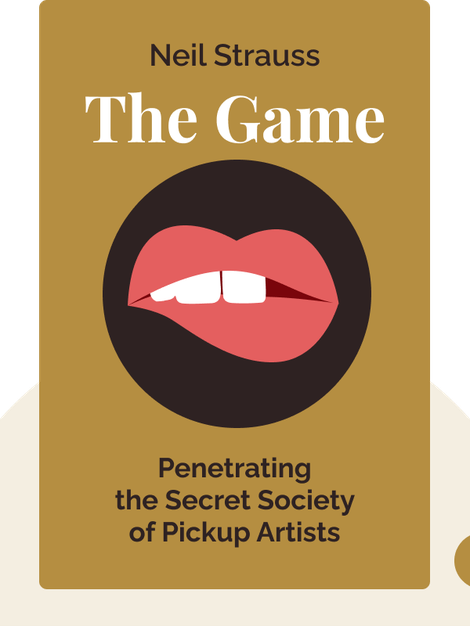 The Game (2005) gives readers an inside look into the “pickup community” frequented by men desperate to convince women to sleep with them. These blinks share the advice of a leading seduction guru, and the less than great consequences of his successes. 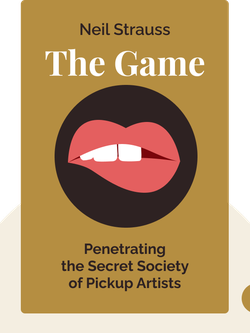 The Game (2005) gives readers an inside look into the “pickup community” frequented by men desperate to convince women to sleep with them. These blinks share the advice of a leading seduction guru, and the less than great consequences of his successes.

A community for exchanging pickup advice has been growing since the 1980s.

Everybody who went to high school can tell you that some kids are popular and others, well, just aren’t. While things improve for most people as they mature, some people find themselves bound to a life of unpopularity, incapable of ever getting any action.

Well, luckily that can all change, but it helps to understand that men have always been focused on the mechanics of seduction. That’s because not everyone is born looking drop-dead handsome like James Dean, and many must rely on their wits to attract women. That means seducing women who wouldn’t ordinarily consider them attractive. For instance, think of Casanova, the guy who conquered one woman’s heart – and bed – after another, using nothing but pure charm.

The first person to openly discuss modern tactics was Eric Weber, who published a book called How to Pick Up Girls in 1970 – and the race was on.

The decades that followed saw the birth of an entire online community focused on one thing: helping men around the world to trade tips on becoming pickup artists or PUAs. This community used blogs, websites and chatrooms to exchange advice about seducing women.

Just how much information has been passed on?

Well, when the author was new to the community it already boasted over 3,000 online posts, amounting to 2,500 written pages of seduction advice – and it’s grown exponentially ever since!

But while the internet was just the beginning, the web-based seduction community would soon become a physical reality. That’s because while the online community allowed people to share their experiences and advice, some gurus held more respect and admiration than others, and taught their personal methods of seduction.

It was for this reason that the seduction community branched out from its virtual roots and entered the real world. In the early 2000s, gurus began holding workshops designed to teach men how to pick women up in the field.

Don’t have the time to attend a workshop?

No sweat, just read on to learn about the wide range of pickup tips and tricks.

Start your free Blinkist trial to get unlimited access to key ideas from The Game and over 3,000 other nonfiction titles. With bitesize text and audio, it's easier than ever to find the right ideas to transform your life.