Trying Not to Try

Ancient China, Modern Science, and the Power of Spontaneity 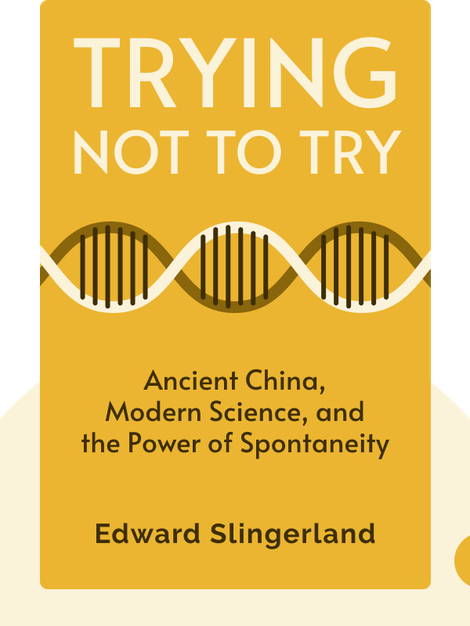 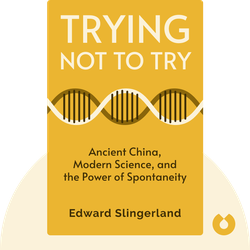 Trying Not to Try (2014) is your guide to ancient Chinese philosophy. These blinks explain why you should allow life to manifest itself to you without forcing things to happen. They also introduce ways to live a less stressful life.

Edward Slingerland is an academic and author who specializes in cognitive science and Chinese thought. He has previously authored What Science Offers the Humanities.

Trying Not to Try

Ancient China, Modern Science, and the Power of Spontaneity 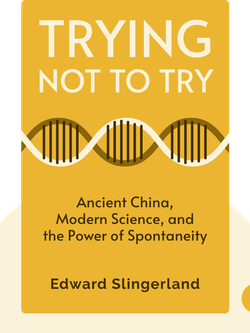 Trying Not to Try (2014) is your guide to ancient Chinese philosophy. These blinks explain why you should allow life to manifest itself to you without forcing things to happen. They also introduce ways to live a less stressful life.

Can you remember the last time you were completely engrossed in an activity like playing with a toddler or solving a challenging puzzle?

Well, Chinese philosophers have a word for this experience – wu-wei. Pronounced “oooo-way,” it roughly translates as “effortless acting.” In other words, it refers to being so wrapped up in an experience that you become one with the experience itself.

This idea poses interesting questions about the relationship between the body and the mind. People tend to think of the mind as connected to rational thought and the body as more instinctive. We separate them along these lines as different entities.

But for wu-wei, the goal is to bring these two “selves” together to work as one. The result of this marriage is an intelligent spontaneity that adds a certain fluidity to the act of working.

Just take the author, who experiences wu-wei when he writes. During these moments, he’s in a kind of writing zone, entirely absorbed by the process and overcome by a feeling of relaxation and pleasure with his work.

Or, for other examples, we can look to Taoism, the Chinese philosophy that celebrates living in harmony with the natural flow of the universe. In the Zhuangzi, one of the foundational texts of Taoism, there’s a story about a woodcarver who makes ornate bell stands.

Before he begins work, he fasts for seven days, bringing himself to a point at which his mind is so still that he forgets his body even exists. From there, he enters the forest to find the single tree in which he can see the bell stand. Once he has selected the specimen, he gets to work.

This story describes an essential aspect of wu-wei – it makes you whole. When experiencing this phenomenon, your mind stops seeing your body as a separate force. You don’t think, you just act, guided purely by instinct. Work done while in this state reflects the beauty, sincerity and ease of the process.