How Women Can Cultivate Desire 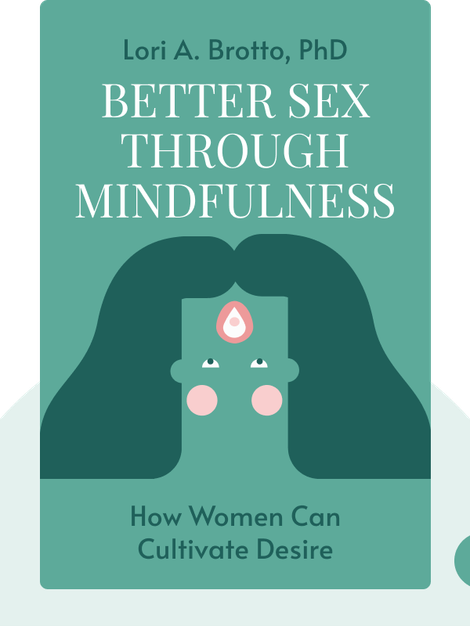 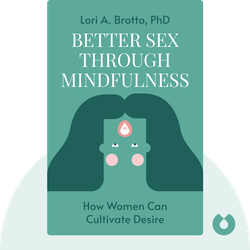 Focusing on women, Better Sex Through Mindfulness (2018) explores why stress and a lack of attentiveness are the root causes for many sexual problems, and shows how mindfulness can help all women be more satisfied, both inside and outside the bedroom.

Dr. Lori Brotto is a Canadian psychologist and a recognized expert in the field of female sexual disorders. She pioneered the use of mindfulness as a technique to treat sexual disorders and improve women’s sex lives.

How Women Can Cultivate Desire 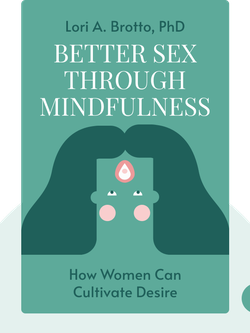 Focusing on women, Better Sex Through Mindfulness (2018) explores why stress and a lack of attentiveness are the root causes for many sexual problems, and shows how mindfulness can help all women be more satisfied, both inside and outside the bedroom.

Sexual dysfunction is a common problem for women around the world.

Sex is often considered a universally positive force: energizing, empowering and exciting. But the reality is, difficulties with sex are also very common. In fact, many women feel that sex is unrewarding, uncomfortable or painful.

In 1999, as part of the major National Health and Social Life survey, researchers asked 3,000 American women and men about their sex lives. Participants were asked whether they had experienced any sexual problems, such as a lack of interest in sex, problems becoming aroused, difficulty reaching orgasm, anxiety or pain. In total, 43 percent of all women were found to have some form of sexual dysfunction, compared to 31 percent of men. A lack of interest in sex was most common; almost a third of all female participants reported it. Inability to achieve orgasm was also normal, particularly among younger women. One in five women said they experienced pain.

Multiple surveys confirm these results, and not just in the United States. The Pfizer-sponsored Global Study of Sexual Attitudes and Behaviors, looking at almost 20,000 adults in 29 countries, got similar results, and established that low sexual desire is the most common sexual complaint, irrespective of country.

And a recent British study found even higher numbers: 51 percent of women had at least one sexual concern, while 10 percent of women reported feeling “distressed” as a result of sex. This suggests that problems could be growing.

Given the numbers, one would think the waiting rooms of sex therapists must be overflowing.

But, in fact, they’re not. Many women, though experiencing sexual difficulty, don’t regard the issue as serious enough to merit therapeutic intervention. Even the 10 percent who experience “distress” tend to keep it to themselves. Of that group, just one in five sought advice – and, even then, they mostly turned to the internet rather than consulting a professional.

But this general silence, perhaps driven by embarrassment or awkwardness, doesn’t mean that many women wouldn’t welcome some help and advice, especially if it led to a happier sex life. And that’s what the following blinks set out to provide.