How humanity fell in love with our feline companions 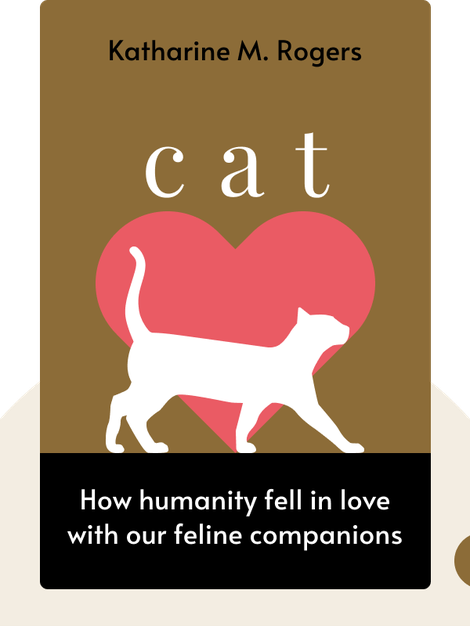 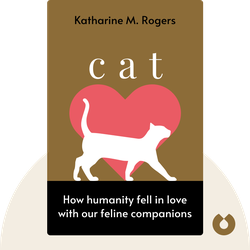 Cat (2006) offers a lovingly detailed look at the biological, historical and cultural history of our furry feline friends. Each blink looks at a different stage of development, chronicling how the relationship between humans and cats has evolved from horrific superstitious misunderstandings to domesticated bliss. Meow!

Katharine M. Rogers is a professor emeritus of English literature at the City University of New York, and has written extensively on eighteenth- and nineteenth-century literature. As an author, Rogers has shown her interest in a wide range of subjects with books such as Meet the Invertebrates and Port – A Global History. Rogers is now retired and currently lives in Maryland, where she indulges in her passion for national history. 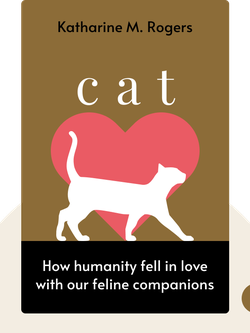 Cat (2006) offers a lovingly detailed look at the biological, historical and cultural history of our furry feline friends. Each blink looks at a different stage of development, chronicling how the relationship between humans and cats has evolved from horrific superstitious misunderstandings to domesticated bliss. Meow!

Cats have evolved over millions of years and domestication occurred only a few thousand years ago.

Maybe you have a cat curled up on your lap right now. The way it naps and happily purrs throughout the day can make your feline friend seem rather unassuming.

The first cat, known as Proailurus, weighed around 20 pounds and spent most of its time hanging out in trees. It had a long slender body that resembled today’s civet, and, compared to the modern cat, it had more teeth and a less complex brain.

Then, following 10 million years of evolution, Pseudaelurus emerged. While this species still had a longer body, it had teeth similar to modern-day cats.

From Pseudaelurus, two different relatives emerged: the sabre-toothed cats, which became extinct (along with their prey) around 10,000 years ago, and Felinae, the ancestors of our beloved cat.

Unfortunately, fossil records aren’t perfect and it remains unclear how these first felines evolved into the domesticated cat. But fossils that have been found reveal that its close relative, the wildcat, has been around for as long as two million years.

As for domestication, while the ancient Egyptians were close with their pet cats, widespread domestication as we know it today didn’t take place until the eighteenth century.

However, before humans took cats into their homes, we already had an ongoing, mutually beneficial relationship; they often lived close to our settlements and helped keep them free of rodents.

But then, around 2000 BC, the Egyptians began a new and close relationship with their cats, which they documented in paintings on tomb walls that date back to 1450 BC. These paintings capture domestic scenes of family members and their cats sitting nearby, being fed or sometimes even being held on a leash.

After the ancient Egyptians, it wouldn’t be until around the seventeenth-century in Europe that the status of the cat would start to shift from being a helpful mouse catcher to that of a cherished pet.

Start your free Blinkist trial to get unlimited access to key ideas from Cat and over 3,000 other nonfiction titles. With bitesize text and audio, it's easier than ever to find the right ideas to transform your life.