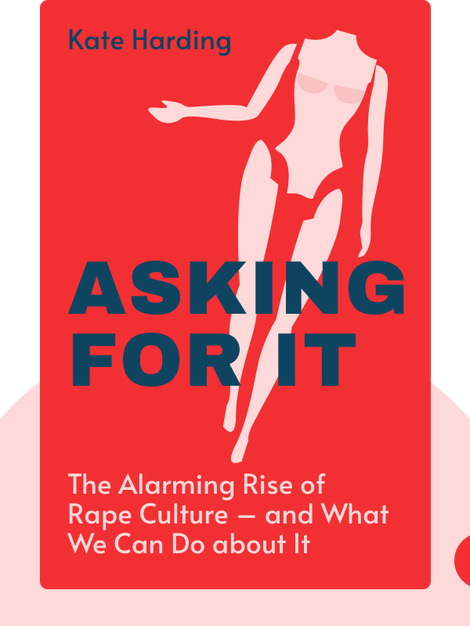 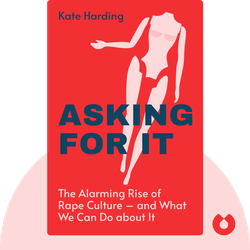 Asking for It (2015) is about rape culture, the social and cultural practices that normalize rape by diminishing the experiences of victims and vindicating perpetrators. These blinks outline the various manifestations and effects of rape culture, and the steps we can take to dismantle it.

Kate Harding is an author and columnist who specializes in issues surrounding violence against women and the cultural negativity regarding women’s bodies. She has contributed to The Book of Jezebel and DAME Magazine and coauthored Lessons from the Fat-o-Sphere. 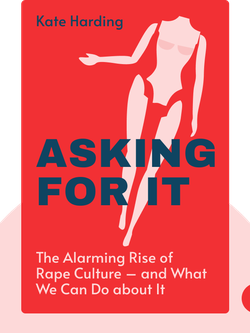 Asking for It (2015) is about rape culture, the social and cultural practices that normalize rape by diminishing the experiences of victims and vindicating perpetrators. These blinks outline the various manifestations and effects of rape culture, and the steps we can take to dismantle it.

Rape victims are often blamed for their own assault.

Imagine you heard the following statement in court: “Like a spider, she drew him into her web.” What kind of criminal do you think that would describe? A murderer? A con artist? No, an attorney once said this of an 11-year-old girl when he tried to defend the man who had raped her.

Unfortunately, that sort of argument often prevails both in the courtroom and society at large. Victims of rape are often slut-shamed as though they’ve invited the crime on themselves.

In this particular case, which happened in Cleveland, Texas in 2010, the 11-year-old girl wasn’t only raped by one man. She was repeatedly gang raped by several men. The offenders returned to her several times.

You might think this would be a clear-cut case in which the men were quickly convicted. But it wasn’t, because the girl was audacious enough to wear makeup. Even worse, she was Latina.

Tragically, these factors were twisted and used to blame her. And this sort of thinking isn’t limited to defense attorneys.

In rape cases, the perpetrators are often painted as victims. When James McKinley wrote about the Cleveland gang rape in the New York Times, he noted that much of the community was shocked by the case, but not by the tragedy of what happened to the girl. They were shocked that the men had been “seduced” into such behavior. There was a lot of concern about the case affecting the men for the rest of their lives.

Those attitudes might seem absurd, but they didn’t appear in a vacuum. They’re the product of the culture we live in. Rape culture blames victims, exonerates rapists and normalizes sexual abuse.