Zuckerberg’s Year of Books in 5 Minutes: What You Really Need to Know About Creativity, Inc. 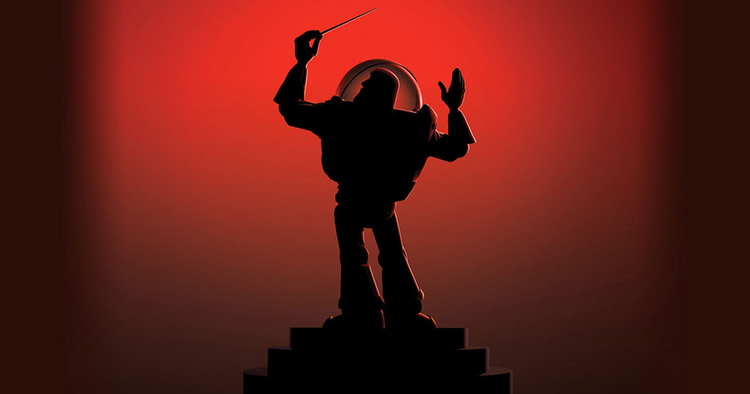 A quick note from us: Our purpose at Blinkist Magazine is to put knowledge from great business books on your radar every day, and we think that part of our job entails keeping you up-to-date with what great minds are reading. Thus, welcome to our fourth installment of Mark Zuckerberg’s Year of Books. The selections won’t be all work (after all, that’s up to Mark), but they do promise to be inspiring. We hope you’ll like learning what Zuckerberg is reading and that it will help start some great conversations – and expand your social network, too.

Oil and water. Mentos and Diet Coke. Business and creativity. There are certain combinations that weren’t made to mesh, but the last of those might be the exception. Creativity can, in fact, thrive within a large organization—but it takes the right leader and the right attitude toward change to help it bloom. 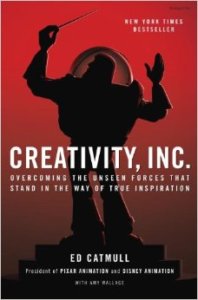 by Ed Catmull with Amy Wallace

Creativity, Inc., the fifth installment in Mark Zuckerberg’s A Year of Books, tells the story of Pixar and its merge with Disney Studios through the experiences of Ed Catmull, Pixar’s co-founder and current president. Catmull shares his journey toward becoming a successful manager, illustrating through examples the creative power of change and how a company culture can only be truly creative when focus is placed on the people who make it great – together. These important ideas from Creativity, Inc. will get you up to speed on the ways in which creativity, change, and business can create beautiful chemistry.

Managers are caught between a rock and a hard place. The imperative to find creative, innovative solutions to current or future problems is strong, yet they’re forced to choose safe ways to stay profitable. At the helm of both Disney Animation Studios and Pixar, Ed Catmull burst out of this narrow strait. He fulfilled his lifelong dream of creating the first ever computer-animated movie, thus ensuring Pixar’s success, and at the same time managed to rescue Disney Animation Studio from its decline.

In Creativity, Inc. Catmull shares anecdotes from his career at Pixar and Disney to offer insights on how to avoid the common creativity-stifling traps into which managers can fall. He makes a compelling case for why, if they really want to succeed, managers should be bold enough to burn the business plan, stop the assembly lines, and prize a great team over even the greatest idea.

Ed Catmull is a computer scientist and pioneer of the computer graphic world. He is also the current president of both Pixar and Disney Animation Studios, and was co-founder of Pixar in 1986. Co-author Amy Wallace is an editor-at-large at Los Angeles magazine as well as a correspondent for GQ. 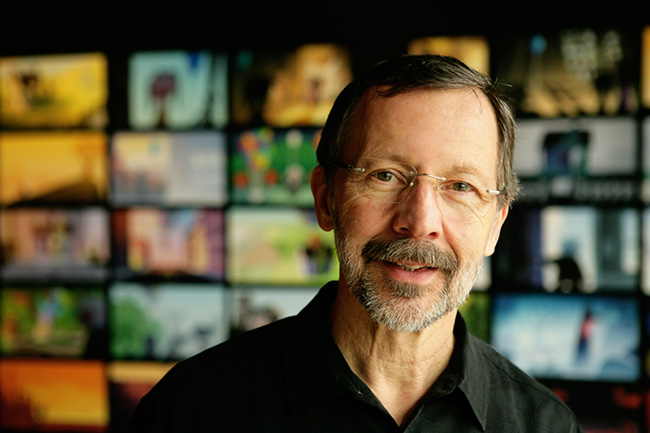 3 Things You Should Know from Creativity, Inc.

1. Rigidity is the sworn enemy of progress 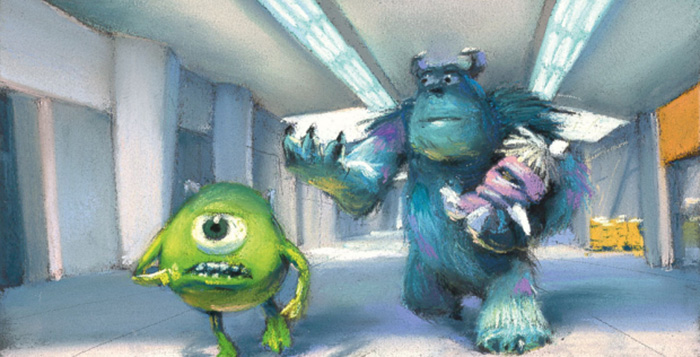 Ah, humans. We fear unfamiliar things because they might cause us to look like failures. What do we do instead? We try to control for calamities via planning. The business manifestation of this is a company choosing to follow a “safe route,” creating rigid structures in order to cope with an uncertain future.

For example, after Pixar and Disney Animation Studios merged, Disney’s HR head came to Catmull with a detailed prescription of activities, hoping to eliminate instability by sticking to the plan. But Catmull refused to sign off on the proposal. He holds that while businesses do need a goal to work towards, they should never be constrained by these goals. Often, the best hires and most important inventions happen in the moments that no one planned for or scheduled.

2. Trust is the most fertile soil for creative roots 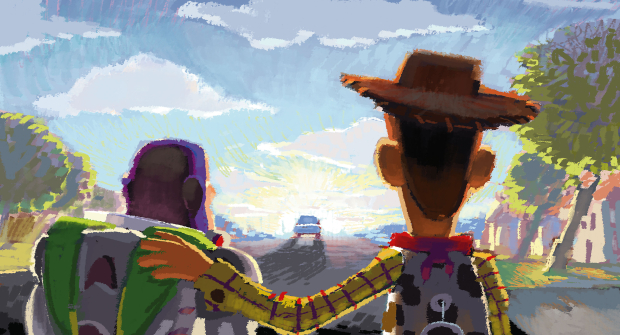 Ever had a boss who couldn’t keep himself from looking over your shoulder and micromanaging your work? You probably hated it, and with good reason. This approach to management isn’t just abusive and annoying: limiting employees’ independence can seriously hamper their creativity and morale, too.

Ed Catmull’s theory is that people are hired because their skills surpass those of their managers. As such, leaders should treat them like the experts they are by freeing them to make the decisions their professional expertise dictates.

To foster this kind of creative expression, Pixar created the “Braintrust:” a group of long-term Pixar employees and film-production experts in various fields who regularly review each film during production. Though The Braintrust can make whatever comments or suggestions they please, taking their advice isn’t mandatory. Instead, the film’s director is always in charge, thus leaving the real expert in control of his project and allowing his creative expression to flourish.

3. People are more important than ideas or processes

Many people think that success in business depends upon groundbreaking ideas. While this certainly doesn’t hurt, Catmull contends that a far more critical component of success is hiring the right people.

Consider this: almost everything you buy—from your iPhone to a five-star meal—is not the result of a single idea, but the sum of many people’s cooperative efforts. They are products of the work of many creative minds, be they designers of food or hardware, coming together to share their insights and create a successful product. Ultimately, it doesn’t matter how phenomenal your idea is, how clear your goals are, or how airtight your plan—forging a team that works easily and freely together is the road to success like Pixar’s.

One smart fact from Creativity, Inc.:

Changing the physical environment might yield the greatest breakthroughs.

Early on at Pixar, meetings were held at a long, rectangular table with place cards at each seat. This setup created an unwanted sense of formality and hierarchy. People in the middle were involved in conversation while those at the edges felt marginalized. 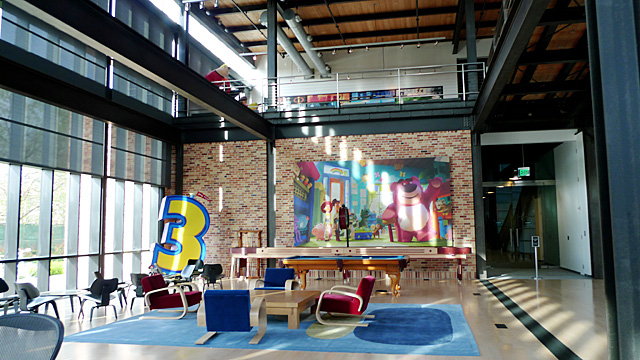 By simply replacing the old table with a square one and losing the place cards, everyone felt much freer to participate and voice their ideas, leading to better communication, tighter-knit teams, and more creative problem solving.

One odd fact from Creativity, Inc.:

Japanese companies in the 1940s improved their productivity with a simple idea: rather than giving only senior managers the power to halt the factory assembly line, all workers could stop production by simply pulling a cord if they saw a problem. Workers thus felt pride when they fixed problems on their own rather than waiting on management’s solution. The simple implementation of the cord also boosted efficiency because it led to fast problem solving.

This example is precisely what spurred Catmull and Pixar to instate “Notes Day,” a time for the company to halt all operations and spend the day working with each other in teams and giving their feedback about the company. Staff engaged in an open dialogue about the issues they faced. While at the end of the day, Pixar employees didn’t get a cord to pull, they got to share and solve their problems proactively, which left them with a feeling of greater ownership over their work.

Change—and the uncertainty and instability that accompany it—is inevitable and invaluable for creative environments. A company culture can only be truly creative when focus is placed on forging a functioning team, building trust, and fostering an imaginative environment.

Embracing change worked for Pixar and Disney Animation Studios. Pick up Creativity, Inc. to see how it can work for your team, too. You can also get a comprehensive summary of Creativity, Inc.’s key insights over on Blinkist. It’ll only take you 10 minutes to read.