Thinking big is oft touted as an asset, but what if the key to sustained success is actually focusing on the little things?
Malcolm Gladwell thinks that, like house parties and good logos, smaller is actually mightier. 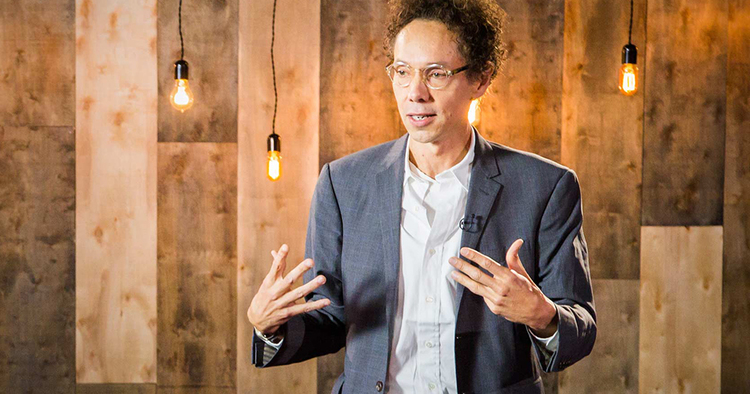 It’s in our Great Walls and Taj Mahals. It’s in our centuries of dynasties and towering mosque spires. It’s in our Land Rovers and our slogans (go big, or go home!). The quest for bigger and better in all forms is etched deep into man’s ambitions in ways that have been shaping progress since the dawn of time.

And, hey—going big has served us well as a species. It follows that there are hundreds of books that will school you on scaling up or on snagging an enormous customer base, or teach you how to broaden your skills to infinity and beyond. But let’s hit pause for just a second: what if going smaller were actually the next big thing?

Malcolm Gladwell, author of some of the last decade’s most influential nonfiction books, has found plenty of evidence that it’s the little things that count. We took a look at three of his bestsellers to show you how to use the might of the devil in the details.

1. Don’t cater to the many. Instead, find the few that matter. 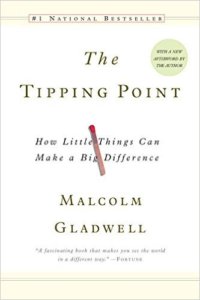 In The Tipping Point, Gladwell explains how wide acceptance actually depends on a few good connectors: the idea propagators of social networks. Connectors know (and like connecting with) lots of different people. Their most important feature is having many “weak ties,” or associates from many different walks of life, at their disposal. And, take note: contacts that transcend social milieus are especially important when it comes to spreading epidemics. Connectors, with their networks made up of people from different walks of life, help ideas spread far and wide. 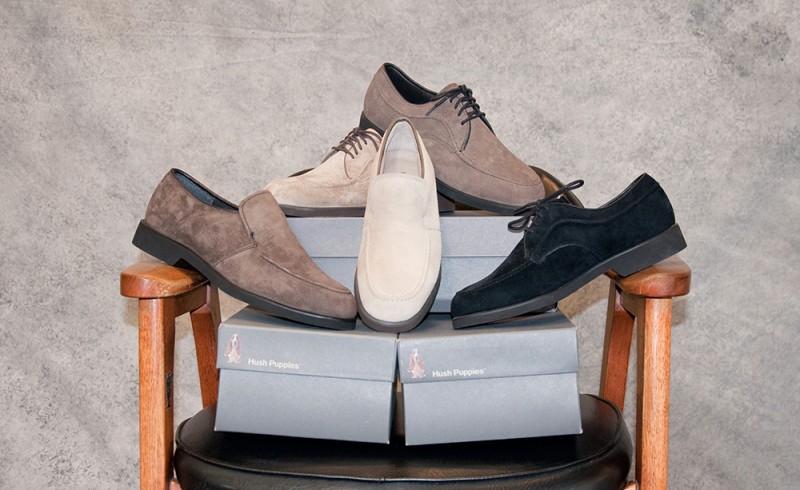 Take the suede shoes made by Hush Puppies, which remained mere shelf-warmers until the mid-1990s when suddenly they became a must-have. Within just one year, sales figures jumped from 30,000 to 430,000 pairs; the next year, around two million pairs of Hush Puppies were sold. The company itself had nothing to do with the epidemic. It all started when a couple of hipsters in Manhattan started wearing the shoes and kicked off the trend.

So what? According to Gladwell’s findings, you’d do best to find out who your connectors are and engage them, whether by social media, phone conversations, or in-person meetings. The connectors are the ones who will evangelize for you and your business and can start a social epidemic.

Read more: Get the highlights from The Tipping Point in 15 minutes.

2. Context and details can make or break you.

Consider for a moment: what if the aforementioned Hushpuppies had shod the feet of any ordinary urchin? Or what if they’d become popular amongst a sect of un-cool kids? Hushpuppies might never have achieved their widespread success due to a simple change of feet! This goes to show that even the smallest changes in a context matter.

In The Tipping Point, Gladwell talks of epidemics, but the same theory of context applies for any trend. Ideas, news, and fads spread due to external circumstances that can frequently be traced back to the tiniest changes. Here’s an example from mid-90s New York City:

Crime in the Big Apple was spiralling out of control and authorities blamed a number of seemingly toothless details: graffitied subway cars, or subway-fare evaders going unpunished. They contended that these details broadcasted the message that nobody was watching, and nobody cared. 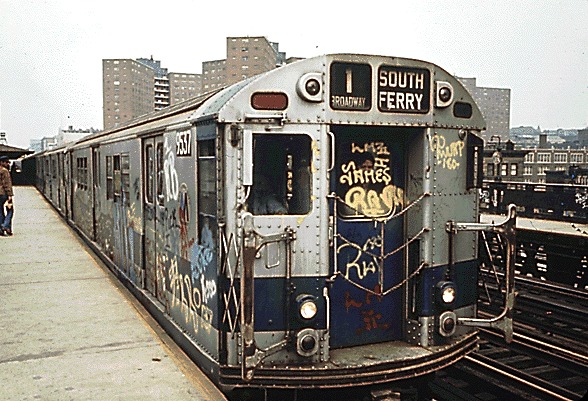 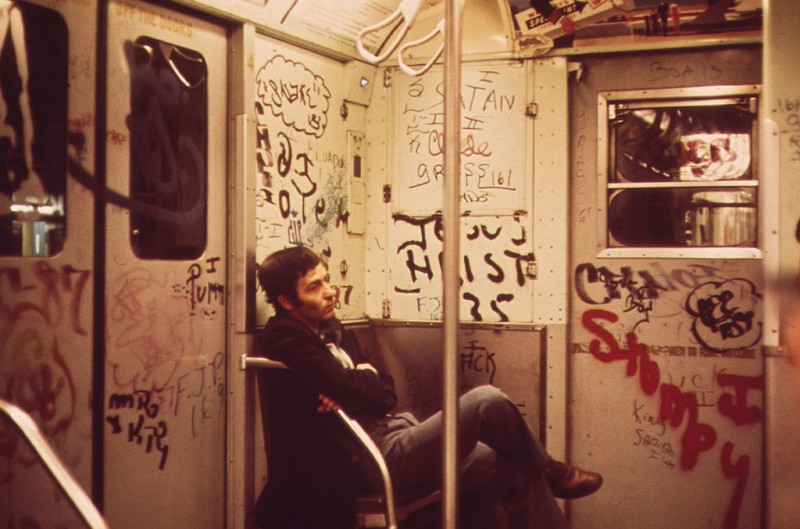 The city decided to put this theory to the test and began focusing on these details. Graffiti was removed, seemingly overnight, and fare-evasion became a punishable crime. By showing zero tolerance for “trifles,” it became clear to the public that reckless behaviour was no longer acceptable. The crime rate dropped dramatically in the subsequent years, which makes this experiment widely regarded as a success.

So what? Care about context. If your app isn’t getting the user love you think it deserves, or your jazzy new alarm clock isn’t selling, don’t scrap it all. Instead, take a critical look at the product itself. Maybe it’s a matter of swapping in a few buttons for knobs, or maybe it’s nothing a good UX designer can’t fix.

3. There’s actually a threshold for how hard you should push for a goal.

Take a look at your Facebook feed. Are there hundreds of tedious motivation messages from friends informing you to “go the extra mile?”

Although we are told we should push ourselves to develop our skills or build even more on what we’ve naturally got, once we’ve reached a certain level we no longer improve.

In Outliers, Gladwell explains that qualities that up the odds of success—like height in basketball players or quantitative intelligence in mathematicians—have a threshold. For example, after reaching a certain height, an extra couple of inches doesn’t make much difference for a pro hoops player. 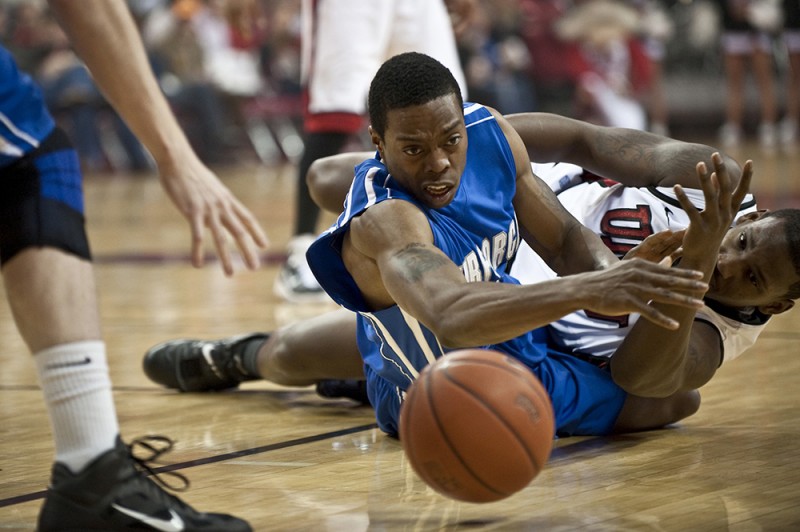 Qualities that up the odds of success—like height in basketball players—have a threshold.

These findings also hold true in education. Some law schools lower their entry requirements for racial minorities under a policy of affirmative action. Researchers have found that these students tend to perform slightly worse in law school overall than the white students, but by the time it’s time to evaluate postgraduate success, the difference has evaporated. Despite weaker performance both before and during law school, the minority students earn similar salaries, receive as many honors, and make as many contributions to the legal world as their white classmates.

So what? Skills and traits that are apt to your field are the necessary foundation for success—obviously you can’t become a leading legal expert if you have zero logical reasoning skills. However, once you’ve reached the skills threshold, marginal increases in your abilities won’t truly advance you. Make sure that you’re not pushing the envelope just for the sake of pushing.

Want more insights from Outliers? Get them in 16 minutes or fewer on Blinkist, free.

Knowledge is power they say, so be it tumbling down the Wikipedia hole or staying up all night to read that latest management book, we’re all on a continuous quest to get more of it. 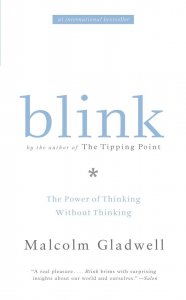 And yet, as Gladwell argues, too much information can actually be a bad thing. Exploring how unconscious prejudices and stereotypes are influencing your decisions all the time, Blink offers up many instances of just how they work against you.

Take this musical example: for many years, the prevailing opinion in the music world was that only men could be professional musicians like violinists or bass players. Women, regardless of how talented they were, were not considered viable candidates for the job. Simply put, they were the victims of stereotyping and prejudice.

In order to overcome this problem, the industry started using screens during auditions to hide the gender of the musicians so they could be judged solely based on their performance. Now that the practice has been widely adopted, there are many extraordinarily talented female musicians in orchestras all over the world. 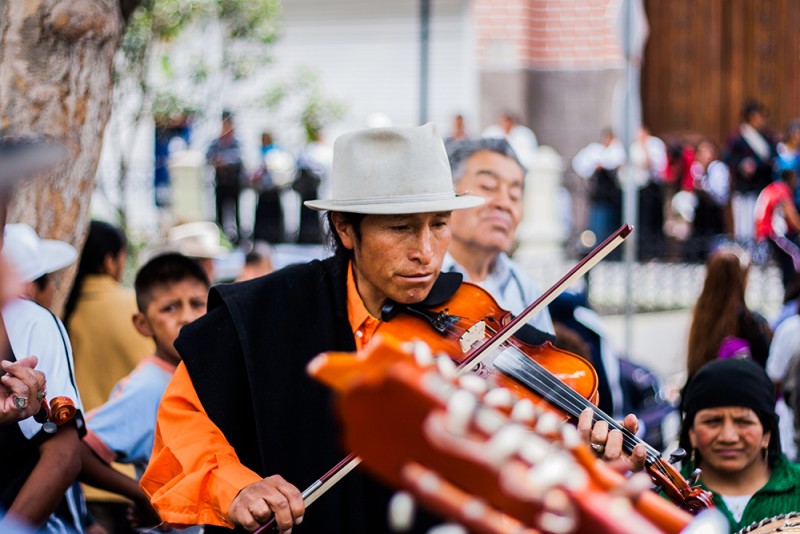 For many years, the prevailing opinion in the music world was that only men could be professional musicians.

So what? On the road to success, limiting how much your knee-jerk reactions guide your decisions is a definite plus, so you need to consciously shield yourself from potentially misleading information.  Instead of trying to know it all, try exposing yourself only to the information you need to make a decision—negating your unconscious snap judgments can be as simple as deliberately ignoring the information that doesn’t matter.

Get all the insights from Blink without batting a lash. Read the 15-minute redux on Blinkist here. 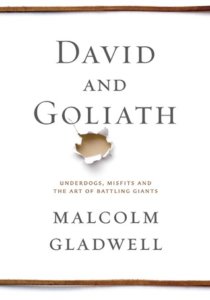 So, what if rather than trying to do it all, you simply don’t have the resources to do everything you want to? Surely you’re at a disadvantage, right? Gladwell says no. In fact, in David and Goliath , he asserts that not having access to it all can make you concentrate harder on what matters and help you thrive. 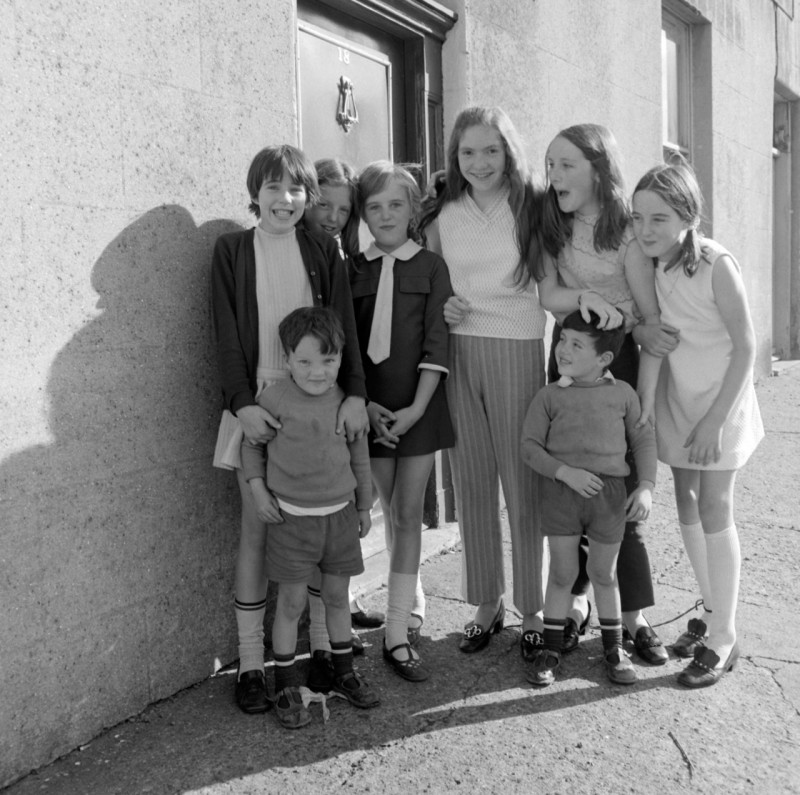 Growing up with a lack of resources can make you more independent.

We assume that with richer parents and a more exclusive education, a child is bound to grow up happy and healthy. However, a privileged background can, past a certain level, turn out to be counterproductive. One way this manifests is when parents have too much money, causing their children to lack independence. Because the children can rely on their parents’ wealth for the remainder of their lives, they don’t learn the importance of hard work and thinking for oneself. A boy growing up with poor and frugal parents can learn harsh but valuable lessons about money by helping to pay for things or by working for the family business. Gladwell thinks that this will galvanize him to gain qualifications or to start his own businesses in order to thrive.

So what? Don’t assume that having to make due with less is an insurmountable disadvantage. Scarcity can lead to creativity, improved work ethic, and the kind of self-reliant grit that privilege combs and buffs out of the more privileged few.

Read the rest of the tiny-but-mighty insights from David and Goliath here for free.

In each of Gladwell’s books runs a common current of mighty smallness. Keeping things small, he shows, improves what may be the most important thing anyone looking to win big needs to exercise: focus. By narrowing your scope to the few connectors and the information that matters, focusing on little elements of crucial context, and using limitations—either self-imposed or external—as a framework for creativity, you’re bound to keep your priorities straight as you make your way, centimeter by centimeters, to the winner’s circle.