Why ‘They’ Was Merriam-Webster’s Word of the Year 2019

Every year, leading dictionaries release their lists of words that defined the year. For Merriam-Webster in 2019, that word was ‘they.’

Our worlds are defined by the language we use to describe them and shifts within our culture are reflected in our words, our tools of thought. After all, if you don’t have a word for a thing, a feeling, a way of being, then how can you talk or think about it? If we lack the language for something, we may even be fooled into thinking it doesn’t exist. In the case of gender, many of us have been linguistically- and socially-conditioned into believing in a clear binary, that you must be either male or female. For a person who feels they don’t quite belong in either camp, but instead exist in some non-binary space along the gender spectrum, that language vacuum can be truly suffocating.

In the last few years, non-binary gender identities have started to be seen and recognized in mainstream conversations, and crucially, by governments. In 2016, Oregon became the first US state to recognize a non-binary gender identity, and as of 2019, eleven US states recognize a third or X gender. For those who identify as neither ‘he’ nor ‘she,’ the pronoun that provides the most space and comfort is ‘they’. Recognizing that non-binary genders are slowly becoming more accepted in mainstream culture, at the end of 2019 the Merriam-Webster dictionary announced that ‘they’ was its Word of the Year.

If you want to learn more about gender, how traditional roles are changing, or about what’s happening in the fight for transparency and unbiased reporting in scientific research on topics related to transgender and intersex people, here are some essential books that can help you discover more. You can read or listen to the key ideas from both of these titles on Blinkist.

In her groundbreaking book, She/He/They/Me, author Robyn Ryle evaluates and explores gender and what it can mean to different people in different cultures, both in the present day and throughout history. As we learn, gender is not an easy thing to pin down or define, which is why it can be so hard to talk about. Rather than thinking of gender as binary, Ryle suggests we imagine gender like a landscape that an individual charts across in one of a multitude of different ways. As she points out, gender does not remain static. Like a journey, it changes over a lifetime.

One of the essential problems of binary gender definitions, she explains, is that it is reductive. There are so many assumptions tied to the notion of ‘male’ or ‘female’ that have little or nothing to do with whether or not a person has male or female anatomy. For example, a typical assumption would be that someone who is biologically male would be dominant, while someone who is biologically female would be more passive. But as we all know, these generalizations are not accurate descriptions of all males or all females, and the assumptions themselves can lead to unwanted and destructive expectations that the individuals themselves cannot or simply don’t want to live up to. 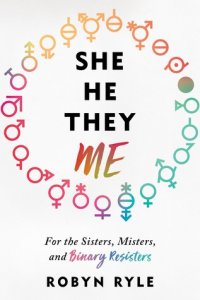 Ryle points out that gender ‘norms’ are taught, not natural, which is why throughout history and in different cultures boys and girls have been seen to adopt ‘non-typical’ gender traits depending on how they have been brought up. This gender socialization happens, generally, by parents or guardians rewarding behavior that conforms to the gender norm of the child’s biological sex, and punishing behavior that doesn’t. Ryle explains that consciously or unconsciously, society does this to prepare children for life in a patriarchy, a society that is predominantly led by men. When viewed like this, it makes sense that we raise our children this way: we are raising them unequally—and with a focus on different traits—to survive in a society that is itself unequal.

This is just the starting point for Ryle’s lengthy and fascinating dive into gender and the type of society that accommodates a view of gender that is often simplistic and reductive. From here, she looks at societies which have had no gender at all, and what a society with infinite genders might look like. While all of our gender journeys begin when we are assigned our gender at birth (whether correctly or not) that’s not where they have to end. Gender expression, our upbringing, and the society into which we are born, as well as our sexual orientation all shape our individual experiences of gender, too.

Alice Dreger’s smart and thought-provoking manifesto about the dangers of ignoring empiricism goes straight to the heart of the debate around the ethics of medical research. With a passion for social justice and its tightly-knit relationship with the scientific world, the author uses her platform to discuss a number of scientific controversies, including intersex medical interventions and what happens when both the traditional medical establishment and progressive activists rely too heavily on convenient narratives.

She begins by clarifying the difference between a transgender person and a person who is born intersex. In a way, she says, the two groups have opposite problems. A transgender person is someone who identifies with a gender that they were not assigned at birth—for example, a person who was born male but identifies more strongly as female. On the other hand, a person is considered to be intersex if they are born with anatomy that does not exactly correspond with biological definitions of either a male or female anatomy. An intersex baby is generally then assigned a gender by a doctor, who considers which gender the baby’s anatomy most closely resembles. Once the decision by the doctor has been made, the child is often subjected to surgery to make their anatomy more closely resemble that of the assigned gender with sometimes devastating consequences for the individual later in life. 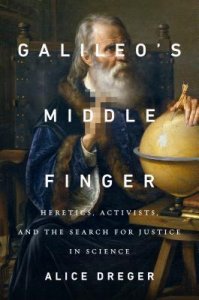 The main message of Dreger’s book however, is about the value of transparency in both activism and scientific research around transgender and intersex communities, and how quickly progressive causes like trans rights can become inflexible ideologies that can breed unethical behavior when the scientific facts don’t fit with a particular political or personal agenda. Through her research on transgender rights and groups, Dreger became aware of how politicized science in this field had become, and how, in the wrong hands, the fight for the rights of vulnerable groups like transgender people was being severely undermined by the at times criminal behavior of a few overzealous and misguided activists.

These are just two great reads that delve into gender, transgender, and intersex culture, science, and history, and provide a little background as to why the word ‘they’ is more than just a pronoun. Both these titles are available on Blinkist, and provide a great foundation for your exploration of the fascinating world of gender theory. Still a little uncertain? This short documentary provides real-world context for the often heartbreaking struggles faced by trans, non-binary, and intersex people.