An Acid A Day Keeps The Doctor Away: The Truth Behind LSD Microdosing

Could dropping a little diluted acid change your life? Maybe.

Many people still associate LSD (or Lysergic Acid Diethylamide to give its full name) with 1960s counterculture and the Summer of Love. Recently, however, it’s been experiencing somewhat of a comeback—albeit, quite literally, in small doses. Let’s have a quick look at the history of the drug and why microdosing is having a moment.

A brief history of LSD

The story of LSD began in a Swiss lab in 1938. Albert Hofmann synthesized the chemical but shelved it until five years later in 1943 when, upon taking a second look, he accidentally ingested a tiny dose and discovered its psychedelic effects. Three days later, on April 19 he intentionally ingested a 250mcg dose and cycled home. This was the first ever acid trip.

In the book How to Change Your Mind, Michael Pollan explores how after this discovery, LSD became readily available for some time. It was given to many people including influential figures, such as the earliest computer scientists and politicians. 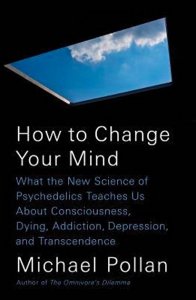 How to Change Your Mind

How to Change Your Mind

The actor Cary Grant famously took over 100 acid trips to explore his inner self, citing that it resulted in a rebirth of sorts. Research into the drug at the time however, was unreliable and governments began to view LSD as a potential threat to society, banning consumption and research for almost 30 years from the mid 1960s onwards.

Despite this, the drug remained popular in countercultural circles and though research has just recently been given the go-ahead, many people are privately exploring the impact of LSD.

A microdose by definition is a small, sub-perceptual dose of a drug. So, if a typical dose of LSD is 100-200mcg, a microdose would be 10-20mcg. In her book A Really Good Day, Ayelet Waldman describes the typical three-day structure of microdosing.

On day one, you take a small dose of LSD feeling the effects throughout. On day two, you would still feel the effects — perhaps with an even more enhanced sense of peace and well-being. By day three, you would return to a baseline level, where evaluation normally takes place. On day four, the cycle would then repeat.

The symptoms which LSD is most famed for — bright colors, hallucinations, and a sense of the mind leaving the body — aren’t present with microdosing.

Who does it and why?

People have been microdosing LSD for a number of different reasons, as there are many apparent benefits of doing so. In the startup environment, entrepreneurs have reported taking it to improve problem-solving abilities, to help birth new ideas, or to increase productivity in the workplace.

James Fadiman, a prolific researcher into the psychological effects of psychedelic substances, experimented with microdosing’s impact on creatives in the early days of LSD. He concluded that it aids them in their ability to reach a creative ‘flow’ state, improves their energy, and allows them deep inner exploration. It is for these very reasons many creatives are microdosing today.

Perhaps the most interesting way microdosing is being used is therapeutically. A lot of research is currently being carried out into how LSD can help people who suffer from anxiety, mood disorders, or PTSD.

Ayelet Waldman was one such person. Having always experienced mood swings and periods of serious depression, when she got to the point of being suicidal she decided enough was enough and looked for an alternative treatment where everything else had failed. 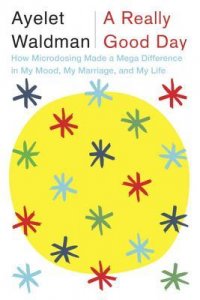 Her journey is mapped out in A Really Good Day and, like many others who turned to microdosing, she discovered that it drastically improved her mood and general outlook on life. Unlike traditional medications such as antidepressants, instead of trying to make serotonin (the receptor in the brain responsible for happiness), LSD directly mimics it. It helps the brain connect and communicate and increases dopamine levels.

Similarly, in How To Change Your Mind, Pollan explores how the use of LSD has helped terminal cancer patients to come to terms with their mortality, often in the form of guided trips. It had such a positive impact on the patients that many described their lives as being better than ever in the time afterward. A common effect people have reported is that microdosing LSD has allowed them a greater acceptance of life, with an increased focus on what’s really important.

The most crucial thing to keep in mind is that LSD is, of course, illegal. It’s always important to make sure that what you are taking is from a reliable source—and actually LSD!

It has a long-standing bad reputation but unlike other drugs, LSD is not addictive and the likelihood of overdosing is almost impossible. A very tiny number of people with existing psychiatric illnesses have experienced adverse effects and psychosis while on a trip.

The discoverer, Albert Hofmann continued to be an advocate for its positive effects and took it throughout his entire life — living to the ripe old age of 102.

Of course, not everybody will enjoy or feel the benefits as strongly as others. It’s an extremely personal thing. Where it will change one person’s life, it might do nothing for the next. Michael Pollan urges us to appreciate that deciding to start microdosing LSD is a momentous choice, and as with all big decisions in life, much thought and consideration should be given beforehand and throughout.

With all the high-profile publicity surrounding LSD microdosing of late, and the lift on the research ban, its popularity is certainly on the rise. Although conclusive research is still in its early days, all of it is pointing toward LSD becoming a positive force in the treatment of mental illnesses, in the pursuit of creativity and innovation, and generally to help people live a rounded and more fulfilling existence.