You get a book! You get a book! Everyone gets a book! When Oprah shouts about a new nonfiction title from the rooftops, it’s time to sit up and listen.

When she isn’t shrugging off calls for her to become the next President of the United States, Oprah can often be found picking out great titles for her highly-influential book club. Recently, she’s been making noise about a new autobiography that she’s passionate about — and with good reason!

The Sun Does Shine by Anthony Ray Hinton relays the author’s traumatic life story. In a case of mistaken identity, he was wrongly convicted of two charges of murder at the age of twenty-nine in 1989. Despite having a reliable alibi and there being a serious lack of evidence, Hinton was sentenced to death. 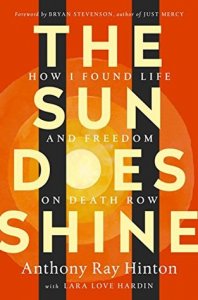 The Sun Does Shine

The Sun Does Shine

A thirty-year fight with the U.S. justice system followed to prove his innocence, which Hinton faced with courage and great resilience. His time on death row, his protracted legal battle, his eventual release, and experience of freedom in a changed world provide some eye-opening lessons to all of us. Here are five you should know.

1. Injustice is deeply rooted in circumstance

Hinton said his only crime was being born black in the U.S.A. Despite being raised by his mother to be a kind, loving, and forgiving person, he found himself a black man in racially discriminative Alabama, and so the odds were stacked against him. From his treatment by the police to the bigoted lawyer he was assigned, Hinton experienced prejudice at every turn throughout his fight for justice. Hinton urges us to understand that circumstance often dictates the paths of people’s lives much more than their actions. In doing so, we can all become a little more compassionate.

2. Never give up the good fight

When the police pulled up while Hinton was mowing his mother’s lawn, he could not have foreseen the long road that lay ahead of him. During the ensuing legal battle, he encountered many setbacks which might have broken his spirit but he always knew one thing: that he was innocent and deserved to be released. Hinton fought with a tenacity that showed exceptional bravery and refused to accept anything less than full exoneration. We can all learn from the endurance and unshakable optimism which he demonstrated throughout.

Put a group of humans together in any situation and they’ll find common ground. The extreme reality of death row became a basis on which prisoners built a heightened collective solidarity. Hinton became friends with, among others, a member of the Ku Klux Klan, through shouting between solitary confinement cells. He realized that often what you have in common is stronger than what divides you. Hinton shows us how necessary it is to believe that we humans are all the same, no matter what race, gender, or background.

Despite being faced with adversity, the human brain has an amazing capacity to flourish. Hinton discovered that his imagination was a powerful and necessary survival tool. To share this with his fellow inmates, he began a book group where they could all collectively escape their harsh reality. Hinton teaches us to never underestimate the impact of creativity and imagination, if not to change the world, then to make an immediate difference to your current situation.

Upon release, Hinton found that it wasn’t the easy ride he’d dreamed of for all those years. Indeed, reintegration into a modern society after being wrongly imprisoned for decades was never going to be easy. He had to deal with not only the mental struggles of being used to a confined space where misery and death lingered in the air constantly, but also the practicalities of a changed world. The world had advanced to the point of being almost unrecognizable after a thirty-year absence. Hinton challenges our understanding of the meaning of freedom, by showing us that it means something different to every individual.

Hinton didn’t just accept his fate. He confronted his thirty years of false incarceration with a strength and endurance we can all learn from. Whether that’s not judging someone due to circumstance, realizing the power of the collective human experience, or using creativity as a vital outlet to live a better life, Hinton’s autobiography speaks to us all. 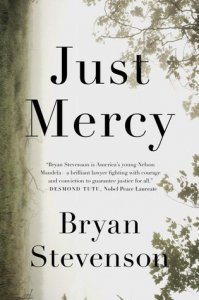 The Sun Does Shine is a truly unique book and arguably one which should never have been written. If you are interested in learning more about how the American justice system works, Just Mercy by Bryan Stevenson gives a deeper and further insight into why people like Hinton were failed by it.