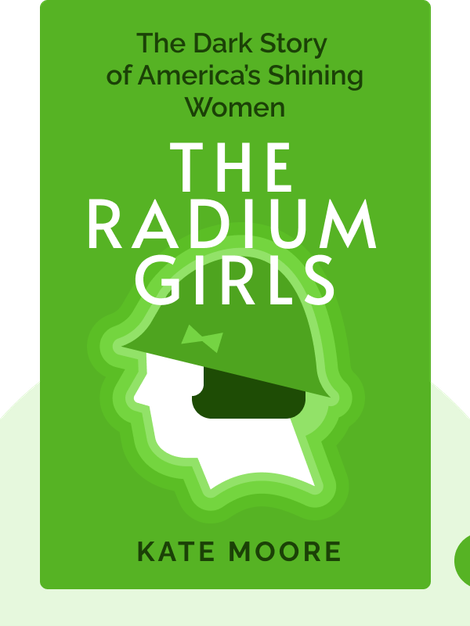 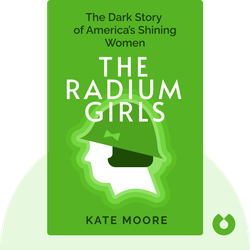 The Radium Girls (2016) tells the tragic yet ultimately inspiring story of American female workers in the early twentieth century who endured some of the worst corporate negligence imaginable. Their incredible fight for justice and responsibility continues to be a relevant story to this day.

Kate Moore is a bestselling author whose work has been translated into over 12 languages. Her other books include Felix the Railway Cat, which reached number three on the Sunday Times Bestsellers list. 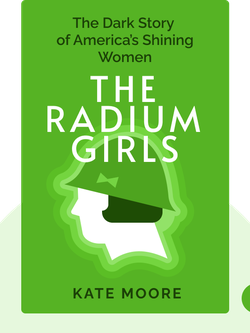 The Radium Girls (2016) tells the tragic yet ultimately inspiring story of American female workers in the early twentieth century who endured some of the worst corporate negligence imaginable. Their incredible fight for justice and responsibility continues to be a relevant story to this day.

Radium is a radioactive element that was used in a wide range of products in the early twentieth century.

At the turn of the twentieth century, scientists made a breakthrough discovery. They found that radium, a chemical element present in uranium, could be used against cancerous tumors and kill diseased tissue. Suddenly radium was seen as a miracle cure, and this is how it was marketed to the public. Beauty and health products were soon popping up, advertising radium as a special ingredient.

One such product was an expensive glass jar lined with radium. Supposedly, a person could buy the jar, fill it with water and enjoy the benefits of radium-infused water. The recommended dose was to drink five to seven glasses of radioactive water per day.

Another use for radium was as an ingredient to make paint glow-in-the-dark. The paint was applied to the hands and markings of watch dials so that they could be read at night.

Around the same time, the dangers of radium were being discovered and made public. But few in the manufacturing industry were paying attention.

The radioactive isotopes of radium were first discovered by Marie and Pierre Curie in 1898. What they found was that radium had different isotopes depending on the number of neutrons they were made up of. The most stable isotope, now known as radium-226, has a half-life of 1,600 years. That means it takes 1,600 years for the radium’s radioactive properties to deteriorate to half of its original strength. Another isotope is mesothorium, or radium-228, which has a half-life of six years.

So what did this mean for the people exposed to radium? As the paint at the watch factory contained radium-228, the workers dealing with this material were poisoned, with the damage taking six years to weaken in strength by half. If you were exposed to radium-226, your body would continue to be ravaged by the radioactive poisoning until long after death.

In the early 1900s, literature began to be published explaining how potentially harmful radium was. But this fell on deaf ears at companies eager to make quick and easy profits from their radium-enriched products.