The Art of Influencing Anyone

The classic must-read for anyone who wants to learn how to sound more convincing and persuasive. 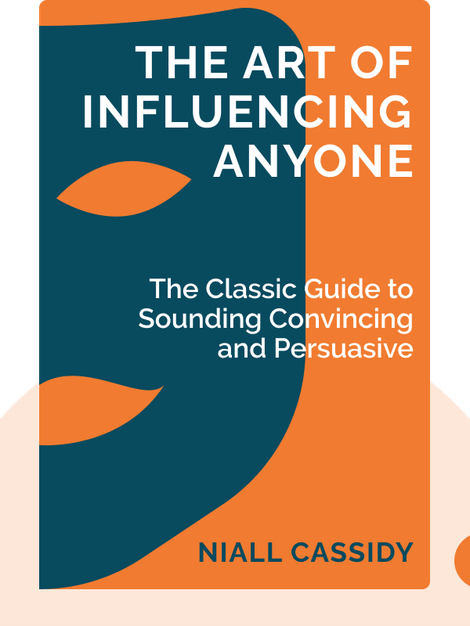 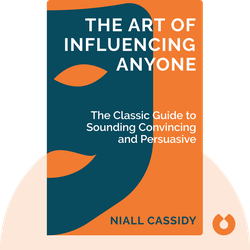 The Art of Influencing Anyone provides detailed information on how to influence people to do what you want. An invaluable read for salespeople, it is also useful for anyone who wants to learn how to sound more convincing and persuasive.

Niall Cassidy is a successful salesman with years of firsthand experience in the banking and insurance industries. Drawing from his direct contact with customers, he has uncovered how to communicate effectively and persuasively.

The Art of Influencing Anyone 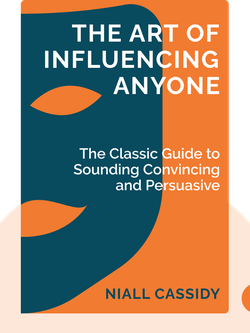 The Art of Influencing Anyone provides detailed information on how to influence people to do what you want. An invaluable read for salespeople, it is also useful for anyone who wants to learn how to sound more convincing and persuasive.

Persuasion is not about logical arguments but about communication and appearance.

Have you ever been in a position in which someone who didn’t work hard and was under-qualified got promoted instead of you at work?

This frustrating situation is more common than you might think. It is because the decisions we make – including the decisions our bosses make – are not always based on logic. In other words, why isn’t the most obvious means of persuasion also the most effective?

It’s because instead of paying attention to logical arguments, we put more faith in the things we want to hear.

Take two people presenting their ideas to their boss to start a business project. One of them shares a perfectly reasonable explanation as to why they should take it slowly, step-by-step. The other person is brimming with enthusiasm, saying that it’s better to dive straight in, but doesn’t present any real logical arguments to do so.

Who do you think the boss will select as project leader? Most likely the second one – the person who was more engaging and was enthusiastic about what the boss wanted to hear.

This common scenario demonstrates that the speaker’s personality is in many ways more important than the content or rationale.

This is also evident in article selection for academic journals. When researchers want to publish their findings, they send their papers to academic journals, hoping that one of them will select their work for publication. So what do the people at the journals look for in an article?

First they look at the author’s name. Second, the quality of the content. This was once proven by a professor who submitted an article which was utter nonsense. Shockingly, the article was published because he mentioned his PhD; people often reason that someone who holds a doctorate must know what they are talking about!