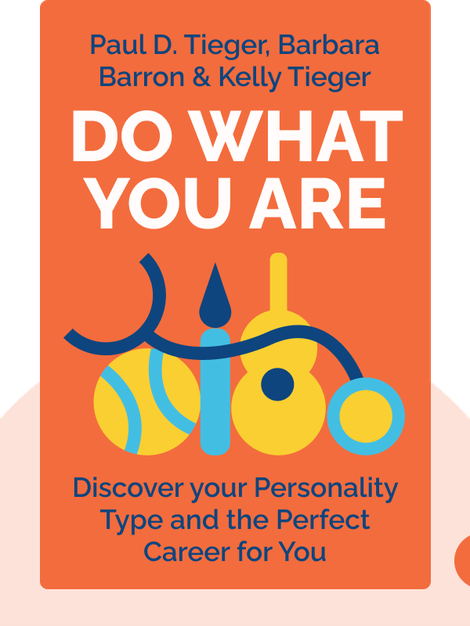 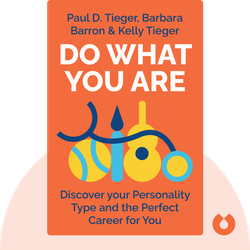 Do What You Are (1992) is a classic career guide, updated in 2014 to even better suit today’s constantly changing job market. By becoming more aware of their unique personality types, millions of people have found more fulfilling and satisfying careers doing work that better coincides with their natural strengths, interests and temperaments.

Paul D. Tieger is a widely recognized expert in personality types, and he uses his knowledge to help individuals, teams and businesses thrive

Barbara Barron uses her insight into personality types in her career as an advancement consultant, where she works with nonprofits and private schools in areas such as program development and fundraising.

Kelly Tieger has gone from an editorial assistant for her parents, Paul D. Tieger and Barbara Barron, to being an integral part of researching and developing material for the newest editions of Do What You Are. 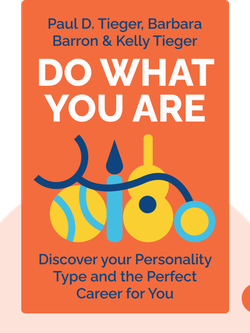 Do What You Are (1992) is a classic career guide, updated in 2014 to even better suit today’s constantly changing job market. By becoming more aware of their unique personality types, millions of people have found more fulfilling and satisfying careers doing work that better coincides with their natural strengths, interests and temperaments.

The notion of personality types is enduring, and it could be the reason you’re unsatisfied at work.

Do you dread having to drag yourself to work every morning? Does getting through a typical day feel like a monumental struggle that requires every ounce of your effort and leaves you feeling like an empty husk of a human being by 5 p.m.? Then there’s a good chance that your personality just isn’t suited to the job you’re doing.

The notion of different personality types isn’t some newfangled gimmick. It’s a tried and true concept that goes back to ancient Greece and was perhaps most influentially refined, in 1921, by the esteemed psychoanalyst Carl Jung.

Not long afterward, an industrious American woman, Katherine Briggs, along with her daughter Isabel Briggs Myers, developed this concept even further. Following years of research and testing, in the 1940s they developed the Myers-Briggs Type Indicator (MBTI®), which relies on four preference scales and includes 16 different personality types, which we will go into more detail in later blinks.

But how does this history lesson relate to your career?

To begin with, personality types highlight the fact that everyone has their own set of preferences for interacting with the world around her. Therefore, your most satisfying career is going to be a job that suits your preferences and specific personality.

Working at a job that doesn’t suit your personality type is like trying to write a sentence with the hand you don’t naturally use for writing. Sure, you’ll eventually finish the task, but each letter will likely be an uncomfortable and poorly executed struggle.

The truth is, work doesn’t have to be an unpleasant chore. When your job suits your personality, you’ll look forward to doing it and even feel energized by it!

Let’s look at two people, Arthur and Julie, who were working as placement counselors at a job recruitment firm, a competitive job that required making dozens of calls a day and getting rejected by most of their targets. Arthur was a talkative, high-energy, thick-skinned person, while Julie was slow-paced, disliked conflict and preferred to focus on the minute details.

Since Arthur liked jumping from one conversation to the next and didn’t take rejection personally, he thrived at this job, while it wasn’t long before Julie quit. This just goes to show how critical your personality type is for professional success and fulfilment.