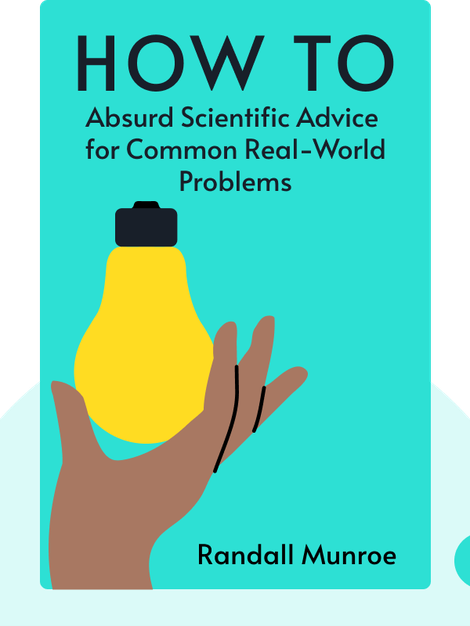 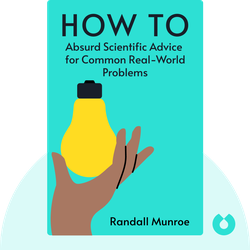 How To (2019) is an intentionally impractical, lighthearted guide to accomplishing a wide variety of tasks in extremely outlandish but plausible ways. Drawing from science, math and history, and combining them with a unique sense of humor, How To takes you on an amusing journey through some of reality’s most bizarre possibilities.

Randall Munroe is the author of the popular webcomic xkcd and two New York Times best-selling books – What If? and Thing Explainer. He is a former NASA roboticist who left the agency in 2006 to pursue a full-time career drawing comics. 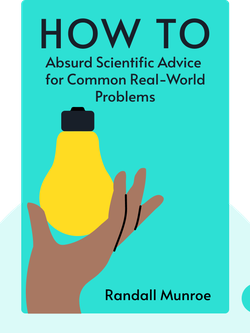 How To (2019) is an intentionally impractical, lighthearted guide to accomplishing a wide variety of tasks in extremely outlandish but plausible ways. Drawing from science, math and history, and combining them with a unique sense of humor, How To takes you on an amusing journey through some of reality’s most bizarre possibilities.

When crashing an airplane, slow and steady wins the race.

Here’s a question that most self-help guides fail to answer: When you’re flying a small airplane over the countryside and it suddenly malfunctions, where should you crash land it?

Your best bet is a freshly planted farm field. Cornfields are okay until the middle of June. You don’t want the crops to be too thick and tall, because then they might flip the plane over. A field of sunflowers, for instance, would be a bad idea. Alternatively, you can aim for a cow pasture. Just make sure you don’t run into any cows. Oh, and try not to have your airplane malfunction on a rainy day. You don’t want to land in mud.

In a pinch, land on top of a train or a flatbed truck. Just slow your airplane down to match the speed of the vehicle, then gently touch down on top of it. Keep in mind that a train or a truck is always bumping up and down a little as it moves forward, so be careful not to bounce off as you land. That little issue aside, this is a totally viable technique. Air show pilots can do it, so there’s no reason you can’t do it, too.

But what if you’re flying over the sea? In that case, you can employ a similar technique with an aircraft carrier, or even a surfaced submarine. Just ask the captain to steer his ship as fast as he can into the wind. This would give you headwinds of up to 60 miles per hour to fly against as you approach the ship. That will slow you down in relation to it, letting you land on a short surface.

To make your plane even slower as you land, you’ll want to turn off the throttle and put down your wing flaps – but make sure you retract them the moment you touch down. Otherwise, the wind could blow your plane off the ship. Also, keep your hand on the throttle and be ready to shove it forward to take off again, just in case you mess up.

After all, it’s better to be safe than sorry, and you can always try again.

Start your free Blinkist trial to get unlimited access to key ideas from How To and over 3,000 other nonfiction titles. With bitesize text and audio, it's easier than ever to find the right ideas to transform your life.