The Road to Character

Learn how to make yourself whole 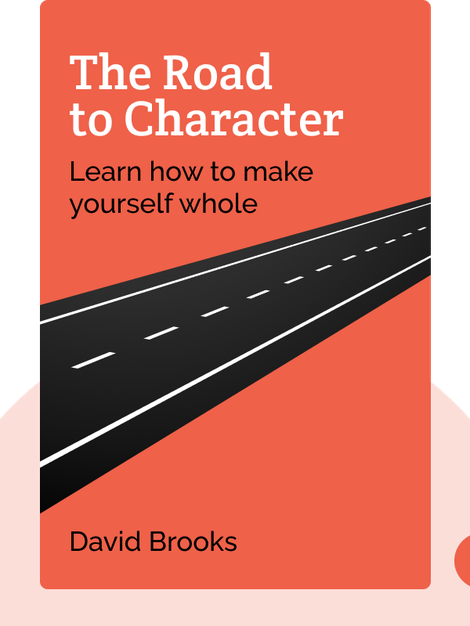 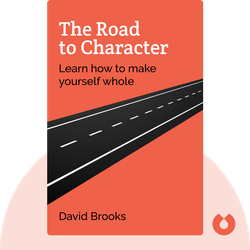 The Road to Character (2015) explains how society’s focus on fame, wealth and status eclipses moral virtues and internal struggles. These blinks will show you how to reclaim qualities such as kindness, bravery, honesty and commitment.

New York Times columnist David Brooks is also a regular guest on PBS’s NewsHour and NBC’s Meet the Press. He has written many national best-selling books, including The Social Animal: The Hidden Sources of Love, Character and Achievement.

The Road to Character 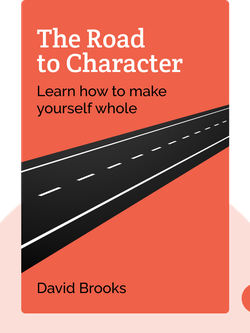 The Road to Character (2015) explains how society’s focus on fame, wealth and status eclipses moral virtues and internal struggles. These blinks will show you how to reclaim qualities such as kindness, bravery, honesty and commitment.

Today’s society values the “me,” the extrovert that lives in each one of us. But this wasn’t always so.

The idea of multiple, conflicting personalities within each person has long been the subject of philosophical investigation, captivating thinkers throughout history.

Each person is composed of two competing personality types, called Adams. Depending on society’s prevailing culture, people lean toward one or the other type.

Our “Adam I” type is an “alpha,” a personality that projects outward, most comfortable in a success-obsessed society. He wants a career, social status; he’s a winner and will fight to remain so.

In contrast, our “Adam II” type is an introvert. Today’s society wants nothing to do with him. He has a strong moral compass and strives to become more virtuous. Think of Adam II as the core of what makes a human “human,” displaying traits such as kindness, bravery, honesty and devotion.

So while each person embodies these two basic types, one is often overshadowed by the other.

In the past few decades, American society has made a shift from the moralistic world of Adam II to the self-centered one of Adam I.

Consider how in America, public figures used to emphasize traits such as humility. For instance, George Bush Sr., who grew up in the era of Adam II, barely spoke about himself, even during his presidential campaigns. In fact, he was so keen to avoid self-promotion that he crossed out the word “I” in all his campaign speeches!

But this age has come and gone.

Today people are pushed to obsess over themselves and live only for their own desires. This message is evident in everything from movies to self-help books to celebrity commencement speeches: You’re unique. Follow your dreams! Don’t accept any limits, and never change.

Start your free Blinkist trial to get unlimited access to key ideas from The Road to Character and over 3,000 other nonfiction titles. With bitesize text and audio, it's easier than ever to find the right ideas to transform your life.