Everything I Know About Leadership 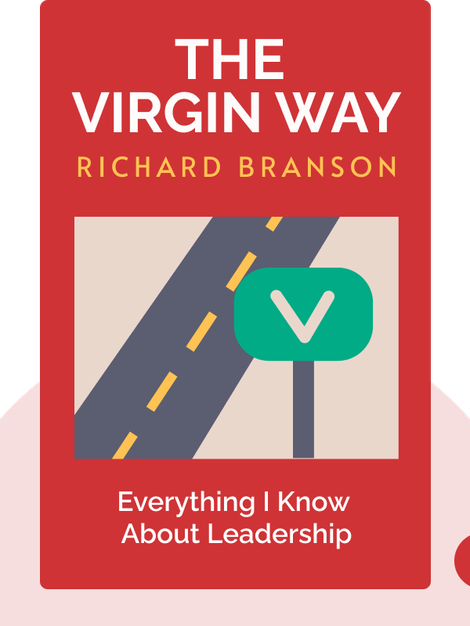 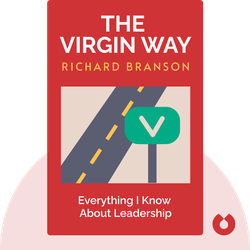 The Virgin Way (2015) explores Richard Branson’s secrets of leadership. Drawing on real-world anecdotes from the author’s decades of experience and eccentric way of doing business, these blinks are an insight into one of the world’s most innovative minds.

Richard Branson is a business magnate, author and philanthropist. He is the founder of the Virgin Group, which encompasses over four hundred companies. Branson has a net worth of around $4 billion and, in 2007, was listed as one of Time Magazine’s most influential people in the world.

Everything I Know About Leadership 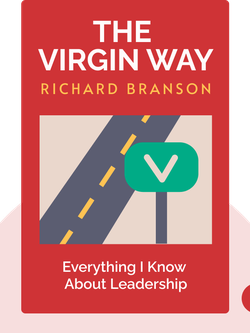 The Virgin Way (2015) explores Richard Branson’s secrets of leadership. Drawing on real-world anecdotes from the author’s decades of experience and eccentric way of doing business, these blinks are an insight into one of the world’s most innovative minds.

Branson’s upbringing made him a compassionate leader.

Our parents give us a lot, from their time and attention to their eye colors. But what about the less obvious things that make us who we are, such as our personality and general life philosophy? Richard Branson believes that his approach to leadership is all thanks to the way his parents raised him.

As a young boy, Branson often visited the local shop to buy chocolate bars. Unfortunately, he paid for his chocoholic habit by pilfering small change from his parents’ bedroom. When the shopkeeper eventually told his father Ted of her suspicions, the young Branson expected a mighty punishment.

But to his surprise, his father took little action – he didn’t even acknowledge that he knew about the theft. In fact, all his father did was give his son the cold shoulder for the rest of the day. Though he escaped punishment, Branson never stole his parents’ money again. Why? Because he knew full well that he had disappointed his father – Ted’s silence made that clear, and no harsh reprimand was needed.

As an adult and an employer of tens of thousands of people, Branson has tried to live up to his dad’s example of leniency. When Branson was running Virgin Records, for example, he became aware that one of his younger employees, a talented Artists and Repertoire (A&R) person, was stealing records and selling them to other stores. Though Branson would have every reason to fire him, he remembered his own experience of stealing and his father’s kindness.

Thus, after privately confronting the employee about his theft, he gave him a second chance and allowed him to keep his job. The result? Just like the younger Branson, this employee never stole anything again. Moreover, he became a great asset to the company, discovering several hit artists, including the singer Boy George.

Unfortunately, Branson’s humane attitude is at odds with some of his business contemporaries. US President and billionaire businessman Donald Trump, for instance, previously delighted in publicly denigrating people and firing them on his TV show The Apprentice. This may have all been for entertainment, but it nonetheless reflects the hard-nosed and authoritarian values that many business leaders subscribe to.

Fortunately, though, that’s not the Virgin way of doing things.