A Yogi’s Guide to Joy 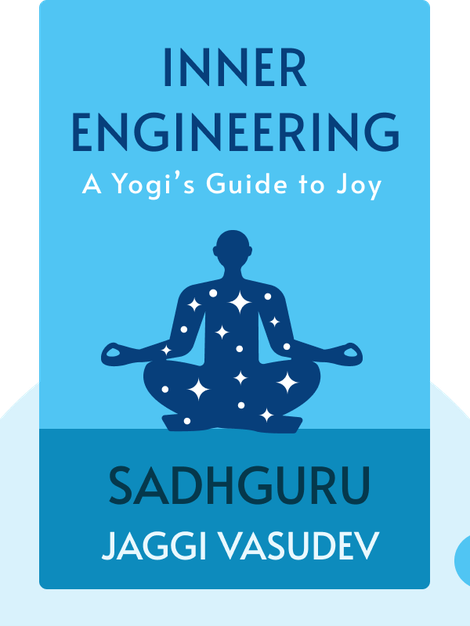 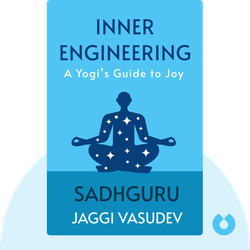 Inner Engineering (2016) explains how happiness can only be found within yourself. These blinks introduce spiritual wisdom that will make you happier, more fulfilled and at peace with the life you are living.

Sadhguru Jaggi Vasudev is an Indian mystic. Rather than practicing asceticism, he believes in leading a full and joyful life. In addition to his spiritual mission, he is the founder of a charitable organization that works to alleviate poverty in India.

A Yogi’s Guide to Joy 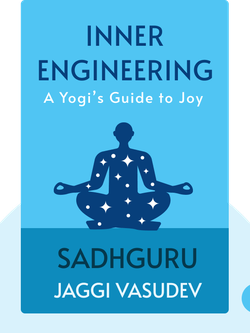 Inner Engineering (2016) explains how happiness can only be found within yourself. These blinks introduce spiritual wisdom that will make you happier, more fulfilled and at peace with the life you are living.

Lasting fulfillment can only be found within yourself.

Have you noticed how many hyper-successful people can’t seem to find happiness in life? It’s a pretty common scenario. But how come?

The short answer is that straying from your true self to succeed at work is only initially effective. As one Indian story shows, it doesn’t bring lasting fulfillment.

The story goes like this: One day, a pheasant complained to a bull, saying, “my wings are so weak I’ll never reach the top of this tree and take in the view.” The bull said the pheasant should eat a small piece of dung each day. Doing so would make it stronger, and eventually, the pheasant would be able to reach the uppermost branches.

The pheasant took the bull’s advice, and it worked. The bird became stronger and eventually was able to fly up, perching on the treetop. Then a farmer walked by. Seeing the big, juicy pheasant on the branch, he shot it out of the tree and cooked it for dinner.

The same goes for people: bullshit will only take you so far.

To truly find fulfillment, you need to notice how you experience the world inside of yourself. This is key, since people tend to fixate on the outer world, convinced that’s where all their experiences and emotions – negative or otherwise – lie.

However, this is just an illusion. For instance, when you read a book, where is the book you’re seeing?

Any rational person would say it’s in her hands, outside of herself. But when you read, light is falling on the pages, reflecting into your eyes and projecting onto your retina. The book is seen within you. Just like every other thing in the outside world, it’s inside of you.

Grasping this concept is essential, since a fixation on the external world prevents many people from finding fulfillment. Next up you’ll learn why.