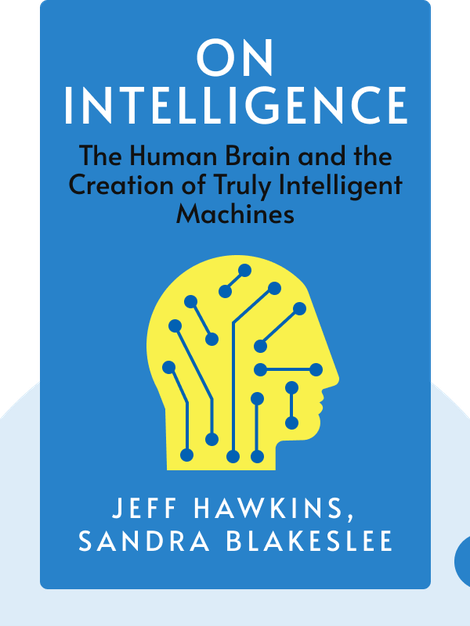 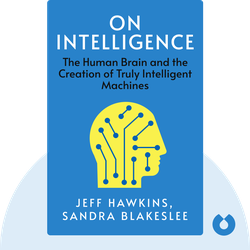 These blinks provide an overview of the human brain’s capacity for thinking and for comparing new experiences to old memories. They also explain why today’s machines still aren’t able to emulate this capability, but why we may soon be able to build ones that can.

Jeff Hawkins is the co-founder of the companies Palm and Handspring. After inventing the PalmPilot and the Treo smartphone, he began working for the Redwood Neuroscience Institute, a non-profit organization. It was there that he developed some of the theories presented in these blinks.

Sandra Blakeslee writes for the New York Times as a science correspondent. She is the co-author of several books such as Phantoms in the Brain. 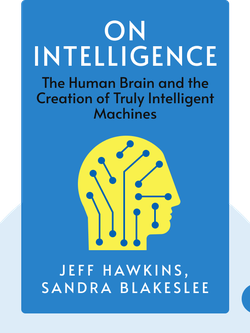 These blinks provide an overview of the human brain’s capacity for thinking and for comparing new experiences to old memories. They also explain why today’s machines still aren’t able to emulate this capability, but why we may soon be able to build ones that can.

Making computers more powerful will not make them more intelligent.

In the past decades, computers have become ever smaller and more powerful.

This development has inspired some researchers to dream of a computer powerful enough to actually think like a human being. However, despite the fact that modern computers have much more raw processing power than the human brain, they are still nowhere near intelligent, i.e., capable of being creative and understanding, and of learning from the world around them.

That’s because computers and our brains are built on fundamentally different principles.

Computers are programmed to do certain tasks, and that’s the extent of their abilities. They never learn anything new, but rather just store information without the ability of using it later to understand new incoming information.

The brain, on the other hand, is not limited to pre-programmed tasks, but can understand and learn new things. That’s what makes it intelligent.

For example, one famous computer, Deep Blue, beat Garry Kasparov, the world’s best chess player, at his own game. But Deep Blue didn’t win because it was more intelligent than Kasparov.

An expert chess player like Kasparov can look at the board in any situation and instantly judge what moves make sense for his strategy and what kind of counter-response will follow. A computer, however, can only run the numbers of every single possible move and countermove, calculating the probabilities to victory. It does not understand chess any more than a pocket calculator understands the rules of math, despite its capacity for adding up numbers.

In this sense, making processors more powerful or adding more memory capacity won’t necessarily help make computers intelligent. Rather, it will only make them faster at calculating – a task computers already perform better than humans. Nevertheless, computers still won’t be able to understand the world and think about the information they store the way humans do.

It thus seems that the first step in building a truly intelligent machine will be understanding the workings of the human brain.

Start your free Blinkist trial to get unlimited access to key ideas from On Intelligence and over 3,000 other nonfiction titles. With bitesize text and audio, it's easier than ever to find the right ideas to transform your life.