The Age of Spiritual Machines 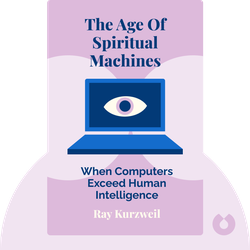 The Age of Spiritual Machines (1999) is your guide to the future. These blinks explain the new age of machines and what robotic intelligence will mean for life as we know it.

Ray Kurzweil is an inventor, computer scientist and futurist. He’s the inventor of a reading machine for blind people, speech-recognition technology and multiple music synthesizers. Among other titles, he’s the author of The Singularity is Near, How to Create a Mind, and The Age of Intelligent Machines.

The Age of Spiritual Machines 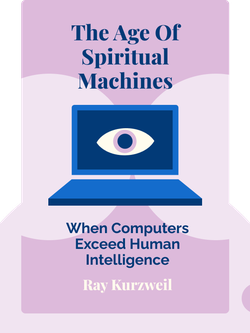 The Age of Spiritual Machines (1999) is your guide to the future. These blinks explain the new age of machines and what robotic intelligence will mean for life as we know it.

Time slowed down when the universe first developed but sped up as life-forms evolved.

Technology is accelerating at an ever-greater pace. We now live in a world of artificial intelligence, drones and 3D printing, but all this rapid-fire change stands in stark contrast to the origins of the universe. In fact, as the universe began to grow, time actually slowed down.

About 15 billion years ago, the universe was born. From there, it took just 10-43 seconds, a tiny fraction of a blink of an eye, for the newly created cosmos to cool down to what was still a whopping hundred million trillion trillion degrees, a temperature low enough for gravity to develop.

But then things began to slow down. As the universe expanded, events became more spaced out. From tiny fractions of seconds to hours, years, hundreds of thousands of years, and so on.

As life-forms began to evolve on Earth, however, time began to speed up. The first of these single-celled organisms was formed some 3.4 billion years ago, about a billion years after the formation of Earth. From that point on, evolution gained momentum.

Seven hundred million years ago, plants and animals – the first multicellular creatures – evolved. In the 130 million years that followed, the basic physiological structures of animals, like spinal cords, appeared. These new structures not only enabled primordial fish to propel themselves through the water, they also marked a significant acceleration in evolutionary time.

As this pattern continued, the primates emerged and, pretty soon, evolution could be measured in tens of millions of years, rather than hundreds.