The Surprising Truth About Wheat, Carbs, and Sugar – Your Brain’s Silent Killers 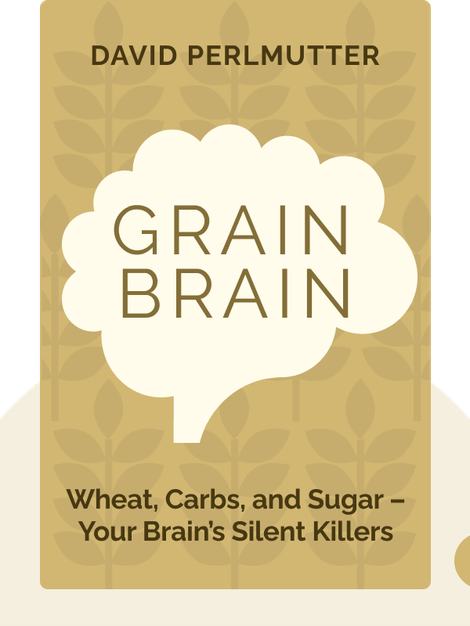 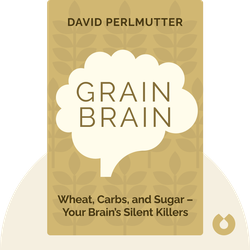 Grain Brain (2013) outlines how what we eat can cause or mitigate serious brain disorders like anxiety, ADHD and depression. Eating well is crucial to your brain’s functioning well, and these blinks tell you why.

David Perlmutter is a neurologist, writer and the president of the Perlmutter Health Center. He contributes regularly to the Huffington Post, the Daily Beast and Mind Body Green. Grain Brain is his first New York Times bestseller.

The Surprising Truth About Wheat, Carbs, and Sugar – Your Brain’s Silent Killers 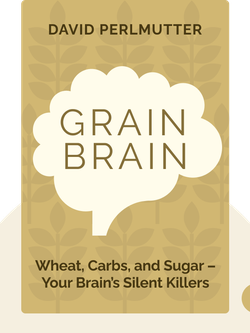 Grain Brain (2013) outlines how what we eat can cause or mitigate serious brain disorders like anxiety, ADHD and depression. Eating well is crucial to your brain’s functioning well, and these blinks tell you why.

Inflammation is closely linked to our diet – and it can lead to multiple diseases.

You’ve probably had a headache. Or maybe you suffer from knee pain? Such irksome ills are often caused by inflammation. But inflammation isn’t just bothersome – doctors and scientists now know it’s linked to numerous chronic diseases.

Here’s how: When the body undergoes stress – from, say, a bug bite or a sprained ankle – it responds by defending itself against what it perceives as something harmful. We experience this as inflammation, manifesting as swelling or pain.

This is supposed to be a short term reaction; when the fight persists, however, the body keeps producing toxic chemicals to fight the irritants. Those toxic chemicals can eventually travel through the bloodstream, damaging healthy cells in addition to the irritants. In this way, inflammation can lead to chronic diseases in the body and the brain – like arterial disease and Alzheimer’s.

But inflammation is also a symptom of other chronic diseases, such as diabetes.

People with diabetes often have high blood sugar from consuming too many carbohydrates, especially sugar. When they’re bombarded by sugar, cells become desensitized to the sugar-delivery system we call insulin. That leads to the need for more insulin, just to get the sugar delivered to the cells, which leads to more desensitization. This cycle culminates in type 2 diabetes.

What’s more, overproduction of insulin leads to too much insulin in the bloodstream, which eventually becomes an irritant – leading to an inflammatory reaction and all the chronic inflammatory issues listed above.

This is why more research is now being conducted on the relationship between Alzheimer’s and diabetes. Some researchers have even started calling Alzheimer’s “type 3 diabetes.”