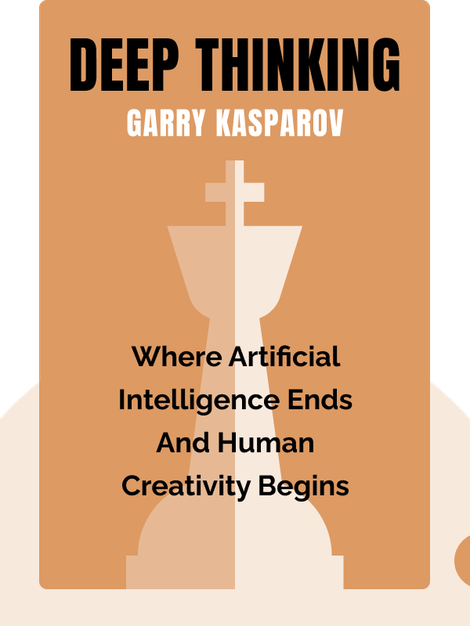 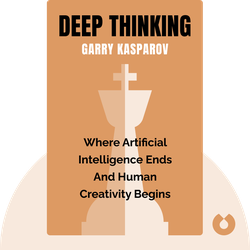 Deep Thinking (2017) looks at the relationship between human intelligence, chess, and artificial intelligence. Chess Grandmaster Garry Kasparov gives readers a look into his favorite game and explains how computers have already surpassed human intelligence, at least when it comes to playing chess.

Garry Kasparov dominated the world of competitive chess for many years after winning his first World Chess Championship in 1985. He is considered to be one of the greatest ever players of the game. He is also a human rights activist and a popular public speaker. As an author, he has contributed to publications such as the Wall Street Journal. His other books include How Life Imitates Chess, and Winter is Coming. 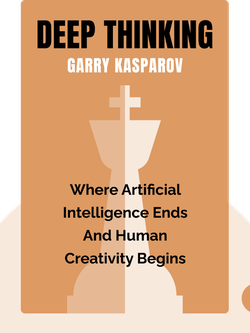 Deep Thinking (2017) looks at the relationship between human intelligence, chess, and artificial intelligence. Chess Grandmaster Garry Kasparov gives readers a look into his favorite game and explains how computers have already surpassed human intelligence, at least when it comes to playing chess.

While chess’s reputation in the West is poor, it is revered in Russia.

Chess is an ancient game, and it’s had a place in Western culture for centuries. But while it's admired by most people, it’s often from a safe distance. That’s probably down to the fact that chess has a certain reputation it just can’t shake.

In the West, chess is seen as a game for nerds. Typically, chess obsessives are thought of as having no life outside the 64 squares of the chess board.

The author, Garry Kasparov, has gone out of his way to challenge such prejudices. However, despite all the interviews he has given where he speaks about politics and history, the media have continued to depict him and other chess players as eccentric oddballs. But actually, they are just ordinary folks with a special talent.

But there are signs of gradual improvement the US, thanks to the introduction of school chess programs. Young children are discovering, without prejudice, that chess can actually be fun.

The American view of chess stands in great contrast to the situation in Russia. There, chess has long been revered.

When Kasparov was growing up, Russia was still part of the Soviet Union. Chess was widely played and extensively promoted. Consequently, it never had the unflattering associations it had in the West. Rather, it had much the same status as any other popular sport, like baseball in the US.

In fact, the tradition of holding chess players and teachers in high regard goes back to Tsarist times. Even though many aristocrats were killed during the Russian Revolution, the aristocratic tradition of playing chess did not die out. Instead, the Communists cultivated and encouraged it. They even went so far as to exempt elite chess players from military service in the ongoing Russian civil war so they could participate in Soviet chess championships.

Start your free Blinkist trial to get unlimited access to key ideas from Deep Thinking and over 3,000 other nonfiction titles. With bitesize text and audio, it's easier than ever to find the right ideas to transform your life.