Why Do Witches Have Broomsticks?

Ever think it was weird that witches are so closely associated with the humble broomstick? It is. It’s very weird.

Many Halloween costumes come and go—any bets on how many kids will be dressed as socially-distant viruses this year? And yet, other forms of Halloween get-up are timeless; think of the classic white-sheeted ghost or plastic-fanged Dracula. Perhaps the most well-known of all Halloween costumes is the witch, with her black cape, pointy black hat, and broomstick.

Back in the early Middle Ages, most women labeled “witches” were healers: experts in herbal remedies and charms. Using their knowledge of various plants, as well as their awareness of the occult, they would help soothe and treat people’s pains and ailments. They were seen as vital members of the community. 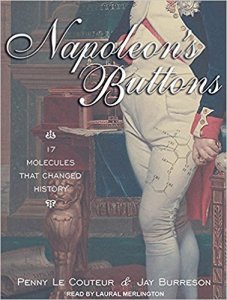 Starting in the mid-1300s, however, according to Penny Le Couteur and Jay Burreson, in their book, Napoleon’s Buttons, society began to clamp down on these healers. As their old-fashioned, pagan-oriented beliefs threatened the authority of the Catholic Church, the Church stoked up the fear that these healers were dabbling in black magic. It worked. Over the next three centuries, hundreds of thousands of women were executed as witches. The fear of witchcraft became so strong, that a mere accusation, even from a child, could lead to arrest. In fact, the hysteria over witchcraft and black magic didn’t die down until the eighteenth century.

In their role as healers, witches had access to and knowledge of plants such as deadly nightshade and mandrake which contained alkaloids, chemicals with a powerful effect on the nervous system. Often they would mix these plants with grease or oil to create ointments known as flying salves. When these flying salves were applied to the skin, they could produce incredibly powerful hallucinations of strange beasts and out-of-body sensations. In fact, these visions were often so vivid, that the women really believed that they had flown off to Sabbats, and this is why many of them actually confessed to witchcraft.

Where the pointy hat comes from is a whole other story.