Are You Being Watched?

A little surveillance goes a long way in boosting productivity

Not everyone who works goes to an office. I don’t do it – not every day, anyway. At present I’m typing from a café around the corner from my Berlin apartment. There’s a cappuccino on the table, polite German indie rock piping from the speakers, and plenty of windows facing a vibrant side street. And there are people – not too many people, but enough that I’m relatively certain I’ll spend more time writing today than frittering away my time on Twitter or rustling the internet bushes for good reads. 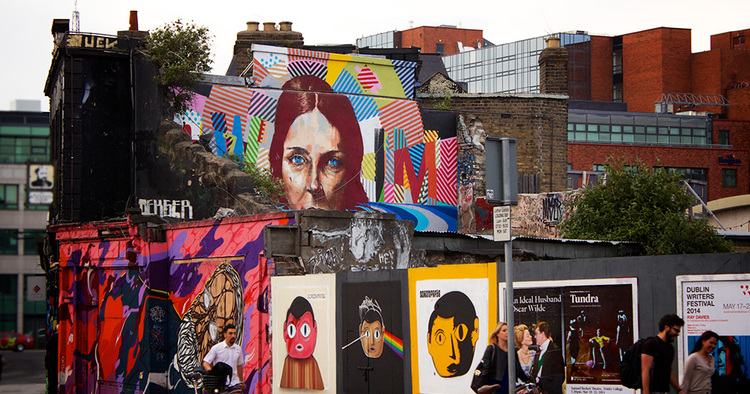 If you’re like me – or most people, for that matter – you’ve seen how having others around can harm your productivity. On the other hand, you’ve probably also observed that the right others-to-you ratio can help keep you accountable. It might be enough to simply have a friend meet you at your work spot, or maybe, like me, it’s positioning yourself in an observable spot in a lightly-trafficked café that helps you stay focused. Whatever works for you, science has proven that having a little bit of company keeps you on task. The surprise is this: even the mere suggestion of other people can keep you focused. 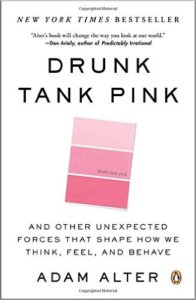 Adam Alter’s Drunk Tank Pink examines how the environment alters our behavior. In it, he cites a 2006 experiment in which researchers from a university psychology department set out to keep staff from taking coffee and tea without contributing a little money toward replenishing the stock. They found that placing a picture of a pair of eyes in the kitchen actually made people more likely to pay – and pay three times more, too. Other studies, this time in lab settings, revealed that even when subjects are told they are anonymous, the presence of eye-like spots on the background of the computer they’re using to complete the task will cause them to perform as though being watched.

In a similar vein, the mere thought of other people’s standards can make us scrutinize our own behaviour. In 2012, the company Opower released an app that allowed users to compete with their neighbors for the title of “most energy efficient.” It turned out that people consumed less electricity if they saw how much they were using relative to others.

What this shows is that the mere presence of other people can make us more self-aware and likely to discipline ourselves. This is good insight for anyone who works remotely from time to time. There’s no need to get as extreme as this gentleman who paid a girl from Craigslist to sit beside him at a café and slap him every time he got off task. You might try a little change of scenery and head to a local coffee shop for a few hours of work. And if you just can’t bear to separate yourself from your bathrobe, find a nice portrait featuring a subject with a forward-looking gaze or print out an image of eyes to post above your desk. Though it might be unsettling at first, there’s a good chance hacking your mind to believe you’re being observed will help you get more done.