Mexico’s general election is July 1st. What effects will the outcome have?

On July 1st, voters will go to the polls in Mexico for their general election. Along with representatives at a local level, they will also elect a new president.

With the developments in the Mexico-US relationship over the past couple of years, any changes in the political structure are bound to have deep ramifications. The front-runner for president, Andrés Manuel López Obrador, has harnessed populism and anti-corruption/anti-establishment rhetoric much in the way Donald Trump did during his own 2015-2016 campaign for the presidency in the US.

The candidate from Mexico’s incumbent ruling party is currently in third place. People are ready for something different.

How will this new dynamic affect the US-Mexico relationship? To help us understand some of the broader context, we can look to Shannon K. O’Neil’s Two Nations Indivisible. In the book, O’Neil explores how these countries have influenced one another in their recent histories. 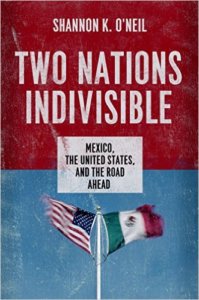 While the results of the vote will have a wide range of impacts, the sectors of immigration and trade will probably be where we see the most visible effects:

A cornerstone of Trump’s presidential campaign was building a wall along the border with Mexico to keep out illegal immigrants. Trump also insisted that Mexico would pay for the wall. Current and former presidents of Mexico insisted they would not.

Much of the image of illegal immigrants crossing the border into the US took shape during the global economic downturn in the 1980s. Since then, Mexico, like many other countries, saw an improvement in living standards that drove up family earnings and drove down family sizes. As a result, more people were moving to Mexico than leaving in 2012.

If Obrador follows through on his populist platform by rooting out corruption and improving social mobility, the result may be we see an increase in Mexicans returning from the US.

With the recent imposition of tariffs by the US on aluminum and steel from Mexico, the Mexican government responded with proposed tariffs of its own on American agricultural products. This kind of tit-for-tat has the potential to escalate, especially if the winner of the July election takes a more populist, aggressive stance toward trade. If a trade war develops, the instability could lead to downturns in both American and Mexican industries and to another period of increased immigration to the US, both legal and illegal.

Whichever way the voters in Mexico decide to go on July 1, we can be sure to see an array of outcomes over the short- and long-term. Perhaps O’Neil is taking notes throughout all this for a potential follow-up to Two Nations Indivisible.

Economics for the Common Good by Jean Tirole 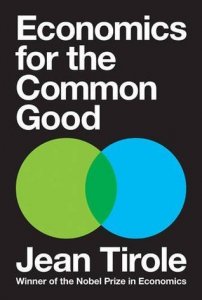 Economics for the Common Good

Economics for the Common Good

Tirole’s book helps us to understand the greater degree to which economics and politics are enmeshed in our current times. While it may not deal directly with the US-Mexico relationship, the book does provide a helpful lens for understanding the intricacies and complexities at play. 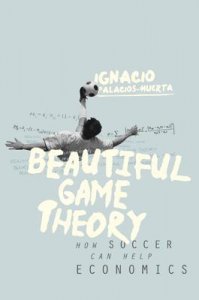 Soccer may not seem like the first thing that would provide insight into the politico-economic process. Breaking the game down into terms of Game Theory, though, unveils a school of thought behind interpersonal relations. Through this, we gain new perspectives on how politicians and business leaders may be viewing the election and its potential outcomes.

A World in Disarray by Richard Haass 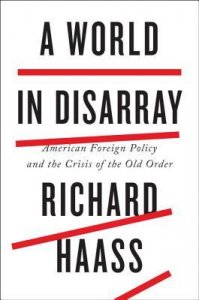 A World in Disarray

A World in Disarray

If all the world’s a stage, then Haass provides the backdrop against which this drama is playing out. This book looks at how political and economic systems in the world have evolved to create the current social ecosystem.