Johann Hari on the Book That Humanized Drug Addiction

Johann Hari is the New York Times bestselling author of Chasing The Scream and Lost Connections. Here, he talks about the one book that could have changed the War on Drugs.

When a person becomes addicted to drugs, our society tends to focus on the illness, not the person suffering from it. This attitude isn’t a normal reaction, but instead was a conscious decision made by the powers that be when the War on Drugs began. And this decision has impacted millions of lives, including New York Times bestselling author, Johann Hari.

Watching his loved one suffer with addiction, Hari went looking for answers about why we treat addicts the way we do. He discovered the real story behind the War on Drugs in a book that predicted the future decades before we got to where we are now.

Listen in as Johann Hari tells Terence about what it was like to discover that the destruction wrought by the war on drugs never had to happen, what an alternative order would look like, and how this new knowledge set Hari on a mission to humanize addiction.

Johann Hari is the author of two New York Times bestselling books. His first, Chasing the Scream: the First and Last Days of the War on Drugs, is currently being adapted into a major Hollywood feature film, and into a non-fiction documentary series. His most recent book, Lost Connections: Uncovering The Real Causes of Depression – and the Unexpected Solutions is being translated into 17 languages and has been praised by a very broad range of people, from Hillary Clinton to Tucker Carlson, from Elton John to Naomi Klein. He gave one of the most-viewed TED talks of all time: his talk, ‘Everything You Think You Know About Addiction is Wrong’, has (along with the animation based on it) been viewed more than 25 million times. He lives half the year in London, and spends the other half of the year traveling to research his books. 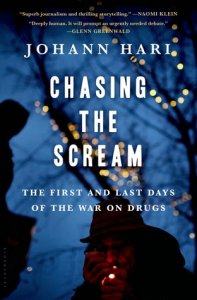 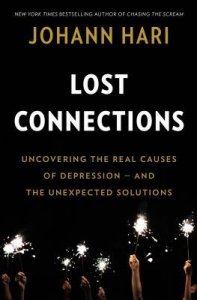 What is Self? Help!

Self? Help! is the podcast for anyone who’s thought: Who the hell am I? What in God’s name am I doing? And how did I get here of all places? Then, to figure it all out, you turned to a book—because you’re that kind of person, and so is your host, Moth Storyteller and creator of Memory Motel, Terence Mickey.

It doesn’t matter from where you seek your guidance—whether it’s Leo Tolstoy or Dr. Seuss. Terence believe that we cannot get enough help in this life and that books are, indeed, magic.

Self? Help! is made by the same people who make Blinkist, a learning app where you can read or listen to the key ideas from a nonfiction bestseller, in just about 15 minutes. You can try Blinkist for free for 14 days when you use the voucher code: hari

It takes a village to raise a podcast

Tell us what you think of this episode by dropping a line to [email protected]. Send us feedback, questions, comments, or even a wish, if that’s what floats your boat. You can Tweet at Terence directly @terence_mickey or Blinkist @blinkist. More than anything, we want to hear about the books that made a deep impact on you, personally. So please tell us, because #booksaremagic and we want to hear all about them!

Link it all together

If you’re looking for some links to click, allow us to recommend these ones: