Water is a basic human right, but it’s also one of the world’s greatest commodities. Here’s what you can do to make sure we don’t run low.

Can you imagine living without water? If you are like me, water is something that you have always taken for granted. It’s a basic human right, right?

Well, that depends. On a lot of things. One of them being where you live.

Due to drought, Cape Town might run out of water

If you live in Cape Town for example, you’ve had to become more than aware of your water consumption in the past months. Following an extended drought in the region, the South African city has seen its water resources dwindle to a point where it’s feared they may run out of water completely. To avoid “Day Zero”, the day that water systems will be turned off and distribution managed through a few public collection points, Cape Town’s inhabitants have learned to make do with less, 50 liters per person per day to be exact. 50 liters of water per person to fulfill their needs for drinking, eating, washing, and waste-handling. As a comparison, the average American uses 370 liters a day. Those who do not comply face fines and public shaming through an interactive map that shows homes that are using more than the imposed water limit.

Cape Town isn’t the first, or last, city to face this problem. Water shortages are a common occurrence in Australian cities and California has also been plagued by drought in recent years. In the Middle East water scarcity is fueling the spread of disease and conflict.

But why does this happen? Water scarcity is largely a man-made problem.

Only 1% of the water on Earth is drinkable

As a starting point, only 1% of the world’s water resources are drinkable. This water can be found in lakes, rivers, glaciers, rain and snowfall, and in the ground where it’s stored in so called “aquifers”.

Agriculture is a thirsty business

The biggest chunk of this water is used for agriculture, growing the crops that feed us and the animals that we eat. Another big consumer of water is industry, followed by public water supply.

A lot of water is lost due to poor management

Across these areas of use, water gets “lost” or polluted as a result of insufficient treatment of wastewater. In addition, water resources get depleted when tapped at a faster rate than they are naturally refilled. These issues are compounded by the greenhouse gases emitted as a general effect of industry production, consumption and related industries, contributing to global warming and subsequently, climate change.

As the Earth warms, freshwater melts into the oceans

Now, global warming, whether you believe in it or not, is causing irrevocable damage to the world’s drinkable water resources. Glaciers and ice caps hold a majority of the world’s freshwater, 68% of it to be exact, and as these melt due to increasing temperatures, tons of freshwater is being lost to the oceans.

We also see more extreme weather: more rain in already wet regions and less in already dry regions. In wet areas this means difficulties managing the massive flows of water and dry areas are increasingly unable to contain what little rain falls. The increasing prevalence of storms in coastal areas risk ruining farmland as storms carry saltwater to landmasses where it mixes with freshwater and the soil, raising the salt quotient.

Our need for potable water is growing

At the same time as we’re depleting our available water resources our need for water is increasing. For two main reasons:

And to make matters worse, private companies own the rights to water sources in many parts of the world, predominantly in developing countries, that they sell for profit. In Chile, for example, 100% of the available water sources are privately owned. In contrast to public water management, private companies act in the best interest of their stakeholders, rather than that of the public. This inspires prices that fluctuate with supply and demand, meaning increasing prices when water is scarce and less equal distribution as many of the world’s poor will be struggling to afford paying for clean water. 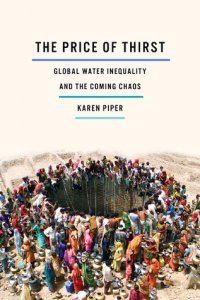 The Price of Thirst

The Price of Thirst

Water at the heart of conflicts

Water scarcity and unequal distribution of water is a contributing cause of current unrest in the Middle East, one example being war-torn Yemen, and is considered to have been one of the catalysts that sparked the revolution that toppled former Egyptian President Hosni Mubarak’s government in 2011.

“People can live in poverty for a long time; they cannot live without water.”
Karen Piper, author of The Price of Thirst

As populated areas dry up, people are forced to migrate, something that we’ve been seeing the effects of especially in Europe over the past years. While this diaspora comes with its own humanitarian challenges, it also puts receiving nations under considerable pressure and, as we’ve seen frightening examples of in Europe and in the US, this is a catalyst for further conflict. Urban areas are, as we’ve learned already, big consumers of water and more pressure on cities means more pressure on water systems.

What can you do?

I’ve painted a fairly dismal picture of our water supplies, but much of the current use of water is tied to our consumption habits and ways of living and there are some easy actions that you can take and encourage others to do as well, that have an impact when compounded.

1. You can change what you eat

One of the easiest ways to decrease the amount of water you use indirectly is through your diet. Meat production uses far more water than the growing of crops and one of the main arguments for a plant-based diet is that it is far more sustainable. As a comparison, it takes 27, 49, 76, and 104 liters of water to produce one pound of potatoes, wheat, maize, and rice respectively. Whereas one pound of beef uses up to 9,000 liters of water. Now, I don’t expect everyone to switch to a fully plant-based diet, but if we would all replace just one weekly meat-meal for a vegetarian it would already make an impact.

Clothing production is another water-intensive industry and there is a lot you can do to become more sustainable in this respect. The first is to be more conscientious in your shopping habits and prioritize quality and timeless garments over trendy clothing that quickly goes out of style. When the clothes you own are timeless, there’s no need to replace them with new and trendy items every season. Buying less clothing will also save you money.

Secondly, it’s worth taking care of the clothes you own so they can have a longer life. This means replacing soles on shoes when these get worn out, repairing holes in clothing, and making alterations to clothes that you’ve grown tired of. I’ve brought many pieces of clothing back from the dead corners of my closet this way.

When you have no use for certain clothes anymore, instead of throwing them away you can give them to friends, sell them at flea markets, donate to goodwill or recycle.

Bonus: Learn about the different kinds of fabrics on the market and their environmental impact to make smarter shopping decisions.

3. Save water, save money

With a few changes to your home you can dramatically reduce the amount of water your household uses:

By replacing your washing machine with a more efficient one you’ll cut water and energy use. Pair that with bigger batches of laundry, less often to increase your impact.

Replace your old toilet with a new one and/or install low-flush or dual flush to decrease the amount of water that goes down the drain. Up to 30% of domestic water use is flushed down the toilet. Literally.

If you’re washing your dishes by hand, consider installing a dishwasher. Dishwashers are more water efficient than washing by hand.

Lastly, by taking shorter showers and installing a low pressure shower head you can further cut down on the amount of water used in your household. The average American shower lasts for just over 8 minutes and uses 65 liters of water.

If you’d like to find out more about the economics of water and why you shouldn’t take water for granted, I recommend the blinks to The Price of Thirst by Karen Piper.

The effects of climate change raise some of the most challenging questions of our time and if you would like to learn more about the issue, check out some of the articles below:

Are We Already Living Through The Sixth Mass Extinction? 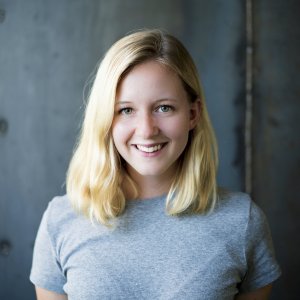 ABOUT THE WRITER
Therese Sivertsson

Therese is a Video Producer at Blinkist and a writer for Blinkist Magazine. She is passionate about sustainability and writes a monthly column on the topic.

She attributes her love for nature to growing up in northern Sweden amid vast spruce and pine forests and underneath the Northern lights. Therese studied Business & Marketing at Stockholm School of Economics.

Therese’s recommended read on Blinkist is The Hidden Life of Trees by Peter Wohlleben.