Personality tests promise to help us better understand ourselves, but what if you’re looking for something more?

In the inaugural episode of Blinkist’s new podcast, Self? Help!, Susan Cain described how taking a personality test changed her life. The personal insights she gained led her to shift her career track in her 30s and to devote more time to writing. As a result, what started as a hobby led to the New York Times bestseller, Quiet.

Cain’s path started with the book Do What You Are by Paul D. Tieger, Barbara Barron, and Kelly Tieger. The authors base their recommended career tracks on the sixteen types found in the Myers-Briggs Type Indicator (MBTI). Needless to say, the personality test Cain took proved effective, recommending that she look to writing as one potential field among many to explore. 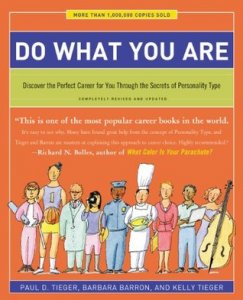 Chances are you’ve taken a personality test yourself of one form or another. The MBTI and the Enneagram are two of the best-known. Many more exist, often descended from the prior two.

Workplaces and schools use personality tests to help employees and students find pathways in their lifestyle and career best-suited to their inclinations or discover how an individual can best contribute to a team. Websites like Buzzfeed and Reddit use them to help you discover which Harry Potter character or Pokemon you are.

Personality tests are usually structured as a multiple-choice questionnaire. After your answers have been tallied, you receive your type. Some employers do put a certain amount of weight to the answers, which can lead people to try and guess just what the “right” answer on a personality test is for that institution. But how accurate would the results be? 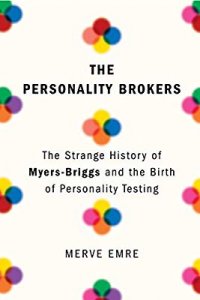 Merve Emre, in her book The Personality Brokers, takes us into the story of Katharine Cook Briggs and Isabel Briggs-Myers, the mother-daughter team who created the MBTI. While the popularity of their work is without question, the scientific rigor of this and other personality tests has come under scrutiny. And, perhaps there are unintended consequences to telling someone they are a specific “type.”

The readout one receives after taking one of these personality tests can, in fact, be quite striking in how “correct” it feels. And it can be tempting to become entirely devoted to developing the strengths listed.

However, typologies can also become a means to deflect criticism or self-reflection. “Well, I’m just a [insert Enneagram or MBTI result here]. That’s who I am. I’m ‘supposed’ to be this way.” What’s left unsaid, but inferred, is “Deal with it.” This kind of lopsided growth can cut one off from developing the broader spectrum of an individual’s personality.

Even Carl Jung himself cautioned against such overdevelopment and over-identification. In many of his writings, he argues such activity causes more problems in the individual. Plus, Jung was not keen on having the typology he described in Psychological Types used as a strict form of categorization. In a foreword to an edition of the book published in Argentina, he called such methodology “a childish parlor game.”

And, this makes sense given that the symbols, dream psychology, and archetypal thinking borne from the researches into mythology, alchemy, and religion Jung is known for were placed at the service of bringing the fundamental blocks of individuality into accord with one another.

Achieving the kind of balance Jungian psychology advocates requires the growth and development of one’s whole personality, not just the parts that show up most of the time. Many of the case studies and societal issues Jung outlines in his books are, at root, caused by the inability of an individual or society to grow beyond a narrow personal image.

“Though personality tests may be useful tools, they do not consign us to a particular fate any more than a hammer and nail on their own define the shape of a house.”

And, in recent years, the books coming out about individual psychology tend to argue against the set-in-stone model most personality tests advocate. It has been a little over ninety years since the first version of the MBTI appeared, and Jung’s Psychological Types is nearly 100. Perhaps it is only reasonable to question the accuracy of the personality tests based on them. Breakthroughs in brain science, psychology, and world history between then and now have brought our earlier assumptions about human personality into question.

Books such as Carol Dweck’s Mindset, Dan Ariely’s The Upside of Irrationality, and the works of Daniel Levitin all bring insights from these contemporary advancements. Today’s scholars have arrived at some different conclusions regarding personality.

Perhaps a better way to look at personality testing is to use statistics and probability. In this case, an MBTI result is not a 100% certainty, but rather a plurality among the sixteen possible results from the test. The other fifteen become less likely to appear, though still possible. I don’t mean this in the sense of dissociative identity disorder, but more as an appreciation for the complexity of each individual’s personality that cannot be accurately portrayed by a number or four letters.

To argue that one’s personality is fixed also does a disservice to the effect that factors such as sleep (or lack thereof), hunger, stress, environment, other people, and such have on which parts of our personality we display at a given time.

“But, that’s not who I am!” you might hear someone say. Often they are trying to dismiss some action or something they said. And perhaps in most cases the statement is true, but in that given moment that person was what they claimed not to be. I tend towards introversion most of the time, but the discussion of certain topics (such as psychology) with certain people will keep me actively engaged for hours. Does that mean I am not myself in those moments?

Such flexibility within our personalities also provides a foundation for growth that can take place over the course of our lives. Though personality tests may be useful tools, they do not consign us to a particular fate any more than a hammer and nail on their own define the shape of a house.